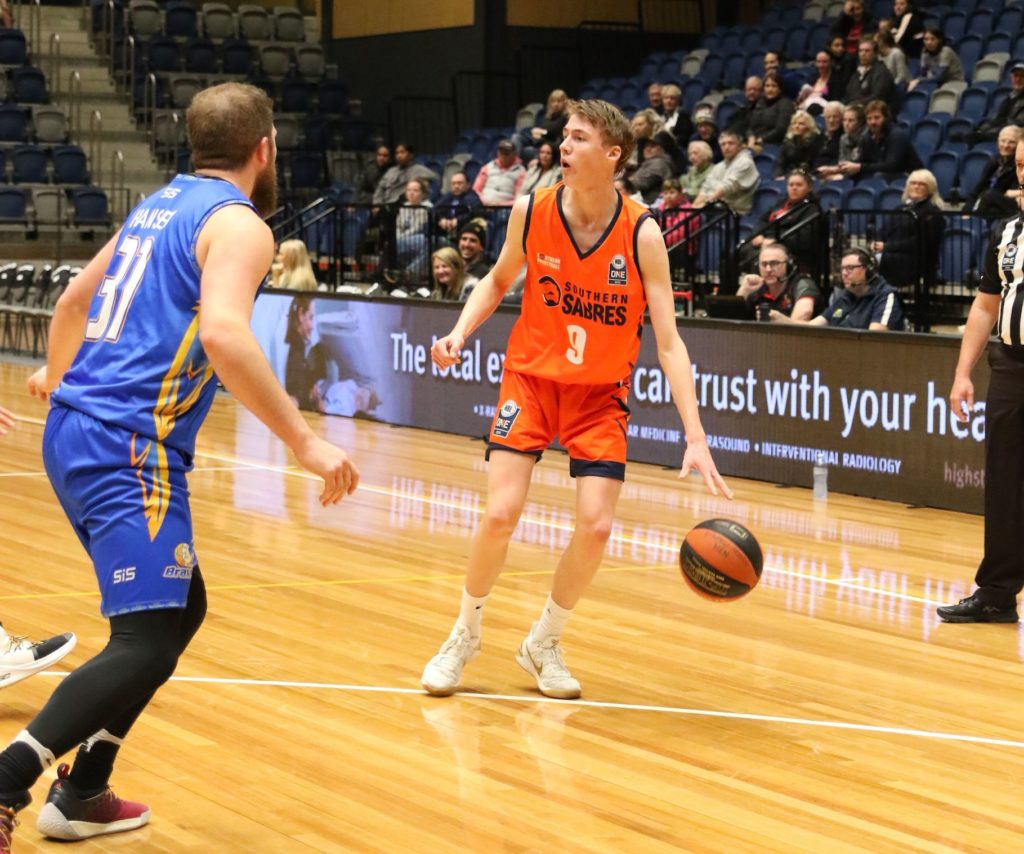 IN light of the COVID-19 global pandemic, the National Basketball League (NBL)1 South Conference has been cancelled this year. As such, while Draft Central intended to do a preview on all teams leading up to the delayed start, it will instead be a team summary from last season and what they might look to improve on for 2021. Today’s edition looks at Southern Sabres’ mens side, the 2019 NBL1 South wooden spooners.

Whilst there was not much to celebrate for the Sabres in terms of on-court success in 2019, there were still plenty of moments to reflect and draw positives from at different points in the NBL1 season. When Melbourne United star, David Barlow was on court he provided a massive boost and a presence, teaming up well with NBL teammate, Sam McDaniel and while the pair only combined for 26 of a possible 40 games, it brought great experience to the others. Due to the nature of player availability, the Sabres were able to share the minutes on-court more as the season went on and a whopping 17 players averaged more than 10 minutes per game – even if it was only for a few games – and a number of young players filtered their way into the side eventually. They went on mini-runs where they won two out of three games, and their accuracy from the free-throw line was superb, ranked second overall at 75.4 per cent, but four of the five starters averaged greater than 85 per cent when fouled. The match of the season came early with a stunning upset over the previously undefeated Kilsyth Cobras as six players recorded double-figure points led by Barlow (25 points, 13 rebounds) in what was a bright moment in a dull season.

The team has plenty to improve on for 2021 statistically, with the Sabres ranked last overall in rebounds and blocks, signalling there was just not enough support in those areas. They had to make do with a lack of consistency through the line-up and in terms of frustration, it could bubble over with 19 personal fouls per game, the second most overall in the competition. The continuity issue is by far the most frustrating for the side, with only the one starter playing every game and the NBL stars limited in their appearances. With a self-imposed restriction on imports to allow the local talent to foster, the Sabres had plenty of solid talent, but ultimately not enough to challenge the top sides.

The Melbourne United big only managed 11 games in the season, finishing with 22.7 points, 8.2 rebounds, 3.7 assists and 1.3 steals per match. He led the side in all the key statistical areas, and his influence when in the side was undoubted. If he had been able to get on the court more then no doubt the Sabres could have chalked up a few more wins, but he was a clear standout in the season when on court.

Teaming up well with Barlow, McDaniel put up strong numbers himself, playing an additional four games to take his season total to 15, and averaging 17.5 points, 7.0 rebounds, 3.1 assists and 1.3 steals per game. In 30.6 minutes per match – the most of any player on the side, McDaniel shot at 53.7 per cent from the field, and added a different element to the side. He had recommitted to the club for the season ahead, so will be keen to see how he goes with another two NBL seasons of experience under his belt.

There were a number of players who could have fitted this area after the two NBL talents, with Carter being one of those after a consistent season. He played 15 games and averaged the third most points per game (11.7) and also picked up 3.5 rebounds, 2.9 assists and led the team in steals (1.8). He was elite from the free-throw line (90 per cent accuracy) and provided an air of experience when Barlow was out of the side, as the only other 30-year-old plus in the team at 35.

Had the rare experience of playing every single match, the only player on the Sabres team to do so. He averaged 21.5 minutes per match and finished the season with 10.2 points, 2.9 rebounds and almost an assist and steal per game. He was accurate from the field in both two and three-point shooting, and sank 11 of his 12 attempts from the free-throw line. Only 17-years-old entering the season, Box could step up and take on more responsibility going forward and be better for the development and experience.

Consistency. The age-old need of just putting it all together on the court. The Sabres had their couple of stars, a young gun coming through and some really solid role players who provided assistance off the bench. They just need to get them all on the court at once and make a real go of it, because as they showed against Kilsyth early on, the Sabres have the talent to match it with the best, it is just about doing it consistently.

The Southern Sabres might not have had the season they would have liked, finishing on the bottom of the NBL1 table. There were many factors that led to the disappointing season, but also plenty of positives to draw for 2021 with a strong off-season and recruitment drive which they had got underway with plenty of optimism. If they can continue that through to the 2021 season, then the only way is up and they should do that.