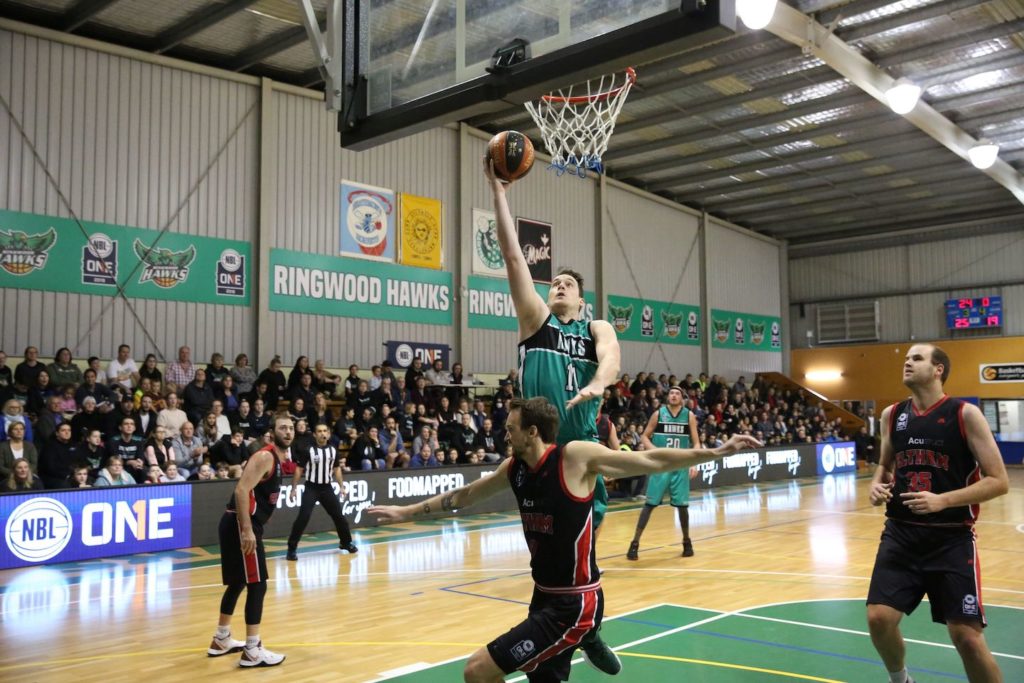 IN light of the COVID-19 global pandemic, the National Basketball League (NBL)1 South Conference has been cancelled this year. As such, while Draft Central intended to do a preview on all teams leading up to the delayed start, it will instead be a team summary from last season and what they might look to improve on for 2021. Today’s edition looks at Ringwood Hawks mens side that ended up in 16th on the table.

It was a really strange season for Ringwood when you analyse the key performance indicators and try and compare them to the results. Often teams that finish in the bottom six are those that have really struggled across the board, whether it is scoring or defending, but the Hawks actually stack up pretty well. In terms of their stats, they ranked inside the top five for all of points, three-point accuracy, defensive rebounds, assists and blocks. For a team that is capable of doing that, one would think the results will come. It shows that offensively they were able to put points on the board, set up offensive transitions, while defensively they denied shots and were able to grab rebounds off opposition shots. Most teams with those kind of numbers would play finals. At their best, the Hawks showed they could beat anyone, toppling eventual grand finalists, Bendigo Braves mid-season. They just could not build up the wins consistently enough to get the points and qualify for finals.

Clearly to finish 16th there has to be a fair few issues, but realistically aside from the win-loss record, the Hawks were simply not that bad. They struggled with second chance points off offensive rebounds, so lifting the accuracy from the two-point jumper might be an improvement to make given they were not able to take full advantage of misses. They were also low on steals per game, with a number of big men instead (just three players under 190cm) being a greater presence on the board. Overall if you do not win a game on the road, you will struggle to challenge for finals as it means you just about have to win every single game at home. The first half of the season winning two from 10 in a stretch from April to June having them 3-8 entering winter all but wrecked their finals hopes.

The 36-year-old forward was strong throughout the season, playing 31.1 minutes on average and topping his team in rebounds with an impressive 9.1 per game. Fennell came close to a double double average because of it, with 16.3 points to-boot, while picking up 2.2 rebounds and 1.0 steals per game. He was a greater than 50 per cent chance from inside the arc and a 37.8 per cent chance from outside it, but struggled when he came to the line with a lower percentage from free-throws than from his two-point shooting. Overall he provided a strong presence and great experience for the team.

The facilitator of the team, Joey Miller teamed up with Matthew Snowball when available to rack up the bulk of the team’s assists. Between them they averaged 13.8 assists, which was 70.4 per cent of the team’s total. Miller’s contribution of 5.8 to go with his 15.5 points made him even more damaging when it came to releasing because it made defenders unsure if he was going to pass or shoot. He averaged the most minutes of any Hawk with 31.8 per game, and averaged 47.6 points from the field and 83 per cent from the line.

A versatile player who could rotate between the guard and forward spots, Gibson put up numbers of 19.0 points, 3.9 rebounds, 1.9 assists and 1.1 steals per game. He was the team’s highest average scorer, making the most of his 112 chances from the field by nailing 56.3 per cent of them. He also dropped the most three-pointers on the opposition with 35.5 per cent accuracy, and was the most reliable from the line with 85.5 efficiency. As the team’s premier points scorer, he could get it done in a number of ways.

The Hawks entered the season with just two players under 25 on their list, and Roberts was one of those. Still a teenager at the start of the year, he played his role in 14 games, running on court an average of 7.6 minutes per match. It gave him great experience and while he only averaged the 1.9 points per game, he was able to taste NBL1 action and it set him up well for his freshman year at Henderson State in the United States.

Consistency. It is pretty simple for the Hawks because statistically they stack up against a lot of the better sides, but on-court they could not get it done in 2019. If they can work on playing at their best for longer and working out more ways to hurt the opposition, then they could easily be a bolter of the competition in 2021.

On paper the Ringwood Hawks had a disappointing year. Looking deeper, they were not as bad as the win-loss ratio might suggest. They stacked up well across the board and while the wins did not come, the experience would have helped, and as one of the older sides in the competition, they know the benchmark and if it all clicks are one to watch for next season.