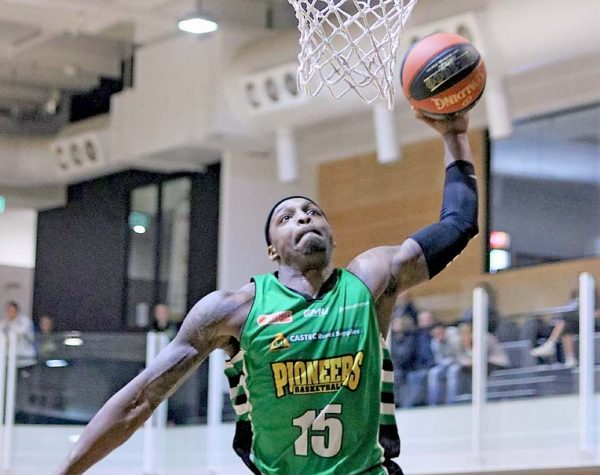 THE National Basketball League (NBL)1 competition was cancelled for the 2020 season, so instead we take a look back at some of the teams that would have been tipping off in the NBL1 Central competition. Today’s side is Mt Gambier Pioneers men’s team that earned the title of minor premiers before ultimately falling short in the grand final.

Without a doubt, Barkley was one of the top performers in the South Australian Premier League, putting up a ridiculous double-double across the season. He averaged almost 25 points per game to go with his 15 rebounds, as well as 3.8 assists, 2.6 steals and 1.1 blocks. Simply, Barkley did it all and off 31.8 minutes too, which is less than a lot of players with those kind of numbers. His two-point shooting was strong, his three-point solid, though not overly used, while his free-throw shooting could still improve. As a whole he was a dominant player and hard to move close to the basket.

Playing the most minutes of anyone on the Pioneers’ team, Daly provided some great playmaking ability to set up his teammates, while taking his chances when they came around. He was not afraid to drop daggers from long-range, nor was he afraid to hand out dimes to others. In 32.1 minutes on court, Daly averaged 22.8 points, 3.9 rebounds, 5.3 assists and 2.1 steals in a really clean season.

Acting as a great back-up to Barkley off the boards, Dickson almost averaged a double-double himself. While he did not attempt a three-pointer at any stage during the season, Dickson was able to get plenty of looks in close to the basket, averaging almost 62 per cent for 12.9 points inside the paint. His free-throw shooting was an area that could be improved, but with 8.9 rebounds and 1.2 blocks, he made life difficult for opposition shooters.

Highlight of the season: Earn the minor premiership

It was a whirlwind of a season for the Pioneers, winning 17 of a possible 20 home and away games and sitting atop the table coming into the finals series. With a win in the final round against Forestville Eagles, and then again in the semi-finals, the stage looked set for the border side to take home a title. It was not to be, with the Eagles winning on their fourth attempt against the Pioneers, and by a comfortable 17 points at that in the decider – the Pioneers’ biggest loss of the year.

Hitting the road for an early Round 2 game after a Round 1 loss, Mt Gambier left the Sabres’ home court with a massive 101-66 victory. The Pioneers never looked like losing with 46 of their 101 points coming off the bench and dominating rebounds (plus 17) and steals (plus nine), and had eight less turnovers. Barkley came off the bench and in 19 minutes sank 21 points, had 13 rebounds and three steals. He was ably assisted by Brad Rathjen (15 points, four rebounds and two steals) and Erik Burdon (14 points, six rebounds and three assists).