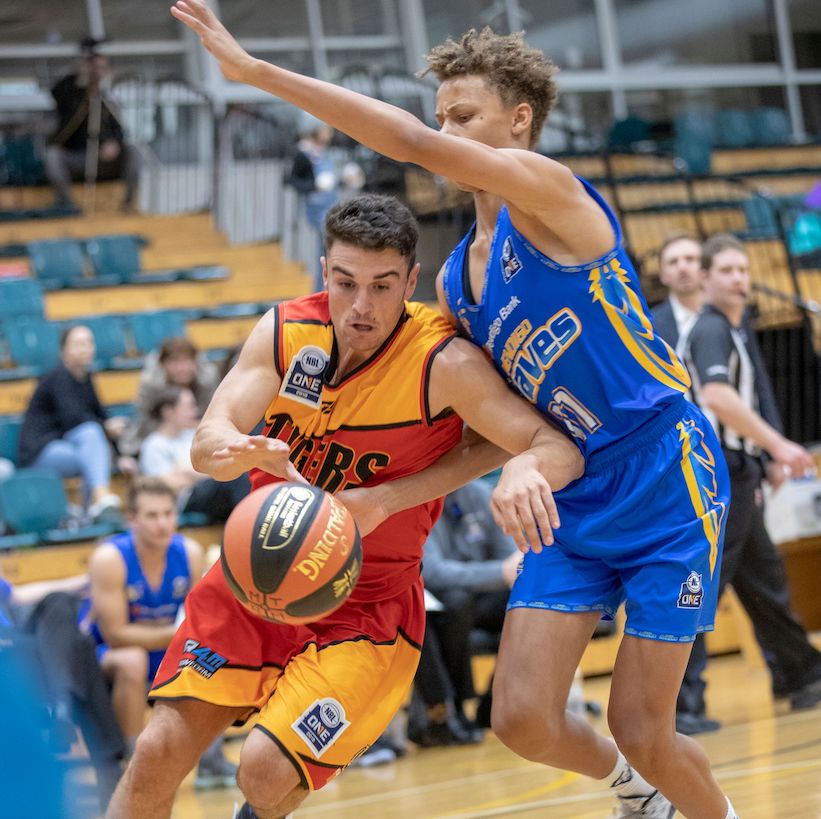 IN light of the COVID-19 global pandemic, the National Basketball League (NBL)1 South Conference has been cancelled this year. As such, while Draft Central intended to do a preview on all teams leading up to the delayed start, it will instead be a team summary from last season and what they might look to improve on for 2021. Today’s edition looks at Melbourne Tigers’ mens side that had a dominant home record, but suffered defeat in the elimination final.

There was plenty that went right for the Tigers in 2019, reaching the NBL1 finals on the back of a barn-storming finish to the year. Outside of three consecutive losses in June-July, they won 10 of the last 14 games – 10 out of 11 outside of that mini losing run – to put themselves in top four contention. Whilst that fell short, the dominance of big men, Dane Pineau and Nic Pozoglou shone out, combining for 38 points and 25 rebounds in a dominant one-two combination. Along with their on-court results, the Tigers also led the league in steals, with 9.9 per game and the duo, along with Mike Wells led the way in that regard. It was no surprise to see them also high up in the rankings for rebounding (second offensive, fourth overall), and incredibly disciplined as well, ranked in the top four in terms of least personal fouls committed. Most of all, their home court at Melbourne Sports and Aquatic Centre (MSAC) became a fortress, losing just the one game there during the regular season to be the most dominant side at home in the competition.

For all the home court dominance, it was quite a shock for fans of the league when the fifth placed Tigers went down to the eighth placed Bendigo Braves who had only just snuck into the post-season series. In that match, the Tigers led at the first two breaks by six and seven points respectively, before a disappointing second half saw Bendigo – led by Ray Turner – produce some unbelievable basketball to run over the top of the Tigers with a 49-32 half and win by 10 points, 86-76. Turner finished with a double-double of 27 points and 15 rebounds, while Pozoglou – missing his partner-in-crime Pineau – put up numbers of 21 points and seven rebounds for the losing side. Aside from ultimately the last match of the season costing them greater success, the Tigers needed to improve their free-throw accuracy, shooting at just 60.5 per cent from the line, as well as the regret of starting slow, winning just two of the first six and playing catch-up, while a trip to Tasmania yielded back-to-back losses against non-finalists.

The NBL1 season would set up Pineau for a strong NBL season with the Sydney Kings, as he would make the NBL1 All-Stars Starting Five off just 13 games. They were a pretty influential 13 games however, with the 206cm forward putting up numbers of 18.6 points, 14.6 rebounds, 2.3 assists, 1.3 steals and 1.2 blocks, seemingly doing it all. He was accurate from the field with 57.8 per cent accuracy, but like his teammates, struggled from the line with a worse free-throw accuracy than his field shooting, recording just 54.2 per cent. Despite this, it really propelled him for a big NBL season.

Pozoglou was a little unlucky not to win post-season awards for his year, which was just as good as Pineau’s considering the future Perth Wildcats talent played every game in the NBL1 season. He averaged 19.2 points, 10.0 rebounds, 3.2 assists and 1.9 steals per game, leading the team in points across the journey. He sank a third of his three-point attempts with a solid long-range game in the competition, and could have been even more effective had it been for his field goal shooting (44.2 per cent) and free-throw shooting (53.8 per cent). Overall though, Pozoglou is coming into the prime of his career and is exciting to watch.

Handy across the board, Luxford was one of four other players outside the top two to average more than 10 points, and the only one to average five rebounds and five assists per game in the side in 2019. He finished the year with 11.6 points and 2.0 steals – leading the team in the latter stat – and while his accuracy was down from the field (39.7 per cent), he still managed a third of his shots from three-point range.

Coming into the season as a 20-year-old, Hickey was able to really establish himself in the Tigers’ lineup. He played in every game, starting in two of them, and averaged 10 points, five rebounds, two assists and one steal per game in season 2019. Most importantly, he stepped up in the absence of Pineau, putting up 19 points and seven rebounds in the finals loss to Bendigo, and it is no doubt he can only get better from here.

A strong center. Whilst the Tigers had an impressive starting five, they realistically made do with taller forwards to play the role of a center, with the two listed centers playing just 11 combined games last year. If they can get another big to play that role, it releases their dominant bigs to focus even more on their offensive game.

The Melbourne Tigers might view 2019 as the season that could have been, because they were dominant at home throughout the year and would have been confident heading into that elimination final. It was not to be, and Bendigo had a ripping finals series, but the Tigers should be strong coming into next year, with plenty of promise to be a title contender.