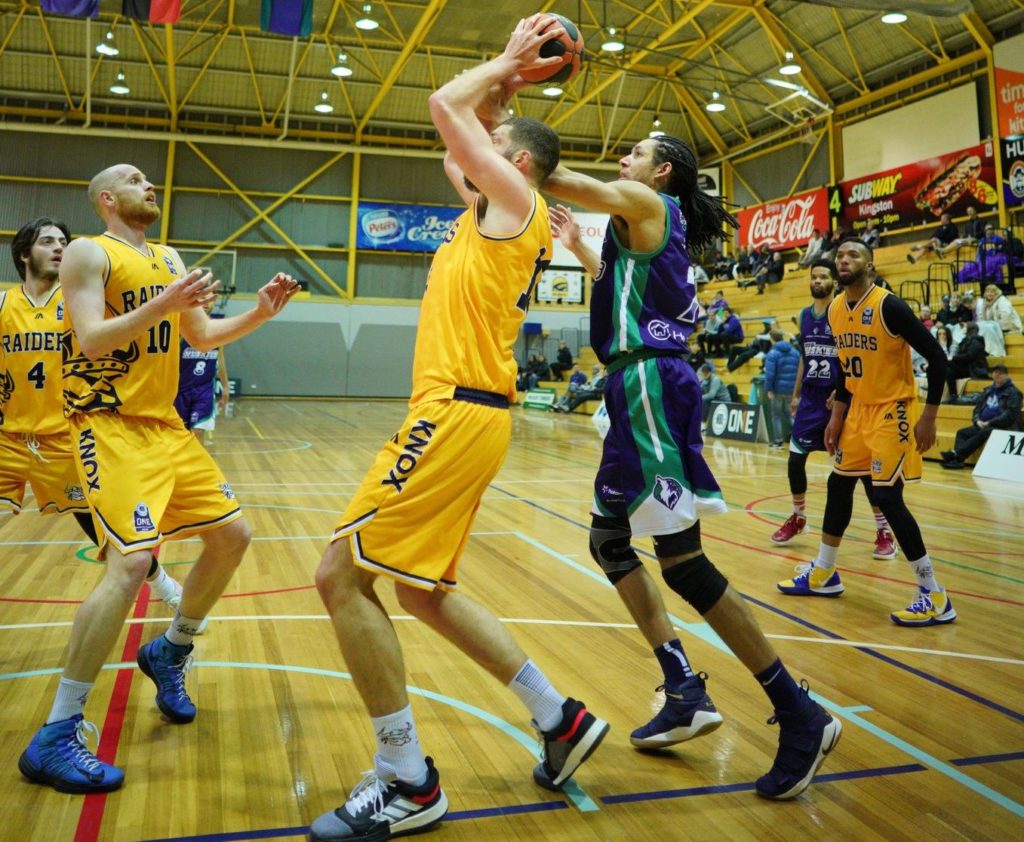 IN light of the COVID-19 global pandemic, the National Basketball League (NBL)1 South Conference has been cancelled this year. As such, while Draft Central intended to do a preview on all teams leading up to the delayed start, it will instead be a team summary from last season and what they might look to improve on for 2021. Today’s edition looks at Knox Raiders who fished in the logjam of sides a couple of wins outside the top eight.

Knox Raiders had a season that could be described as okay, without being anything outstanding. Aside from scoring they did not really struggle across the board, but did not have a particular area that they dominated in either. The Raiders had a number of tight losses, competitive in five games by pushing the opposition to a 10-point or less deficit, and were able to win three out of a possible four games on two occasions. They had a consistent starting five without a dominant scorer, though it still helped them rack up eight wins from 20 games. Holding a 4-6 record at both home and away, the Raiders were able to win a number of lower scoring scraps, but each time they recorded 90 points, they won – including the 90-73 victory over the eventual premiers Nunawading Spectres on the road. No doubt there is plenty of build on, but aside from scoring, the positive to look at is they were able to be mid-table in most other areas.

Consistency and scoring were the two main issues for the Raiders in season 2019. They could not manage to string more than two wins together and started the season with a 1-4 win-loss record. Each time they would bounce back with three of the next four wins, they would slump to three of the next four losses and just could not get into a proper groove to build momentum. They were not a high-scoring team, averaging just the 81.8 points – ranked 17th overall – and averaging 47.8 per cent from two-point range – ranked 16th overall. This did not help the cause, meaning they were often having to win with lower scoring totals, but their defence was fairly solid on most occasions, only really blown away against the Spectres at home in the second meeting where they lost by 40 points. In reality they just never really got going, though they were no pushovers either.

The top scorer on the team, Rose averaged 14.4 points per game, as well as 5.2 rebounds, 3.1 assists and 1.1 steals. He was able to play 30.3 minutes per match across every game, the equal most of any Raiders player. His accuracy from two-point range could improve like a lot of his teammates at 43.8 per cent, but his three-point accuracy was strong at 35.6 per cent, while his free-throw percentage was also among the best in the league at 85.4 per cent. At 31-years-old, Rose stood up and had a consistent year, using his experience to guide his team through the tough times.

Knox’s best player across the board through season 2019, Raines averaged the 30.3 minutes per match like Rose, and recorded team-highs in the rebounding and block statistical areas. He picked up 8.6 boards per game, including 3.2 offensive rebounds, giving his team best opportunity for second chance points. He also denied the opposition with powerful blocks 1.3 times per game on average, and finished the season with 2.7 assists and 12.4 points. He was a deadly shooter from inside the arc (53.2 per cent) and he only took a chance from long-range when he had a high percentage look. He was not as adept from the line though, nailing just 19 of 42 chances. The 206cm forward had a strong year in 2019.

He only played the 12 games but certainly made his presence felt across the court. Hunter averaged 11.9 points and 6.1 rebounds, including 1.7 up the offensive end. He was a dead-eye with his jump shot averaging almost 60 per cent from the field, and then made 18 of a possible 21 attempts from the line. If Hunter had played more matches throughout the season, it could have spurred the Raiders onto a few more wins, but he did what he could in 22.8 minutes. Watch for the 208cm forward in 2021 if he can team up with Raines again.

One of only two players aged 23 or younger coming into the season when the lists were name, the then 19-year-old was able to have an impact off the bench playing in every game. He averaged just the 11.2 minutes per match, which helped him record 2.9 points, 1.8 rebounds, 1.0 assists and 0.9 steals per game. With more time and confidence, Meunier could be picking up around 10, five and five across the 40-minute game and no doubt in the coming years that will be the trajectory he heads towards. Without a great deal of youth on the roster, Meunier provided a nice spark coming off the bench.

A high-volume playmaker. It feels like the Raiders have the consistent team to rely on week-in, week-out, but what they need is that one player who can tear a game open and rip victory from the jaws of defeat. If they could find a player who might average a double-double, particularly when it comes to points and assists, then it would certainly help them rise up the ladder with the reliability that the remaining four players on the side will be good for 50-plus points themselves.

The Knox Raiders had a season they will want to build on in 2021, but it was far from a disaster. They were competitive for the most part, had consistent performers and were able to use their bigs to advantage. If they can just find that bit of X-factor and a way to score more often and with greater consistency, then they can be a team for the future.