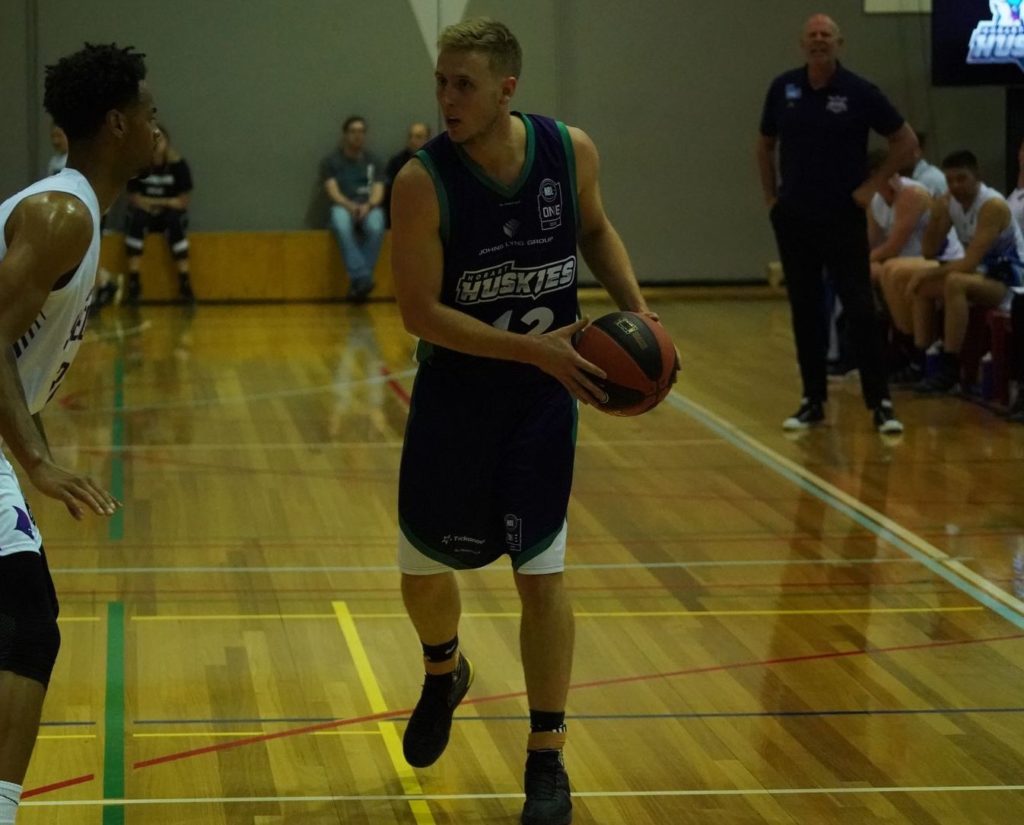 IN light of the COVID-19 global pandemic, the National Basketball League (NBL)1 South Conference has been cancelled this year. As such, while Draft Central intended to do a preview on all teams leading up to the delayed start, it will instead be a team summary from last season and what they might look to improve on for 2021. Today’s edition looks at Hobart Chargers mens side that narrowly missed out on finals with a 50 per cent win-loss record.

Hobart had a number of positives to come out of a season that ultimately fell short of reaching the finals. The Chargers won eight of a possible 11 home games to create some sort of a fortress on the Apple Isle, and one of those losses came against fellow Tasmanian side, North West Thunder which meant Hobart was eight from 10 against Victorian teams at home. They also won five of the last seven, and were among the most disciplined sides in the competition. Hobart committed an average of 15.9 personal fouls per game, which put the Chargers second overall for least fouls committed, while also ranked third in steals, showing they were switched on and able to pick-pocket their opposition. While their accuracy from the field could improve, Hobart had the fifth highest free-throw accuracy which meant when they got to the line, they were usually reliable.

As good as the Chargers were at home, their road trips were something to forget, only winning two of a possible nine games and picked up losses against struggling sides such as Southern Sabres and Diamond Valley Eagles in amongst a five-game losing streak at the start of the season. While they only dropped five games after being 1-5 down at the early stages of 2019, it was catch-up from then on, and they also fell into another mini-hole mid-season with three consecutive losses. A one-point defeat to Melbourne Tigers in the penultimate round was heartbreaking. Statistically, the Chargers struggled with rebounding, ranking last for offensive rebounds and 17th for total rebounds, whilst they also sat 16th overall for three-point shooting in 2019.

The standout Hobart player across the board, Adams was able to play all 20 games and was on court 32.3 minutes per match. He teamed up well with partner-in-crime Tad Dufelmeier for the most part, and the pair did the bulk of the damage to opposition sides. Adams averaged 22.7 points per game, as well as team-highs in offensive rebounds (2.4), defensive rebounds (4.7), total rebounds (7.1) and steals (2.0) per game. He led the way for the Chargers and was consistently among the best on court and the go-to man when it came to shooting. He was predominantly a two-point shooter however, with just 33.3 per cent from long-range.

Unfortunately Dufelmeier only managed the 14 games with the Canberra-born talent having spent time in the United States honing his craft. He averaged 18.8 points per game, shooting at an impressive 60.2 per cent from the field and 35.1 per cent from three-point range, as well as recording 80.0 per cent from the foul line. His performances were enough to see him achieve his dream of being signed by an NBL club, playing five games with Cairns Taipans in the 2019/20 season. Along with his points, Dufelmeier also averaged 6.1 rebounds, 4.9 assists and 1.9 steals per game to be a damaging player who could have been the difference had he managed more games in 2019.

After the top two players the points drop off, but White was still able to put up 9.5 points per game, but more critically, 6.1 rebounds to be equal second with Dufelmeier in the team for that stat. He did not put up as many attempts for the Chargers, but was efficient with 63.5 and 84.6 per cent from two-point range and free-throws where the 201cm forward often got to by using his frame close to the basket. He was ranked third overall in the team for efficiency and used his experience well as the most senior member.

The teenager was a huge positive to come out of the year for the Chargers, averaging 10.8 points, 3.0 rebounds and 2.4 assists from 22.4 minutes on court. He played every game and was able to put up the second most field goals of any player on his side, with 69 from 110 attempts. His accuracy of 62.7 per cent was strong, though he only averaged the 27 per cent and 66.7 per cent from three-point range and the free-throw line which indicates areas of improvement. As a 200cm forward, Richards was able to learn off Wright and share the load, which he will no doubt be better for in the long run.

A third volume shooter. Adams and Dufelmeier was a dominant force when paired up, but the latter still missed four games during the season, and most of the successful sides had at least three dominant shooters, With the duo combining for almost half of the team’s season points average, they need to add an extra shooter, particularly one who can penetrate from long-range and that will add an extra element to the side.

The Hobart Chargers – or Huskies as they were known during the season – had a couple of really impressive stars who shone when on court and caused all sorts of headaches for the opposition. They just lacked depth across the board and despite being ultra-competitive throughout the season, fell short of finals. If they are able to add a player or two who can share the scoring load in 2021, then watch out.