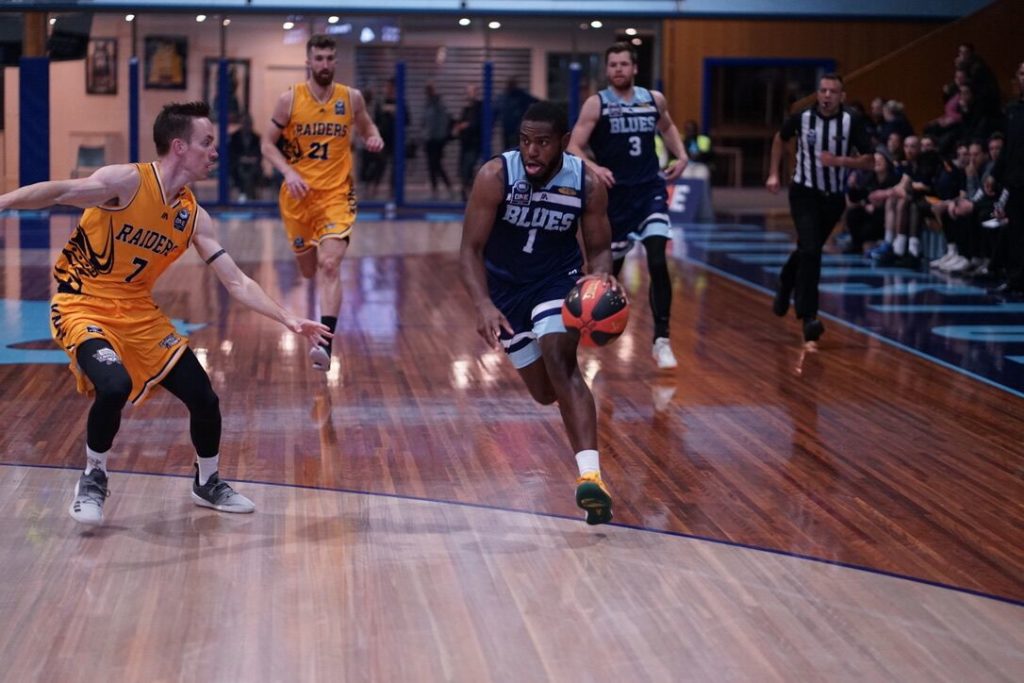 IN light of the COVID-19 global pandemic, the National Basketball League (NBL)1 South Conference has been cancelled this year. As such, while Draft Central intended to do a preview on all teams leading up to the delayed start, it will instead be a team summary from last season and what they might look to improve on for 2021. Today’s edition looks at Frankston Blues mens side that finished top two and won through to a home preliminary final before going down to Bendigo Braves.

Frankston was certainly a high-octane filled side with some powerful scorers who were deadly from inside or outside the arc. The Blues averaged the most points of any side, putting up 93.5 per game across the season, helped by the fact that they were also among the most accurate. In 2019, Frankston topped the list of sides from three-point range with a 39.3 per cent accuracy, as well as a 53.3 per cent efficiency from two-point range, ranked fourth overall.

Defensively the Blues also impressed off the boards with a top two finish in rebounds per game up that end, recording 29 per game. In terms of their season perspective, the Blues overcame a slow start to win 14 of the last 16 games before their ill-fated preliminary final loss. Just as strong at home as away with 7-3 records at both and 6-1 and 7-1 respectively after the first five games, the Blues ended up with a whopping six players totalling double-figure points and five of those had more than five rebounds per game as well.

Not many would have guessed the Blues would have made finals let alone earned a double chance and won in the first week of the post-season series after their rocky start. Losing four of the first five games – but strangely beating one of the title contenders in Geelong – the Blues had to play catch-up for a while before getting back on track. Making it all the way to the preliminary final, they fell short against a red-hot Bendigo Braves outfit, no doubt a game the Blues would love to have again. Statistically the Blues fared lowly in blocks (15th overall) and assists (17th overall), with the former not too much of a concern considering the high volume of shots Frankston was putting up, but the latter is an area to work on for the future.

The leading points scorer for the Blues, Bozeman helped himself to 20.2 points per game during the season. Bozeman was able to shoot from anywhere with efficiencies of 54.1 and 43.9 per cent from two and three-point range, symbolising the team’s dead-eye accuracy. Despite playing 29 minutes per game in the season, he was only the fourth highest player in that area such was the shared court time. Like many of his teammates, he did not waste the opportunity, picking up 5.1 rebounds, 2.5 assists and 1.5 steals for his troubles.

A 193cm guard, Hadziomerovic performed consistently throughout the year and became a reliable source of scoring across the board with similar accuracy to his teammates. He was predominantly a big man who could get to the basket, but also produce the jump shot where he averaged 53 per cent from two-point range and 73.3 per cent when he got to the foul line. Critically, Hadziomerovic also nailed 41.4 per cent of his three-point attempts and topped his side in assists with 2.9, while being handy in rebounds (5.6) and steals (1.0)

Playing the least minutes of the top six players, Young still had his fair share of points with 14 per game from 25.8 minutes per match. He still finished top three in rebounds with 7.2 per game, including 1.9 from the offensive boards, while picking up 1.7 assists and a team-high 1.7 steals per game. At 198cm, the then 25-year-old was able to use his frame to advantage and put pressure on the opposition. He was predominantly one who got close to the basket with all bar one of his field goal successes coming from outside the arc.

The then 22-year-old talent came into the year as one of a number of strong performers who could start in his own right alongside more experience names. Barker averaged 28.3 minutes per match as he put up numbers of 12.6 points, 4.2 rebounds and 1.7 assists. He shot at 41.3 per cent accuracy from long range, which was almost better than his could-be-improved accuracy of 41.5 per cent from two-point range. When fouled, the 188cm guard hardly ever missed with an elite 87.2 per cent accuracy from the line.

A playmaker. Frankston had an abundance of talent when it came to scoring and rebounding, and while that worked for them for the most part, the highest assist-driven player was Hadziomerovic with 2.9. If the Blues could find a player who is able to dish out dimes with ease, then that would add a different element to the game, because they had the rare ability to have five players on court who could both score and rebound the ball, so they would not lose out by picking up a playmaker in the process.

The Frankston Blues were an exciting team in 2019 with five players recording more than 10 points and five rebounds per game, and the top six sharing at least 25 minutes on court per match. They came so close but ultimately fell short of the NBL1 title, something they will be in the running for again with most of their players still in their primes.