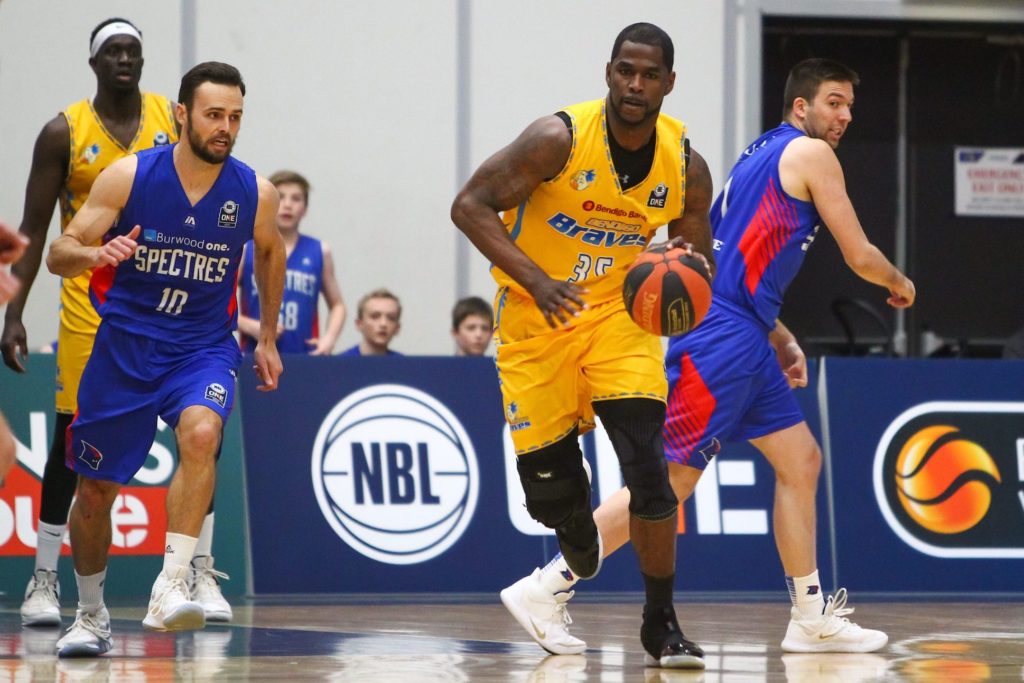 IN light of the COVID-19 global pandemic, the National Basketball League (NBL)1 South Conference has been cancelled this year. As such, while Draft Central intended to do a preview on all teams leading up to the delayed start, it will instead be a team summary from last season and what they might look to improve on for 2021. Today’s edition looks at Bendigo Braves who snuck into the finals in eighth and then stunned the competition with a run all the way to the decider before falling a win short of glory.

They were the team that snuck up on the rest of the competition and stepped up at the pointy end of the season. Bendigo Braves came from the clouds to be the clear standout performer when it counted most, winning seven of the last eight games of the season leading into the 2019 NBL1 Grand Final, rolling with momentum and storming to the most unlikely of grand final appearances from 8th. The country-based side had to travel for six consecutive weeks, with the last home game being a loss to non-finalists, Albury Wodonga Bandits on July 12. Few would have predicted what happened next, but the Braves went on an absolute tear and claimed scalps on the road of Knox Raiders, Geelong Supercats, Melbourne Tigers, Kilsyth Cobras and Frankston Blues before eventually succumbing in an action-packed grand final to Nunawading Spectres. Ray Turner deservedly earned a spot in the NBL1 All-Star Starting Five and was a key in getting Bendigo over the line during the finals series. Statistically, the Braves were deadly from two-point range with a 54.8 success rate showing just how important efficiency can be in a season. They also ranked third overall in defensive rebounds and performed when it counted most, even if they fell short of an almost dream run from 8th.

There is not too much to be critical of when it comes to Braves’ season, though they did lose three consecutive games twice, including against sides that they should have beaten. In hindsight it mattered little and statistically the only areas they struggled were in free-throw accuracy where they recorded a 65.1 per cent efficiency to be ranked 16th in the competition, and in steals where they had the second lowest total of 5.7 per game. Otherwise the biggest regret would be the second and third quarters of the grand final. At quarter time, the Braves had stunned Nunawading Spectres to be 33-19 up and looked set to complete the most sensation finals run, only to be overwhelmed over the next two periods, 58-34 and fall 10 points behind. They managed to stem the flow in the final term, but the damage was done and they went down by nine points at the final buzzer.

With a deadly accuracy from two-point range, Turner was unbelievable with his ability to score and collect the rebounds, finishing the season with a double-double of 23.4 points and 12.3 rebounds as well as picking up more than an assist, steal and block per game. He was not as efficient from the free-throw line at just 69 per cent, but his finals series was the best of any player out there with a month of games that were hard to fathom. He put up numbers of 26.0 points, 12.3 rebounds, 2.3 steals and 1.3 blocks per game across the four matches, including 24 points, nine rebounds, four steals and two blocks in the decider. What a season it was.

Playing 22 of a possible 24 games, Burton averaged 14.5 points, 5.3 rebounds, 5.5 assists and 1.3 steals per game in a season that would have been praised even more had it not been for Turner’s remarkable year. He led the team in assists and steals, and was equal second in blocks with 0.7 per match, and still managed a 36.7 per cent efficiency rate from beyond the arc. He teamed up well with Turner and was able to have an influence across the board, recording the second highest efficiency rating of any Brave this season.

Combining well with Turner when it came to scoring, Muo averaged 20.4 points from 19 games and added a different element to the side than his All-Star teammate. He was the most deadly from the free-throw line at 86.7 per cent, and was the three-point specialist with 57 makes the most of anyone on his side at 42.2 per cent efficiency. Muo also averaged 5.3 rebounds and 1.9 assists per game during the 2019 season and was often able to find space due to the close checking of his teammates.

The 16-year-old Vic Country representative did not look out of place running out on court for the Braves in 14 appearances. He even started in two, and while his shooting accuracy could improve – with the increased pressure compared to the junior leagues – he still managed to pick up 2.5 points, 1.4 rebounds, 2.1 assists and 1.1 steals per game. In particular his ability to pickpocket the opposition was a highlight of his game, ranked third overall on the team for the stat behind Turner and Burton.

Free-throw practice. It might seem fairly straightforward, but when you have a number of bigs who are able to get to the basket and potentially cop a foul, it is crucial to nail the follow-up free-throws. Unfortunately it is an area that could improve for the Braves, and there is not a great deal else they need to sharpen up, with a three-prong scoring attack and good depth able to provide great rotations across the court.

The Bendigo Braves had a wonderful end to the season after it looked to not be their year prior to the final month. The saying ‘you have to be in it to win it’ could not be more true as grabbing eighth spot, the Braves made the most of it, and aside from falling short in the decider, should be thrilled with what they accomplished in season 2019.