NBL1 round three conclusion: Bendigo and Geelong complete the double 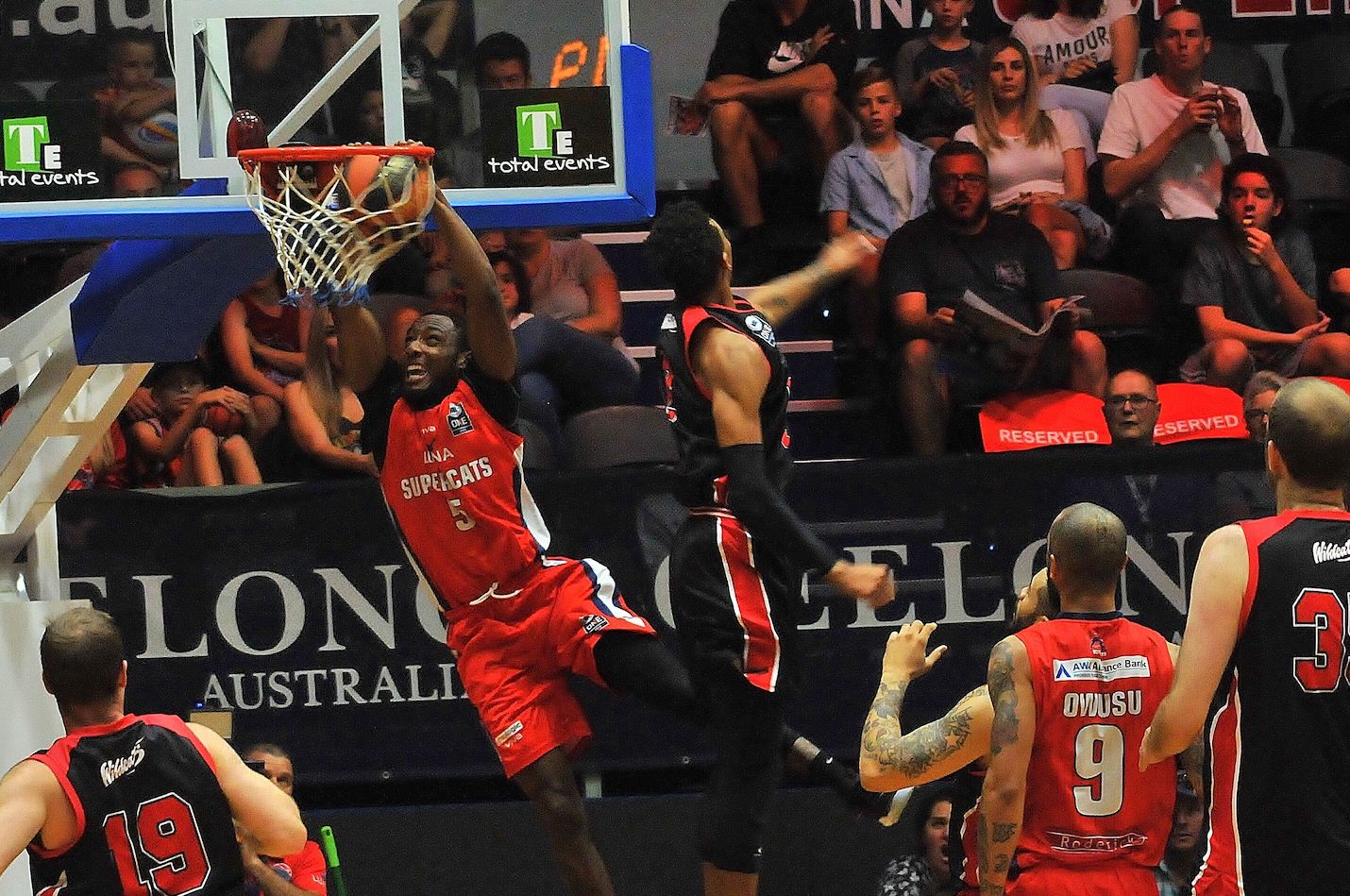 BENDIGO Braves and Geelong Supercats have rounded out Round 3 of the National Basketball League (NBL)1 with wins in their standalone clashes with Frankston Blues and Eltham Wildcats over the long weekend. The Braves won by 18 points in the women’s competition and 15 points in the men’s, while Geelong won more convincingly in 36 and 31-point victories over the Wildcats in the women’s and men’s competitions respectively.

The Braves started strongly in front of a home crowd, racing to an eight-point lead at quarter time before blowing the Blues away with a 32-14 second term to hold a massive 26-point lead at the main break. Frankston hit back to reduce the deficit by one heading into the last term, before slicing it by a further seven to make it more respectable, but ultimately were still 18 points short of victory. Gabrielle Richards sunk 29 points at 72.2 per cent from the field as well as 15 rebounds, seven assists and two blocks in a superb game from the strong center. Nadeen Payne collected 25 points and had four rebounds, while Tessa Lavey had a day out with 22 and six. Kelly Wilson was the other player who found plenty of the ball up the scoring end with 17 points, a massive 16 assists, and eight rebounds. For Frankston, Steph Reid led the way with points scoring, finishing the game with 22 as well as six assists and two rebounds. Taylor Lee had 17 points, seven assists and three rebounds, while Saraid Taylor (13 points) and JoAnna Smith (10 points and three steals) also reached double figures.

In the men’s match, it was Frankston that started stronger, leading by two points at the first break. Bendigo hit back to level the scores by half-time and never looked like losing in the second half. The Braves piled on 46 points to 31 in the second half to run out winners, 88-73. Jake Cowling was the top points scorer for the winners, piling on 19 points and five rebounds, while Matthew Andronicos was unstoppable across the court, sinking 16 points at 77.8 per cent accuracy, while also notching up 10 rebounds – eight defensive. Ray Turner also picked up 16 points, while finishing with four rebounds, two assists and two blocks, while Chris Hogan was strong all-round with 10 points, six rebounds and four assists. For Frankston, Damon Bozeman had 19 points, nine rebounds – seven defensive – as well as two assists, while Majok Majok was enormous off the back boards with 14 points, 15 rebounds – eight offensive, seven defensive – as well as four assists and a steal. Igor Hadziomerovic (17 points, six rebounds and three assists) was also prolific in a losing side.

In the women’s game at Geelong, the Supercats were far too good for Eltham Wildcats, scoring more than 20 points in three of the four quarters, and restricting the Wildcats to 15 points or less in three terms as well. After leading by six in a high-scoring opening quarter, the Supercats extended the margin out to 15 by the main break and never looked back, breaking away in the third term to hold a 23-point lead before finishing with a 36-point advantage at the final buzzer courtesy of a 28-15 final term. Recently drafted Women’s National Basketball Association (WNBA) star, Ezi Magbegor was dominant with 21 points at 81.8 per cent from the field, as well as five rebounds and three steals. Alongside her, Sara Blicavs had 18 points, four rebounds, three assists and two steals, while Zitina Aokuso also registered 18 points, while amassing a team-high nine rebounds. Alex Duck contributed with 13 points, seven rebounds and two assists as well. For the Wildcats, Margaret Mulligan was the dominant scorer, posting 18 points, 11 rebounds and five assists to be the standout Wildcat on the night, while Chelsea Brook (11 points, four rebounds) was the other double-figure scorer fo the losing side.

In the final game of the round, Geelong Supercats ran all over Eltham Wildcats in the men’s competition. While the Wildcats won the final term, 21-19, it was well and truly over by then as the home side won the first three quarters by seven, nine and 17 points in a one-sided affair. Demarcus Gatlin was sensational for the Supercats, shooting 28 points, five rebounds, five assists and two blocks, while Anthony Williams on debut was busy with 21 points, six defensive rebounds, four assists and four steals. Lewis Thomas had a team-high 13 rebounds to go with 19 points and three assists, while Ma’alo Hicks and Nick Owusu combined for 17 points, 13 rebounds, six assists and four steals, both shooting at greater than 75 per cent from the field. For the losers, Simon Bradbury top scored with 17 points, not missing a shot all night, while also recording eight rebounds, four each off opposite back boards. Grandy Glaze had a night out with 16 points, 16 rebounds and three assists, while Josh Sykes had another 13 points, six rebounds and two assists. Adam Doyle was the other player who stood tall in defeat, registering 12 points, five rebounds and four assists in the match.