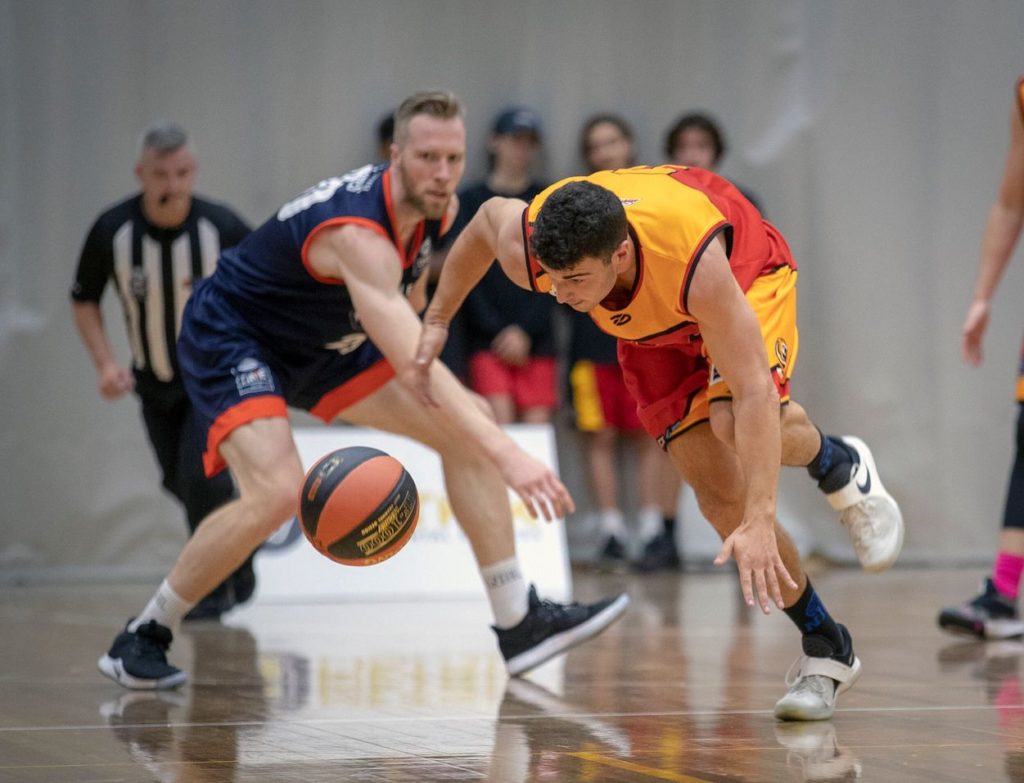 A MASSIVE top-of-the-table clash highlights the biggest round in National Basketball League (NBL)1 history on Saturday, as Kilsyth Cobras having won six of the seven games thus far, take on the undefeated Ballarat Miners who are five from five and fresh off a smashing of Albury Wodonga Bandits. The Cobras had a shock loss to Southern Sabres last round and will be keen to bounce back, but the game is just one of 14 across the competition, the most for the season. Peter Hooley is a player to watch for the Cobras, averaging 19.3 points, 5.6 assists and 3.9 rebounds per game, while for the Miners, Jerry Evans Jr is averaging 20.8 points, 9.8 rebounds, 2.5 steals and 2.0 assists per game.

Friday night under lights will see Hobart Huskies hosting Dandenong Rangers. The Huskies won their last clash, while Dandenong dropped its last game, but the Rangers will head in as favourites given their depth across the court. A lot of the workload for the Huskies falls on Jalen Adams (24.6 points, 7.7 rebounds, 3.1 steals and 1.7 assists), however the introduction of Tad Dufelmeier (30 points, four assists and one steal on debut) could be the injection of talent needed for the Huskies who are still 2-5 from seven games. The Rangers will need to back-up from that game with a Saturday match against North West Thunder as part of the two-game Tasmanian road trip. Lucas Barker ( 17.1 points, 4.0 rebounds, 5.4 assists and 1.7 steals per game) and Sam Froling (15.3 points, 7.3 rebounds per game) have been two players standing out so far this season for the Rangers. Nick Banyard has been on fire lately for the Thunder, averaging 18.1 points, 7.9 rebounds and 2.7 assists, with the Thunder inside the top eight now.

After Ballarat’s first game against Kilsyth, they have to face Eltham Wildcats with the Wildcats not only facing the Miners, but Frankston Blues as well over the weekend. Grandy Glaze has been enormous on the glass averaging 11.5 rebounds – ranked third in the league – as well as 16.8 points. Frankston Blues have their own star rebounder with Majok Majok averaging 10.3 rebounds as well as 12.7 points. Elsewhere on Saturday, Geelong Supercats going up against a vengeful Albury Wondonga Bandits will be an entertaining game. Ken-Jah Boseley (26.8 points, 5.8 rebounds) was held to his lowest scoring game of the season last match in the Bandits’ huge loss to the Miners and will be keen to bounce back, while the Supercats have an even spread across the team and are in the log-jam of teams looking to break free from the pack. Demarcus Gatlin is the player to watch, averaging 22.1 points, 7.0 rebounds, 4.0 assists and 2.0 steals per game.

Another side that plays two matches across the weekend is Waverley Falcons, coming up against Ringwood Hawks on Saturday, and Basketball Centre of Excellence (CoE) on Sunday. The Falcons sit balanced at 3-3 in eleventh, but would be hoping to bounce back after two losses last round at home. Deondre McWhorter has been in superb form for the Falcons, averaging 19.8 points and 7.5 rebounds per game, and will be keen to continue that form across the weekend. The Hawks have struggled of late, and look to Jacob Gibson on the scoring end, who is ranked sixth in the competition for points, averaging 22.3 per game. Likewise the CoE have a standout shooter in Alex Ducas (ninth in NBL1), averaging 21.0 points per game. The CoE also take on Knox Raiders the day before who are hoping to build on their last round win.

A team in form after having a horror start to the season is Diamond Valley Eagles, who have won their past two games after losing their opening four matches. The Eagles have struggled to score and average the second least points for this season. They have Joel Spear who is averaging 13.7 points per game, as well as 4.7 rebounds and 4.3 assists. They face Melbourne Tigers who have Nic Pozoglou in their line-up, ranked fifth for points and eleventh for rebounds in the competition, helping himself to 22.6 points and 9.4 rebounds so far in season 2019. The Eagles will need to contain him if they are to be any chance of victory. The Tigers will also take on Ringwood Hawks on the Sunday in what could be a percentage-boosting weekend coming up against the bottom two sides. The Eagles also face the Bandits in another tough match for them this weekend.

In the other games, Southern Sabres fresh off their upset win over Kilsyth Cobras take on Nunawading Spectres, with David Barlow the main man in form. Ranked equal third in the competition for points, Barlow has averaged 24.6 points as well as 9.8 rebounds and 3.6 assists per game. The battle against Dain Swetalla off the boards could be interesting with Swetalla averaging 10.3 rebounds, 2.2 assists and 18.7 points. Meanwhile Bendigo Braves take on Geelong Supercats in the final game of the round, with Bendigo on a hot streak winning its past three matches, hoping to jump ahead of Geelong with the win.