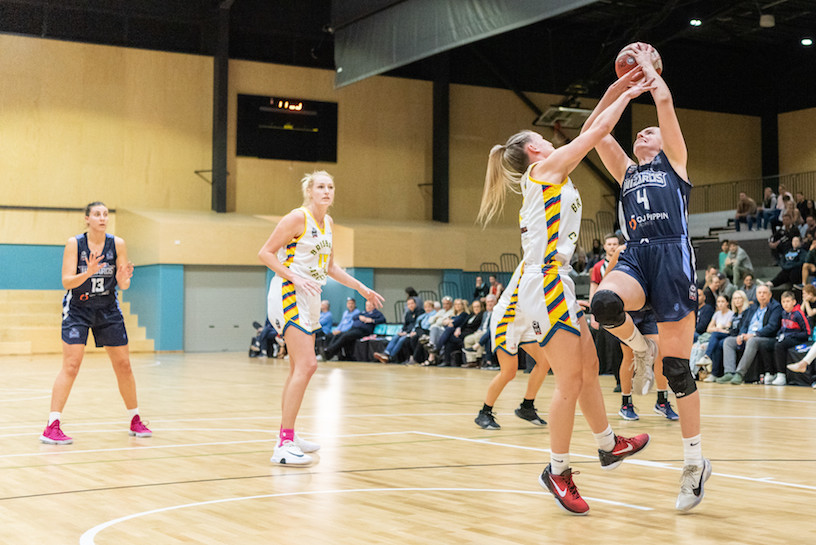 THERE were a number of tight contests in the National Basketball League (NBL)1 North, particularly in the men’s division as we recap some of the big results and top individual performances from Round 3 of the competitions.

Brisbane Capitals survived a scare from Northside Wizards to stand up in the final term and record a four-point win on the road. The Capitals trailed by five points at quarter time and four points at half-time, then drew level at the final break before scoring 22 points to 18 in the last term to record a victory by that exact difference – four points – 78-74. The win negated out the Capitals’ disappointing 16-point defeat to Sunshine Coast Phoenix the night before and moved them to an even 2-2 start to the season.

The Thunder then went on to smash Northside Wizards by 48 points, piling on 34 points to nine in the third quarter to eventually win, 103-55 at home. Ruef (23 points, 17 rebounds) was the key player in the win as the Thunder proved far too good for Woods (18 points, seven rebounds, three assists and two steals) and her Wizards. In the Capitals’ Friday night loss to the Phoenix, Essex again tried hard with a dominant 27 points, nine rebounds and two assists, but her team could not contain Sunshine Coast and the likes of Kathleen McLeod (18 points, 10 assists and six rebounds), Jennifer Carden-Davis (24 points, six rebounds and two steals) and Amy Browne (19 points, five rebounds and two assists) in the 92-76 result.

In other results, Mackay Meteorettes, Townsville Flames and Southern District Spartans all continued their winning runs, picking up their third consecutive victories, whilst the Phoenix knocked off Red City Roar by 20 points to also move to a 3-1 record in the 2021 NBL1 North season.

Cairns Marlins ended Townsville Heat’s winning start to season, ending the Heat’s two-game unbeaten run with a six-point victory at home. The Marlins won 88-82, in what was a see-sawing contest. Cairns lead by two points at quarter time, before trailing by a point at the half. Townsville turned up the heat in the third term to extend the lead out to four at the final break, but a dominant final term by the home team – which saw them pile on 22 points to 12 – resulted in Cairns running away with an eight-point victory.

Mackay Meteors survived a scare from the winless Rockhampton Rockets to secure an 11-point win. Trailing by 23 points at the final break, the Rockets piled on 35-23 points in the last term to show what they are capable of, but it would not be enough, going down 85-96. Emmanuel Malou (23 points, 11 rebounds) and Jerron Jamerson (24 points, eight rebounds and eight assists) did all the damage for the Meteors, while Kon Anguik (15 points, nine rebounds, three assists and three steals) and Josh Wilcher (17 points, four rebounds and four assists) were among the best players for Rockhampton.

Northside Wizards ended Brisbane Capitals’ three-game winning streak with a 96-79 victory, picking up their second win in the process. Whilst the Capitals were coming off a seven-point win over Sunshine Coast Phoenix the night before, and the Wizards would end up going on to lose to Logan Thunder by 19 points the following day, it was Northside that came away with the 17-point win. Jesse Ghee put up 23 points, eight rebounds and five assists, teaming up well with Aiden Krause (16 points, eight rebounds, four assists and two steals) in the win. Nicholas Stoddart (23 points, five assists and five steals) and Jacob Wilson (17 points, seven rebounds) were the best scorers for the Capitals, as Ben Volkman (10 points, eight rebounds and seven assists) almost walked away with a triple-double.

Meanwhile the Sunshine Coast Phoenix came away with two counter-contrasting tight results, losing to Brisbane Capitals by seven points on Friday night, before posting a five-point win over Red City Roar on Saturday. Jamaal Robateau averaged 28 points, six rebounds, 4.5 steals and 3.5 assists across the two games, as Nelson Kahler (15 points, nine rebounds) and Oscar Cluff (13 points, seven rebounds) also averaged some big numbers. Stoddart (26 points, four rebounds) and Wilston (16 points, six rebounds and three assists) were the best for the Capitals in that win, whilst Kian Dennis (34 points, five rebounds and four assists) and Kobe McDowell-White (28 points, five rebounds, five assists and three steals) did all the heavy lifting for the Roar, shooting a combined 11 of 18 from three-point range in the win.

In the other two games, Logan Thunder posted back-to-back wins with a 26-point victory on the road against South West Metro Pirates (107-81), before heading back home to win 93-74 over Northside Wizards to remain on top of the table with a 4-0 record in the opening three rounds of the NBL1 North season.