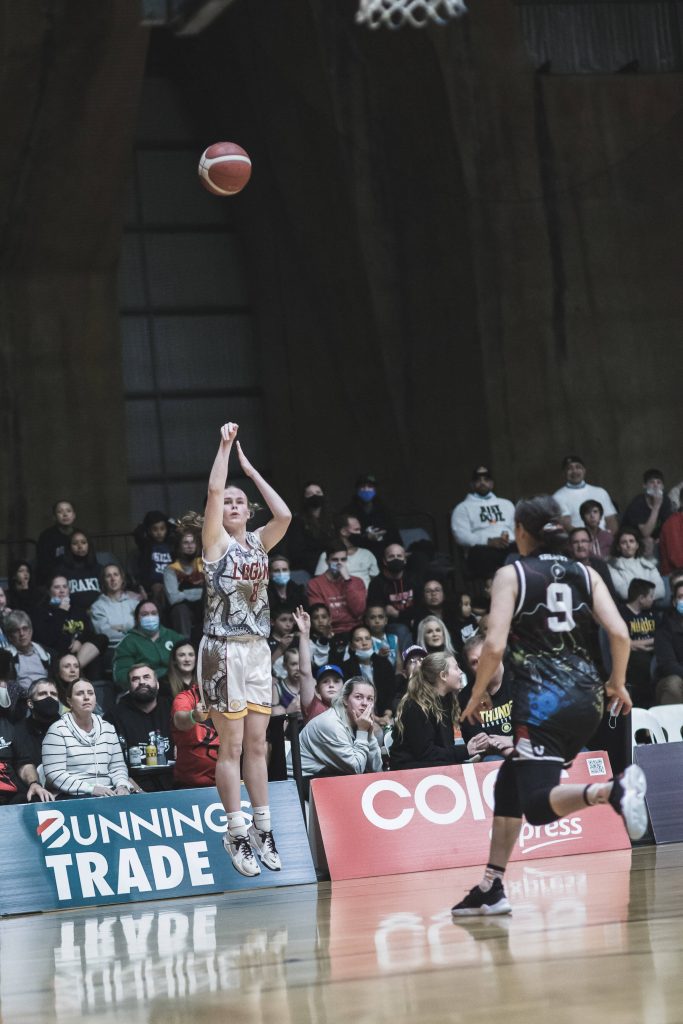 THE National Basketball League(NBL)1’s North Women’s league kicked off their best of three grand final series on Friday night, with the Logan Thunder claiming a 75-71 point victory against the Southern District Spartans at Rowland Cowan Stadium.

The game proved to be tightly contested throughout all four quarters. The Thunder jumped out to an early lead, thanks to some impressive shooting from Thunder captain Mikaela Cann in the first term, and led at quarter time 14-9. This margin would stick around for the remainder of the game, with the Spartans unable to steal the lead and the Thunder not being able to break away. Clutch free throws in the dying stages of the match sealed the win, and the Thunder now take a 1-0 lead into Saturday night’s crucial game two.

One of the game’s deciding factors proved to be the Thunder’s ability to draw fouls and head to the free throw line. The victors shot 24 attempts, making 15 of those, while the Spartans were only able to make three shots from six attempts. In a game that was decided by just four points, the extra 12 from the charity stripe proved to be crucial in deciding the end result.

For the Thunder, Cann led the way with an impressive 27 points to drive her side to a win, and showcased her eye-catching ability to score from deep, nailing three of her four shots from behind the three-point line. Thunder center Mikaela Ruef was unfortunately inaccurate from the field (0-10) but nailed six free throws and more importantly, pulled down a whopping 21 rebounds, with eight of those offensively. Despite a poor night offensively, Ruef was able to stamp her authority on the game, crashing the boards with intent any given opportunity.

For the Spartans, Maddison Rocci battled hard all night and nearly dragged her side over the line, pouring in 18 points and seven rebounds in a commendable effort. She was well-aided by teammates Nadeen Payne and Kalani Purcell who added sixteen points each.

The series continues tonight, as the Spartans look to tie the series, while the Thunder will be looking to get the job done in one less game than needed.