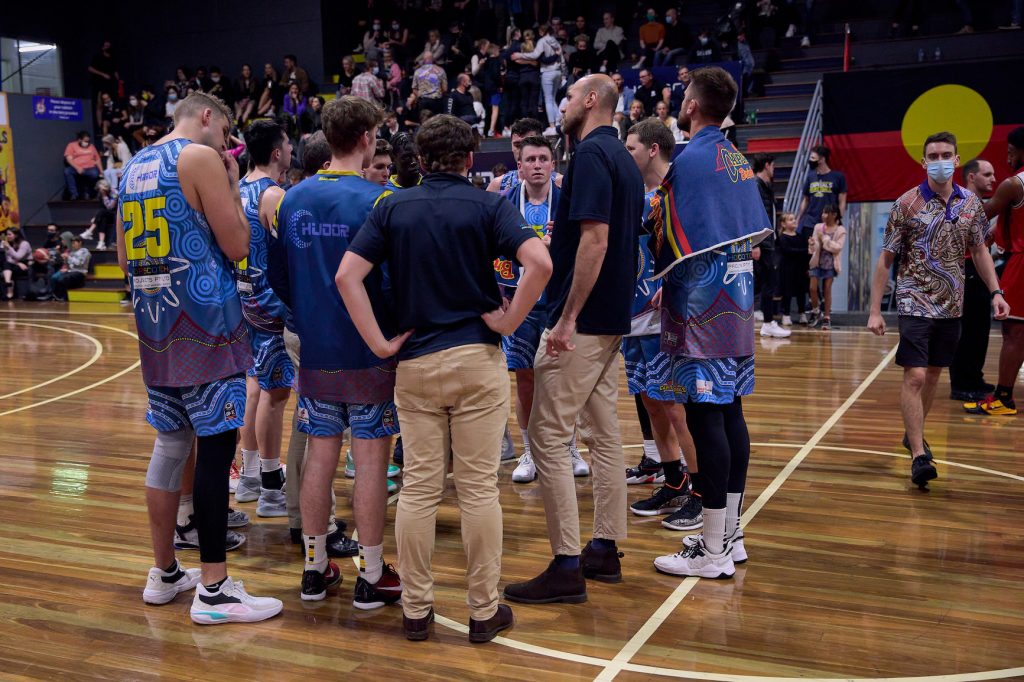 ROUND 10 of the National Basketball League (NBL1) North had no shortage of close contests with seven games in the men’s division decided by 10 points or less highlighting just how tight the league is. In the women’s it was somewhat of a different story with a number of blowouts.

The battle between the Brisbane Capitals and Rip City went right down to the wire with the game decided by a mere four points. In the end it was the Capitals that got the last laugh 79-75 as they notched up their seventh win of the season and consolidated their spot inside the top four. It was a much closer battle than many anticipated given the ladder standings as Rip City challenged their much higher opponents from the opening minute of play and refused to give up.

Rip City landed the first blow of the game proving that they well and truly came to play but it did not take long for the Capitals fire up and control proceedings. Opening up with a triple to Ben Volkman and then a shot from Ben Wilson established a handy three-point lead. But Rip City were determined to not led the lead balloon as they quickly answered the call signalling this game was going to go right down to the wire. Both sides traded blows for the best part of the first quarter with the biggest lead, five points in favour of Rip City but that was short lived as Brisbane went into quarter-time up by a point.

The second term continued on the same trajectory with neither side able to be separated. Big defensive plays were quickly combatted by impressive attacking forays as the Capitals and Rip City refused to give an inch as both outfits managed 24 points apiece. The third quarter is known as the premiership term for a reason and the Capitals made full use of it, putting the foot down to outscore their opponents 23-20. Despite Rip City coming out with a real fire in the belly in the first few minutes the Capitals rose to the occasion and clamped down in defence while also pouring on the pain in attack. Holding a four-point lead at the final change Rip City were all out of answers and could not compete with Brisbane who had done enough to walk away with the chocolates.

Brisbane had a plethora of players forge ahead and impress with four players hitting double-figures to guide their side to the win. Volkman got busy in his 29 minutes out on court producing 18 points at 67 per cent from the field while he also collected eight rebounds and two steals. Both Wilson and Zachary Carter chimed in with a handy 16 points each with Carter really imposing himself off the boards with his eight rebounds. Wilson had an impact with his four rebounds, three assists and two steals as Nicholas Stoddart was the other player to reach double-digits with his 12 points at a lowly 24 per cent from the field. Jacob Wilson made his presence felt with his eight points and 10 rebounds with eight of them defensive.

For Rip City it was more of a two man show as Eric McAlister and Tanner Krebs did the heavy lifting. McAlister drained an impressive 28 points at 52 per cent from the field while also racking up seven rebounds in what was a complete performance. Krebs finished with 20 points in his 40 minutes of court time and could have had more if he had been accurate from the field. Isaih Tueta was a solid contributor with his 10 points, seven rebounds, four assists and steal as teammate Kyle Zunic was the only other player to hit the scoreboard thanks to his eight points.

In other results, it was a good round to be a Gold Coast Rollers fan as they notched up two wins in their respective outings against Ipswich Force and Red City Roar. It was a tight tussle between Cairns Marlins and Sunshine Coast Phoenix with the former securing the win while it was even closer in the battle between South West Metro Pirates and Red City Roar with the former stealing a four point win. Logan Thunder snuck over the line against the Meteors as Northside Wizards recorded a hard-fought three point win over Rip City.

Over in the women’s the battle between Townsville Flames and Sunshine Coast Phoenix was the closest of the round with the match decided by nine points, 56-65. The game was always going to go down to the wire with the two sides sitting fifth and fourth respectively, but a blistering first term of basketball gifted the Phoenix with the upper hand as the Flames were forced to play catch up and could never really hit their stride.

The Phoenix wasted no time asserting their dominance on the game nailing the first four points of the game to immediately push the Flames onto the back foot. Although Townsville tried to wrestle the momentum back in their favour it was to no avail as Sunshine Coast continued to find a way to forge ahead and not break stride. The completely monopolised the play in the mid-part of the first quarter pushing out to as much as 11 points ahead.

Things tightened up in the second quarter but the Flames simply could not do enough to eat into the margin as they went into half-time down by 10 points. Townsville came out of half time with a point to prove quickly reducing the margin to eight points and then five as they generated a wealth of momentum. But the Phoenix were not about to roll over hitting back in the latter stage of the third to steady the ship. That confidence filtered into the final term as they ran home with a nine point win.

Mia Murray was the main source of pain piling on 23 points for Townsville to try and keep her side in the hunt. Her accuracy from beyond the arc was down but she still managed three triples while she also dragged down six rebounds, two assists and a steal. Micaela Cocks was hot on her tail with 15 points, seven rebounds, one assist and one steal as teammate Stephanie Reid struggled to have her normal impact on the scoreboard with seven points but still managed five rebounds and two steals.

For Sunshine Coast it was Amy Browne that led the way with her 17 points in her 38 minutes on court. Browne also accumulated five rebounds while Kathleen MacLeod was also a handy contributor thanks to her 15 points,  six rebounds – five of which were defensive – seven assists. Jennifer Carden-David was also in fine form producing 11 points and seven rebounds. Rachel McCully and Bianca Abbott both hit the scoreboard with nine and eight points respectively as Abbott also chimed in with nine rebounds and McCully with 10 assists.

Across the round, Logan Thunder claimed a big win over the Cyclones as the Force also toppled the Gold Coast Rollers by 10 points. Brisbane Capitals defeated Rip City as the Phoenix made it two from two with a win against the Cairns Dolphins. Southern District Spartans handed the Force a thumping as the Rollers also dished up a 41 point win against Red City Roar.