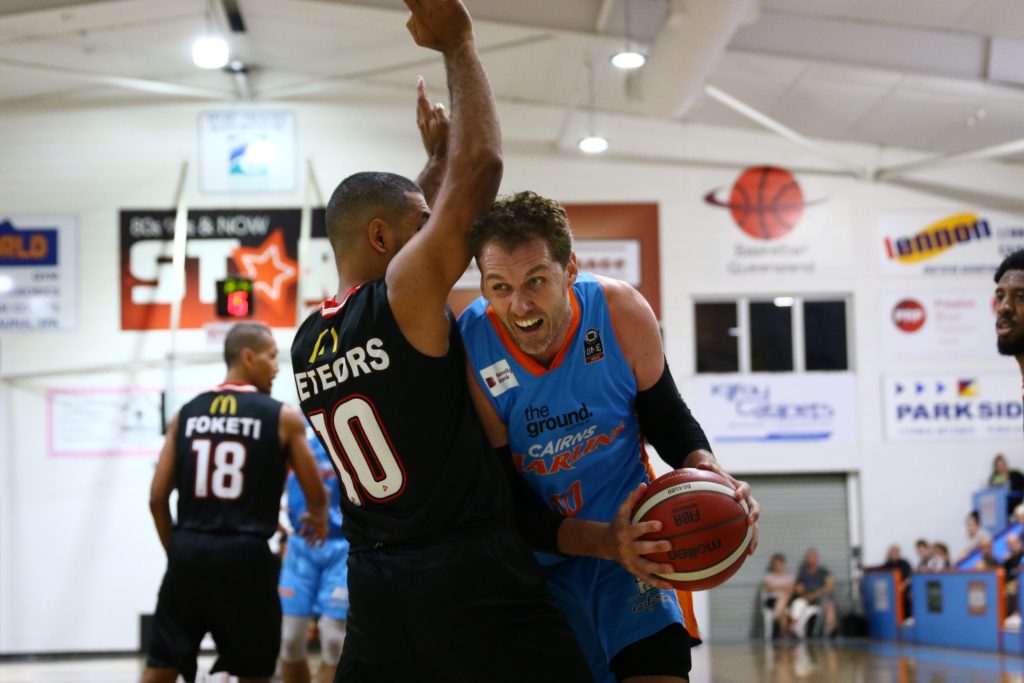 THE Mackay Meteors have taken the first game in the NBL1 North Men’s Grand Final series, holding on in a thriller against the Cairns Marlins to claim a three-point victory at Mackay Basketball Stadium on Friday night. The Marlins gave themselves every opportunity to win, including a chance to take the game to overtime with a three-pointer on the final possession, but their shot was wayward, and the Meteors were able to breathe a sigh of relief, looking to end the series tonight in game two.

The game proved to be a see-sawing affair, with the Meteors taking a one-point lead into the first break, before extending it to three at half-time, and then four at the end of the third period. In what was a contest that saw neither team able to break away and take a commanding lead, it looked likely the Meteors would continue to extend their short lead and claim the victory, but the Marlins had other plans. They continuously kept themselves in the contest, nailing big shots when needed, but couldn’t drain the go-ahead bucket on numerous occasions. The Meteors were clutch in their free throw shooting and were able to steer themselves to a narrow, but crucial game one victory.

The shooting percentage ended up playing a major role in the outcome of the game, with the victors shooting five percent better than their opponents at an impressive 47 per cent for the game. Mackay were also the stronger rebounding team, grabbing nine more boards than their opponents, giving themselves first use at generating and creating some offensive opportunities.

For the victors, Jerron Jamerson was the spark offensively finishing with 23 points while shooting 67 per cent from the field and draining seven clutch free throws. He also added five rebounds, seven assists, two steals and three blocks in an incredibly balanced performance. He was well aided by Villami Foketi (18 points) and Christopher Cedar (16 points), who each delivered solid offensive performances. For the Marlins, it was the dynamic duo of Deba George (26 points, six rebounds, eight assists) and Alex Loughton (25 points) who kept their side in the contest and nearly delivered a win. If the pair can fire again in the second game, the Marlins will be a red-hot chance to take the game to a third and deciding match.

The series continues tonight, with the Meteors looking to seal the championship and the Marlins fighting to keep their season alive.