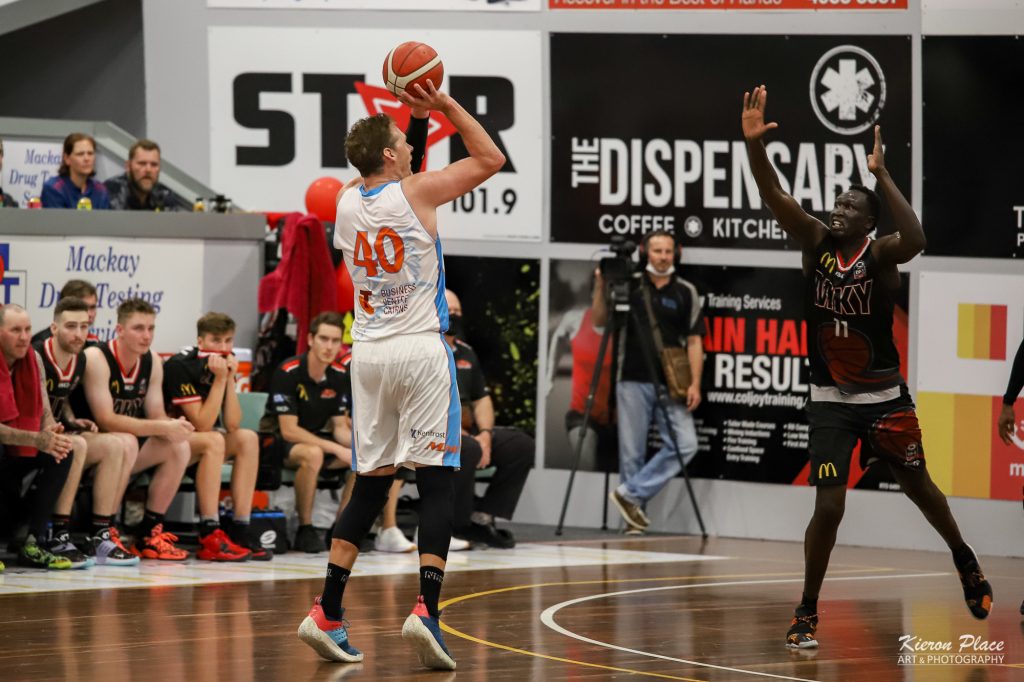 THE National Basketball League (NBL)1 North Men’s league held its grand final series over the weekend, and the best of three contest was decided in just two games with the Mackay Meteors taking home the 2021 championship. Both matches were extremely close, and ended up going down to the final possession, with game two even heading to extra time. With the results decided, we take a look at the crucial statistical categories that may have had an impact on the result of each outing.

As expected, the eventual victors won this category in both contests, albeit by different margins. Game one was where the Meteors were able to really shine. While the Marlins shot quite respectably from the field, the Meteors made nearly half of their shots, despite shooting and making less shots than their opponents. The second game saw a much closer battle in this area, making it virtually impossible to split the teams and unsurprisingly seeing the game head to overtime.

This was a mixed bag in terms of statistical results for shots from behind the three-point line, with the Marlins taking game one, but the Meteors fighting back in this category in the second game. The Marlins three-point shooting helped keep them in the mix to take the first outing, making one more long range basket than Mackay, but ironically, this area would be their downfall, with a late attempt from downtown slightly wayward, sealing the win for their opposition. Game two was harder to separate, with the Meteors claiming a marginal victory in their shooting efficiency.

The rebounding battle was a tale of two matches, with the Meteors dominant in game one, before the Marlins stepped up their game and pulled down more misses in the second contest. Game two saw lower shooting percentages from the field, so the rebounding increased. The strongest individual outing came from Marlin Anthony Fisher, who reeled in 14 game-two boards, a series-high figure.