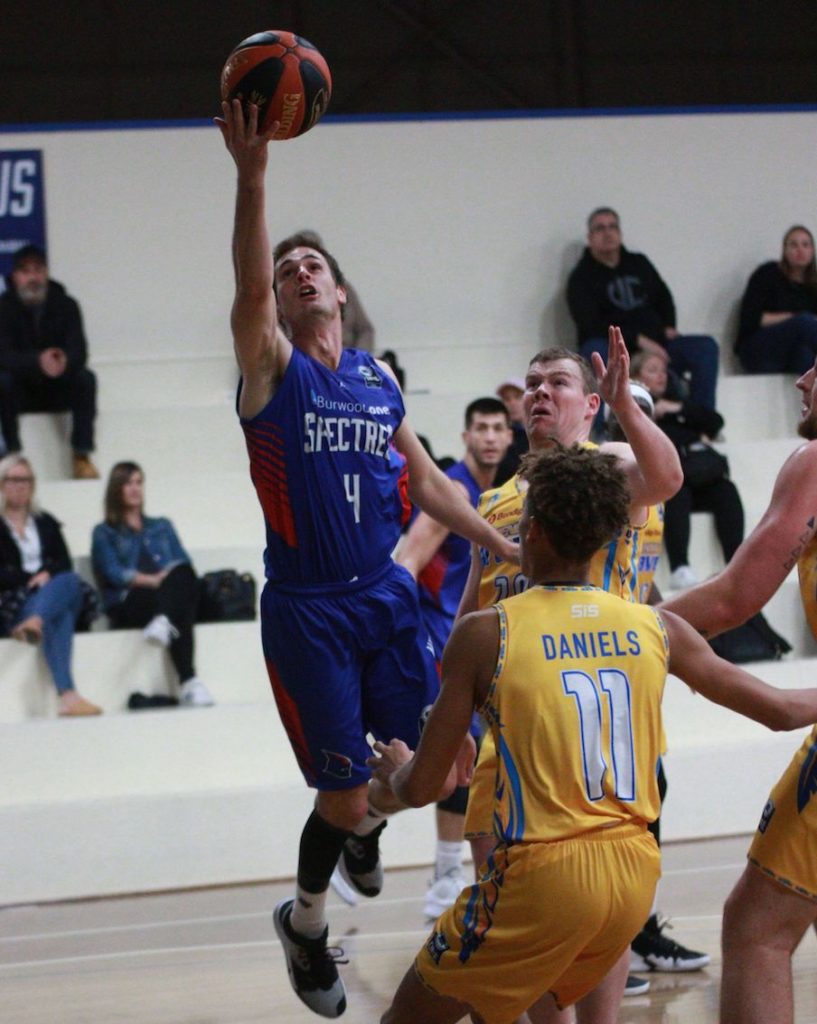 IN the mid-season break, Basketball Draft Central takes a look at each National Basketball League (NBL)1 team in both the men’s and women’s competition and will analyse how they have performed to date, some of their top performers, and the run home to see if they can make finals. Today we analyse the Nunawading Spectres, with both sides in contention for a double chance, especially the men’s side who is unbeaten at home with a 9-3 record.

The Nunawading Spectres’ men’s side have a remarkable unbeaten record on the road – the only side to do so this season. They have been consistently strong all year, and aside from consecutive home losses to Frankston Blues and the lowly Knox Raiders, have impressed from start to finish. No-one has started in every game, with Dain Swetalla and Simon Conn the two standouts this season, possibly the best one-two duo in the competition. Swetalla is averaging 20.4 points, 10.5 rebounds and 2.5 assists, while Conn is not far off a double-double average as well with 19.9 points, 9.9 rebounds and 2.3 assists. Tom Wright (17.8 points, 3.3 rebounds, 4.1 assists and 1.3 steals) and Shane McDonald (9.0 points, 3.5 rebounds and 7.3 assists) have been the two playmakers in the team, setting everything up.

The Spectres have a tough start to the run home, but it eases off with some easier games down the track. The next two matches – Melbourne Tigers at home and Kilsyth Cobras away – loom as the two big games, while they also have the Cobras at home in Round 14. Otherwise, they face all bottom 10 sides, with only the Falcons above twelfth, including two games against bottom three sides, Knox Raiders and Ringwood Hawks. They will be keen to win as many as they can – and are capable of winning the lot – to secure a double chance.

Despite losing two of their past four games – both to top four sides, the Spectres have still maintained a strong start to the season with an 8-4 record. They have been impressive at home, dropping just the one game – a six-point loss to Bendigo Braves – and remain in contention for a double chance. The critical aspect of Nunawading’s success has been the evenness of the team, with five players scoring more than 100 points thus far in season 2019, and four of them starting in every match for some line-up consistency. Kathleen Scheer (16.0 points, 9.1 rebounds, 3.3 assists and 1.5 blocks), Rebecca Pizzey (12.5 points, 5.7 rebounds and 1.2 assists), Rachel Antoniadou (11.3 points, 3.3 rebounds, 2.7 assists and 1.0 steals) and Eliza Chilcott (11.0 points, 9.0 rebounds, 3.3 assists and 1.5 steals) have all been mainstays in the side’s success this season, while Chelsea D’Angelo (14.5 points, 3.5 rebounds, 2.3 assists and 1.6 steals) has had some massive efforts off the bench.

In the run home, the Spectres will be made to earn a double chance if they can achieve it with just two of the remaining eight games against bottom eight sides. Melbourne Tigers (tenth) just outside the top eight might be a tough assignment, while facing off against fifth placed Kilsyth Cobras (twice), third placed Knox Raiders, seventh placed Ringwood Hawks and eighth placed Eltham Wildcats will determine just where they deserve to finish. Win the majority and a double chance is on offer.