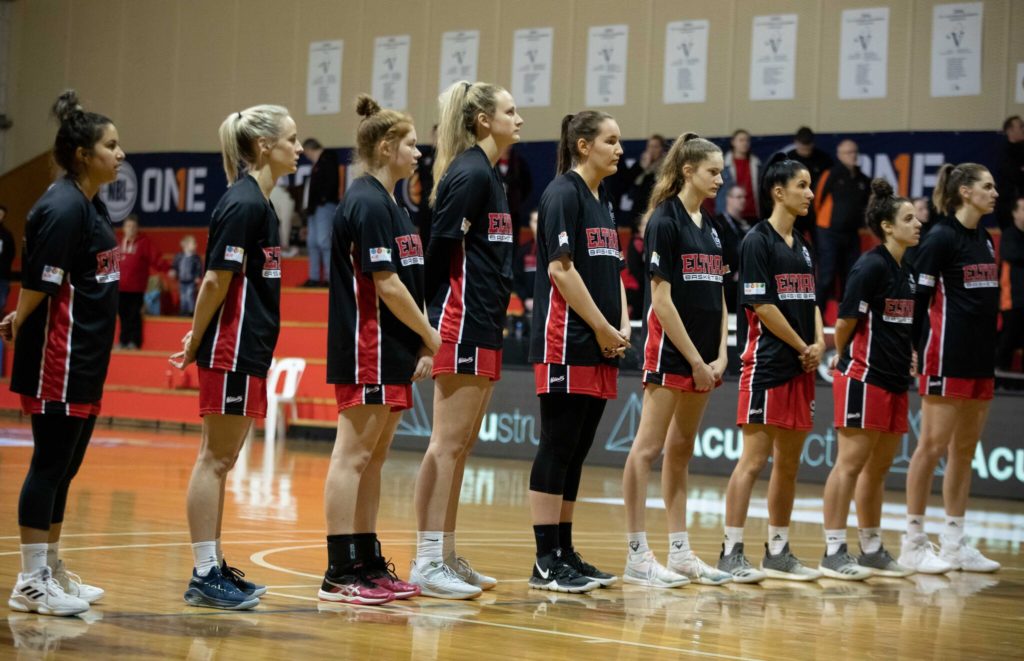 IN the mid-season break, Basketball Draft Central takes a look at each National Basketball League (NBL)1 team in both the men’s and women’s competition and will analyse how they have performed to date, some of their top performers, and the run home to see if they can make finals. Today we analyse the Eltham Wildcats, whose women’s side sits in eighth with plenty of teams chasing them, while the men’s side will need to continue the good momentum leading into the break in order to snatch a finals spot.

The Eltham Wildcats have got their season back on track with three consecutive wins in the past three matches, including an upset victory over fifth placed Kilsyth Cobras. It snapped a losing streak of just one win in nine games – including another big scalp in Dandenong Rangers. The overall season has been disappointing, but it can change with a good run home, and with eight games still to play, the momentum is with the Wildcats and they know anything can happen. Adam Doyle has been the highest points scorer this season, averaging 17.8 points, 2.9 rebounds, 4.9 assists and 1.1 steals per game, while Josh Sykes would possibly be leading the club’s best and fairest with 13.9 points, 8.2 rebounds, 2.0 assists and 2.3 blocks per game. Simon Bradbury has been important with 8.8 points and 5.9 rebounds, while Grandy Glaze‘s impact later in the season saw him average 16.8 points, 11.5 rebounds and 3.0 assists from just four games.

In the final run home, Eltham will likely need six wins to finish inside the top eight, and a tough final round pits them against second placed Nunawading Spectres and fourth placed Melbourne Tigers. It means the Wildcats could well need to win the rest of the games leading into the round, which is possible seeing as the Basketball Australia Centre of Excellence will be needing to prepare well for the Round 14 game given they have three matches that weekend. The next few rounds are crucial for the Wildcats’ finals aspirations.

The Wildcats have had a typical even season, with seven wins from 12 games, and maintaining a narrow positive win-loss record both home and away. They have been sitting around the mid-table, holding onto a top eight spot in the NBL1 women’s logjam. The Wildcats have an even team across the board in terms of individual performances with three players starting in every game, and a further two playing in every match, coming off the bench. Chelsea Schweers has been the leading scorer with 23.5 points, 4.9 rebounds, 1.7 assists and 1.5 steals per game, while Margaret Mulligan has been phenomenal off the boards with 15.6 points, 9.3 rebounds and 2.6 assists per game. Vanessa Panousis (13.3 points, 4.4 rebounds, 4.3 assists and 0.9 steals per game) and Chelsea Brook (13.0 points, 7.5 rebounds, 2.9 assists and 1.3 steals per game) have been equally important throughout the season, playing in every match.

Requiring about four wins to play finals, the Wildcats are in a good spot but given the tightness of the competition, could even need a fifth. They have a mixed bag of sides with the last placed Diamond Valley Eagles up first, but have to face the red-hot Knox Raiders and Bendigo Braves over the next three weeks. With the Eagles and Basketball Australia Centre of Excellence the only sides in the bottom eight they face, they must win some of their mid-table games to ensure the Wildcats knock their closest rivals back a peg.