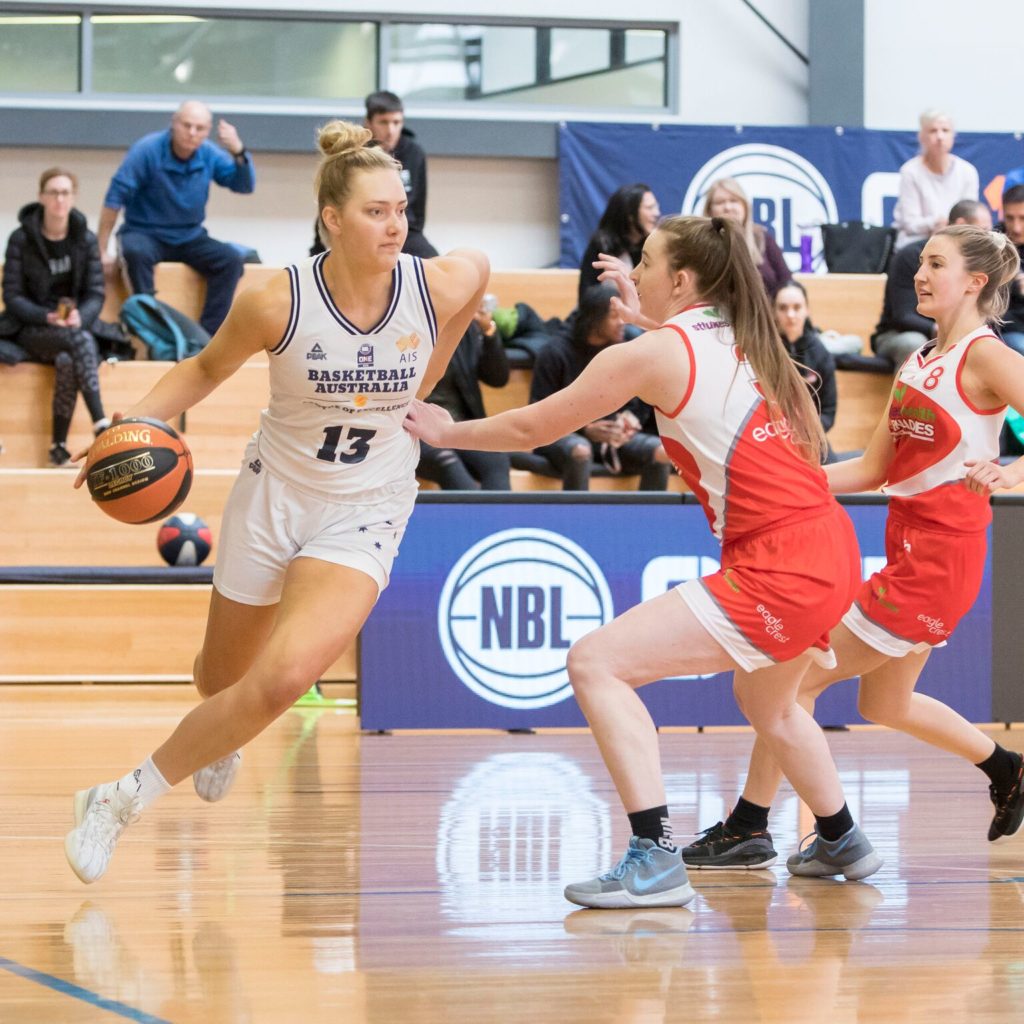 IN the mid-season break, Basketball Draft Central takes a look at each National Basketball League (NBL)1 team in both the men’s and women’s competition and will analyse how they have performed to date, some of their top performers, and the run home to see if they can make finals. Today we analyse the Basketball Australia Centre of Excellence, with the men in a good position to make finals, while the women have found form back in Round 8 and will be hoping to continue that in the run home.

After a shaky opening round of NBL1 action, the Basketball Australia Centre of Excellence steadied to post seven wins from the next 10 games to put themselves in a strong position leading into finals. They have played more than 20 players so far this season with plenty of fixturing challenges and so many road trips for the up-and-coming stars of Australian basketball. Alex Ducas has been the star with an average of 19.2 points, 4.1 rebounds, 1.9 assists and 1.2 steals per game, while Hunter Goodrick has been strong off the boards with 12.6 points, 8.3 rebounds and 1.4 assists. Josh Kunen is the only player on the list to have played all 14 games – the most of any player in the competition to-date. He has averaged 7.6 points, 5.7 rebounds and 1.6 assists per game in 2019.

The Basketball Australia Centre of Excellence continue their challenging fixtures, which involves three weeks off in the remaining six rounds, while having another trio of games in Round 14, and a double-up in Round 11. The fixturing itself is rather kind in the run home, with just one team – Melbourne Tigers – currently above the Centre of Excellence on the ladder, and matches against the bottom two sides. They will likely need at least four of the last six games to go in their favour to secure a spot in the top eight, but could have a nervous wait in the final round to see on other results if they have made it.

The Basketball Australia Centre of Excellence took a while, but have begun to find their grove in the season against mature-age bodies, winning two of the past three games after starting the season at 0-11. The wins have come against the side on the bottom of the ladder – Diamond Valley Eagles, and the team narrowly above the Centre of Excellence, Launceston Tornadoes. The latter was the more impressive win, travelling down to Tasmania to come home with the points. Lily Scanlon averages the most points of players with five games or more, posting up 10.3 points, 2.8 rebounds and 1.4 assists per game, while Jade Melbourne and Adelaide Fuller have taken to the court in every match – the latter having started in every game and thus played the most matches of any player in the competition to-date. Melbourne is averaging 9.1 points, 3.9 rebounds and 1.6 assists per game, while Fuller has recorded 6.9 points, 5.1 rebounds and 1.0 assists per game.

With just two wins from 14 games, finals is beyond the Basketball Australia Centre of Excellence, but the side will hope to finish strongly after finding form in recent weeks, and have no side higher than seventh in the last couple of months, and could well take out a few surprise wins against unsuspecting opponents.