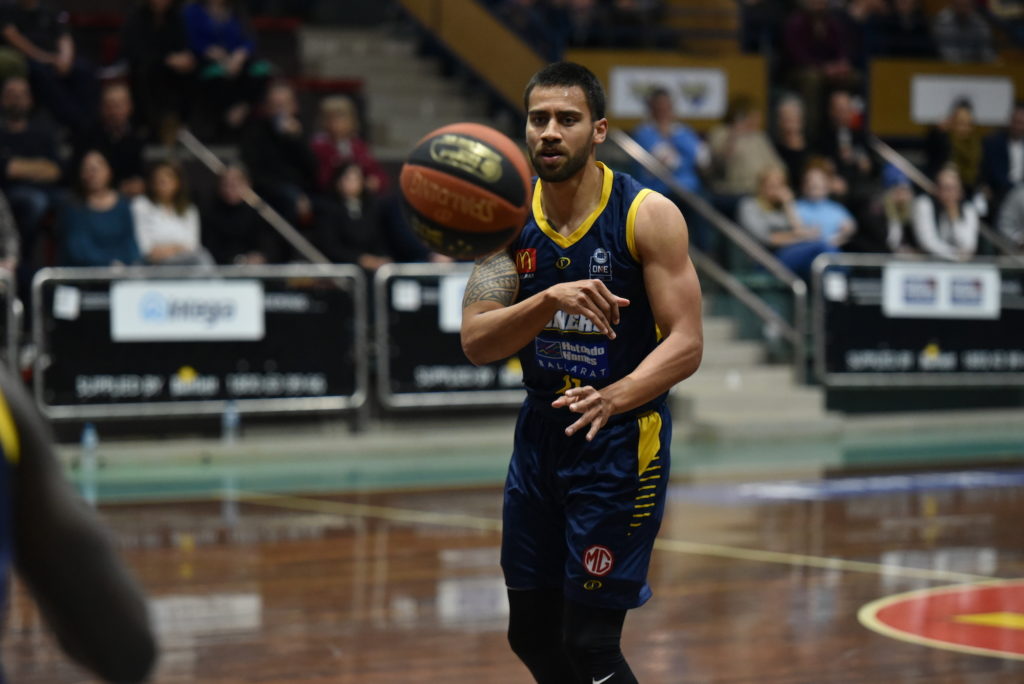 IN the mid-season break, Basketball Draft Central takes a look at each National Basketball League (NBL)1 team in both the men’s and women’s competition and will analyse how they have performed to date, some of their top performers, and the run home to see if they can make finals. Today we analyse the Ballarat Miners and Ballarat Rush, with the Miners on top of the table and title favourites, while the Rush might rue a slow start to the season with an uphill battle to make finals.

The Ballarat Miners have emerged as the team to beat this season, sitting on top of the NBL1 Men’s table with 10 wins from 12 games. With 11 wins likely enough to make finals, Ballarat are all but home already despite dropping its two games in the past month. They had been undefeated on the road until slipping up in Round 9 against Frankston Blues, but retain the best defence in the league with just 907 points conceded (75.6 points per game) and the best offence of those having played 12 games or less (93.9 points per game). Jerry Evans Jr is a key reason behind the offensive scoring capability of the Miners, who is averaging 20.1 points, 6.8 rebounds and 1.6 assists per game. After Evans Jr, the Miners have an even core of contributors with Kuany Kuany (17.4 points, 5.3 rebounds and 2.0 assists), Sam Short (12.8 points, 4.4 rebounds, 4.8 assists and 1.4 steals), Deng Acuoth (10.3 points, 8.9 rebounds, 3.6 blocks, 1.5 assists and 1.3 steals) and Josh Fox (9.9 points, 9.9 rebounds and 2.0 assists) all impacting in every game. Marqueze Coleman (16.0 points, 3.4 rebounds, 2.0 assists and 2.3 steals) has also been superb off the bench for the Miners.

The Miners will be pleased to have 10 wins on the board so far, with a tough draw in the run home. They have just one bottom six side (Albury Wodonga Bandits) in the home stretch, with two games against title contenders Geelong Supercats, and one against top four side Melbourne Tigers. The other matches against sides ranked ninth to twelfth on the ladder with extra at stake as they try and push into the finals spots.

The Ballarat Rush are likely to rue a poor start to the season, losing the first six games before going on a remarkable five-game winning streak. They were stopped by the hands of Ringwood Hawks on the weekend, before winning against a side in similar form in Frankston Blues. While the past month has been impressive, it will take a massive effort to make finals, and while they are just two games off the pace, they have a horror run home that will require their best each and every week. Olivia Hackmann has been a shining light for the Rush, averaging 19.3 points, 6.0 rebounds, 1.4 assists and 1.1 steals per game, while Hsi-le Bao has been another who has started in every game as one of the best centers in the competition, averaging 12.9 points, 8.8 rebounds and 1.7 assists. Others who have stepped up coming off the bench while starting at least half a dozen times are Chanise Jenkins (14.7 points, 6.1 rebounds, 5.0 assists and 3.3 steals) and Georgia Amoore (12.5 points, 3.3 rebounds, 3.9 assists and 1.2 steals.

The Rush have an unenviable run home with two games against top-of-the-table Geelong Supercats, and a road trip against second placed Bendigo Braves. It means the game against ninth placed Albury Wodonga Bandits is a must win, with a loss all but ending their finals hopes. They will start favourites against Diamond Valley Eagles, Hobart Huskies and Waverley Falcons, but will have their work cut out for them against Melbourne Tigers in the final round, with the Rush likely to need to win six of their remaining eight – including finding a win against one of the top two sides.