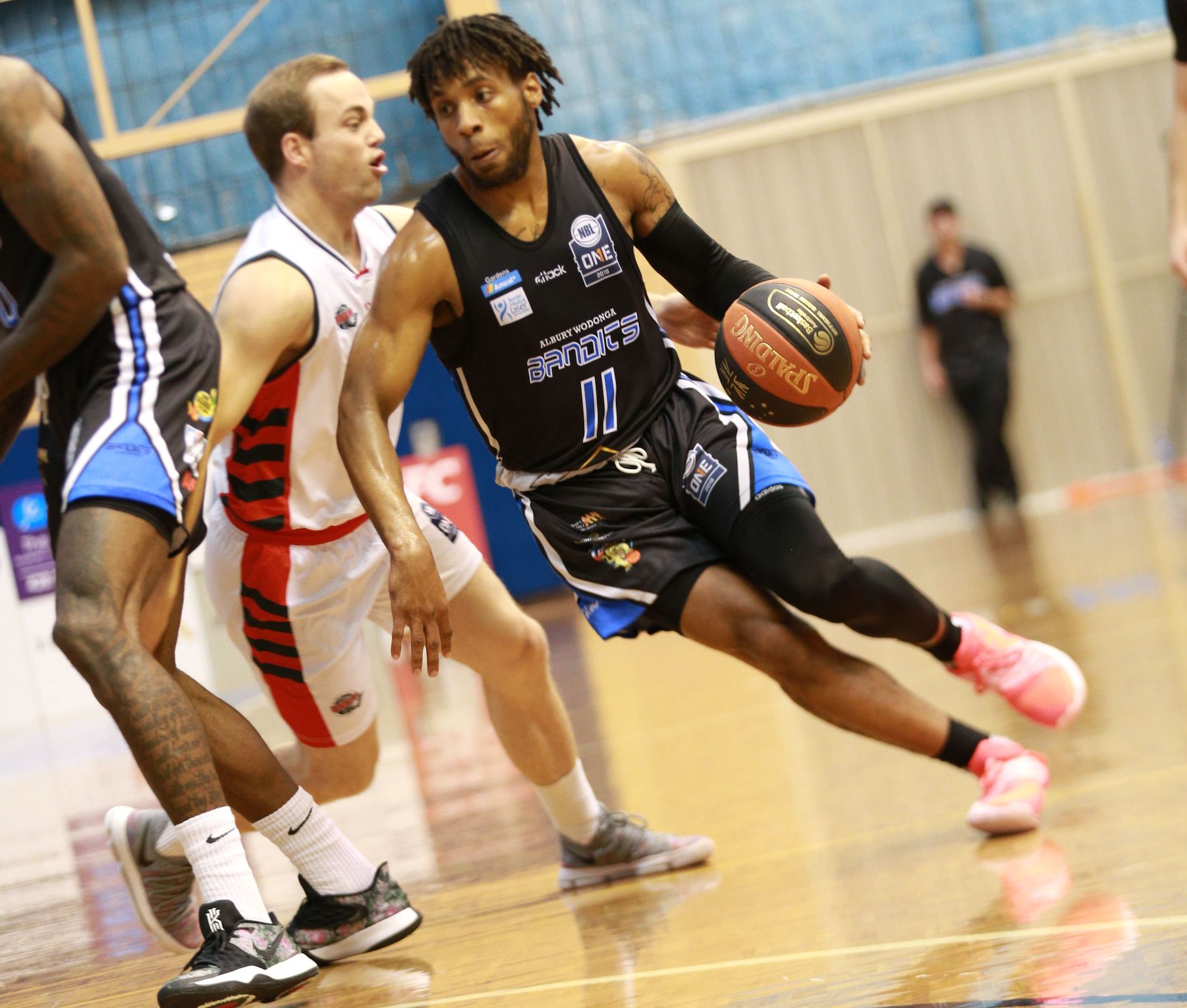 THREE sides remain undefeated after Round 3 with Kilsyth Cobras, Albury Wodonga Bandits and Ballarat Miners all yet to lose a game in the National Basketball League (NBL)1 Men’s competition.

The Cobras recorded a 10-point win at home over Bendigo Braves, before defeating Ringwood Hawks away to the tune of 13 points. In the first game against the Braves, Kilsyth trailed by a point at quarter time before storming ahead with 54 points to 37 over the next two terms, racing away to a 16-point advantage. Bendigo hit back in the final term but still fell 10 points short. Tohi Smith-Milner scored 27 points and had six rebounds and two assists in the win, while Sean MacDonald finished with 20 points and two assists. Peter Hooley (13 points, five rebounds and six assists) and Chris Patton (13 points, five rebounds and four assists) were other influential players for the Cobras. Bendigo’s Ray Turner continued his great form with another massive game off the boards, finishing with 20 points and 13 rebounds – 10 defensive. Matthew Bartlett scored 19 points as well as five assists – all defensive – and four assists.

Meanwhile in the second game, Kilsyth blew Ringwood away early with 59 points to 33 in the first term and despite slipping in the third where the Hawks clawed the deficit back to just three points, Kilsyth stood tall and scored 25-10 in the final term to run out 92-79 winners. Hooley had a team-high 24 points to go with a massive 10 assists and six rebounds, while Smith-Milner was terrific with 17 points and 12 rebounds – 11 defensive. MacDonald also had 17 points as well as seven assists and three rebounds, while Owen Odigie had an equal team-high 12 rebounds and 11 points. For Ringwood, Joey Miller had a standout game on the offensive end with 29 points, while Matthew Fennell was the losers best with 21 points, 16 rebounds, two assists, two steals and a block.

Melbourne Tigers had back-to-back days of games, falling three points short of Waverley Falcons before knocking off Knox Raiders by 11 points. Against Waverley, Melbourne led early before the Tigers found themselves down by eight at the main break. That deficit increased to nine by three quarter time before powering home with a 20-14 term, but it would not be enough to grab the win. Nic Pozoglou was the standout player on the court once again, scoring 32 points, 13 rebounds and two steals, sinking five from three-point range. William Hickey had 17 points for the losing side, while Dane Pineau tried hard with 10 points and 12 rebounds, including eight off the offensive boards. For Waverley, Deondre McWhorter top scored with 23 points as well as seven rebounds and two assists, while Chris Arkell had a team-high 11 rebounds to accompany his 23 points and two assists. Bennie Lewis (14 points) and Dylan Travis (12 points, four rebounds and seven assists) were also impressive on the day.

In the win against Knox, Melbourne started strongly to lead by 10 at half-time before the Raiders cut the deficit to seven by the final break. Sensing they needed to lift, the Tigers finished the game strong with 18 points to 14. Pozoglou was unbelievable once again with 31 points, nine rebounds and three assists, ably assisted by Pineau who had a massive 19 rebounds to go with his 18 points and two assists. Michael Luxford finished with 10 points, eight assists and five rebounds in the win, being a key playmaker in the front half of the court. For the Raiders, Adam Thoseby had a team-high 21 points, as well as three rebounds and two assists, while Damon Heuir was also prolific in front of the basket, sinking 17 points. Cadaraian Raines and Mike Rose combined for 17 points, 14 rebounds and nine assists in the loss.

Earlier in the round, Knox were too strong for Southern Sabres, running out 22-point winners with a huge final term, scoring 30-22. The Raiders reached triple figures in the 100-78 victory, with Rose scoring a game-high 26 points, four rebounds, two assists and two steals, while Thoseby finished with 19 points, four assists and 100 per cent from three-point range. James Hunter and Heuir combined for 24 points, 10 rebounds and eight assists in the Raiders’ win, while David Barlow and Sam McDaniel were the two key players for the Sabres. Barlow had 24 points and nine rebounds, while McDaniel had 15 and 10, as well as four assists and two assists. Rhys Carter was another player who had an impact on the scoresheet with 18 points, three rebounds and two assists.

Ballarat Miners are another undefeated team, seeing off the challenge of Dandenong Rangers thanks to a strong start. The Miners blitzed the Rangers, 56-31 in the first half, before the Rangers stormed home, falling seven points short of victory, 80-73. Jerry Evans Jr‘s great start to the season continued, shooting 23 points, having nine rebounds, three assists, two steals and two blocks in an all-round game. Kuany Kuany ably assisted for the Miners with 16 points and eight rebounds, while Deng Acuoth finished with 10 points, six rebounds, three assists and four blocks. For the Rangers, Tim Lang was productive with a team-high 18 points, while Sam Froling and Lucas Barker combined for 12 points, 11 rebounds and seven assists.

The most impressive win of the round went to Albury Wodonga Bandits who destroyed Diamond Valley Eagles by 43 points. The Bandits won all four quarters and put the foot down throughout, scoring 30-11 in the first term and never looking back from there. Deba George had a team-high 28 points, five assists and three steals, while Torren Jones finished with 27 points, nine rebounds, two assists and two blocks. Ken-Jah Bosley backed up his 37 points from Round 2 with another 25, as well as five rebounds, five assists and three steals. Cirkook Riak was the dominant player off the boards with 12 rebounds, four assists and 10 points. For the Eagles, Joel Spear had 20 points, five rebounds and two assists, while Ben Allen posted 16 points, 10 rebounds – eight defensive – and two assists. Logan Hovey was also industrious with 18 points, two rebounds and two steals.

In other results, Frankston Blues knocked off Geelong Supercats by five points, as Damon Bozeman posted 20 points, five assists, three rebounds and three steals for the Blues, while Demarcus Gatlin had 21 points, 10 rebounds and five assists for the Supercats. Meanwhile, Nunawading Spectres continued their good form with a 24-point win over Eltham Wildcats, and North West Thunder defeated Hobart Huskies 102-95. Tre Armstrong was the standout shooter for the Thunder with 31 points and five rebounds, while Nick Banyard had 22 points, 13 rebounds and five assists.

Two more games are still to be played in the round with Bendigo Braves hosting Frankston Blues on Thursday night, while Geelong Supercats and Eltham Wildcats go head-to-head on Saturday night.