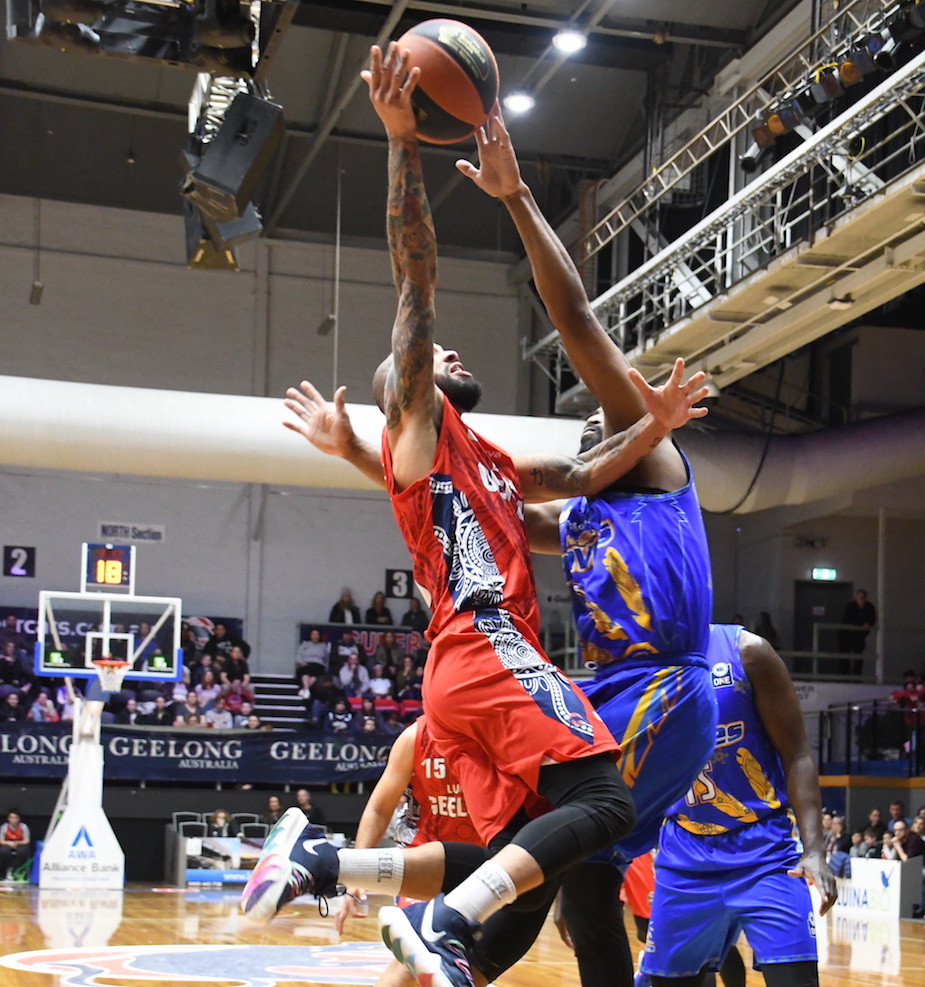 WAVERLEY Falcons will be left wondering what could have been after back-to-back losses knocked the Falcons out of the top eight, missing out on finals by three points after going down to both Tasmanian sides and allowing Bendigo Braves back into the contest. In the standalone Friday night game, everything went according to play in the first term against Hobart Huskies for the Falcons to race to a 10-point lead, but the Huskies took control of the home court advantage to cut into the deficit and eventually run out on top with 13 more points in the second half. Jalen Adams put on a show for the home fans, sinking 35 points at a remarkable 84.2 per cent from the field, whilst picking up nine rebounds, three assists and two bocks. Tad Dufelmeier (18 points, six rebounds and eight assists) and Zachary White (17 points, six rebounds and three blocks) were also prominent for the Huskies. Dylan Travis was phenomenal for the Falcons, posting up 40 points along with four rebounds, three assists and three steals though it was all for nought, while Deondre McWhorter (16 points, 12 rebounds and three assists) also picked up a double-double. In the eight-point loss to North West Thunder to seal their fate, the Falcons again had a couple of big contributors with Travis (30 points, six rebounds, five assists and five steals) everywhere, while Bennie Lewis (33 points, three assists and two blocks) assisted with the scoring power, as McWhorter almost picked up another double-double with 15 points, nine rebounds and four assists. Nick Banyard sank 29 points and had 16 rebounds along with three assists for the Thunder, while Paul Campbell also picked up a double-double in the win, thanks to 15 points and 14 rebounds as well as five assists.

The team that benefited from Waverley’s demise was Bendigo Braves who caused an upset win against Geelong Supercats, denying the Supercats a double chance in the process. The Braves won each of the four quarters on their way to an impressive 84-67 victory that just might be the spur they needed heading into finals. Mathiang Muo posted 30 points, five rebounds and two assists, while Ray Turner was superb again with a double-double of 20 points, 12 rebounds and two assists. Deonte Burton (13 points, six rebounds and six assists) was the other Brave to make double-figure points. For the Supercats, Demarcus Gatlin impressed again with 20 points, seven rebounds, four assists and two steals, while Lewis Thomas (15 points, seven rebounds) and Ma’alo Hicks (12 points, six rebounds) tried hard.

Meeting the Braves in the first final is Melbourne Tigers who stood up when required, downing minor premiers Ballarat Miners by eight points, then toppling Eltham Wildcats by 12 the next day to lock up fifth spot, narrowly missing out on a double chance. The Tiers’ fast start against the Miners was key, as they piled on 27 points to 14 in the first term, and lead by 14 at the main break. The Miners hit back to cut the final margin to single digits, but it was a case of too little, too late. Dane Pineau and Nic Pozoglou went to town off the boards for the Tigers, combining for a mind-boggling 38 rebounds – more than the entire opposition side – whilst posting 18 points apiece and sharing in seven assists. Michael Luxford (seven assists) and Mike Wells (13 points) also played supporting roles in the win. For the Miners, it marked back-to-back losses heading into finals which might be a concern, but Marqueze Coleman (24 points, four rebounds and six assists), Sam Short (19 points, four rebounds and three assists) and Jerry Evans Jr (12 points, 11 rebounds) still had solid games. In the 82-70 victory over Eltham, Pineau had a game-high 22 points and 12 rebounds, while Pozoglou picked up 16 points and seven rebounds, as well as three assists and four steals. Young star William Hickey helped himself to a double-double with 10 points, 11 rebounds and three assists, while Jack Purchase (11 points, four rebounds and four assists) was also impressive. For the Wildcats, Adam Doyle picked up 16 points, four rebounds, five assists and two steals, while Geremy McKay (13 points, 11 rebounds) had a double-double and Ovie Magbegor (12 points, eight rebounds) was also solid off the boards.

Dandenong Rangers also played two matches over the weekend, but with mixed results, going down to Kilsyth Cobras to lose out on a potential double chance, before managing to secure seventh with an important win over Ringwood Hawks on Sunday. In the narrow defeat to Kilsyth, the Rangers lead at half-time before the Cobras piled on 27 points to 17 in the third term to set themselves up for a vital win. Tohi Smith-Milner sank 28 points, nine rebounds and four assists in the win, while Isaac Turner (23 points, three rebounds and two assists) and Sean MacDonald (16 points, five rebounds and seven assists) were both busy. For the Rangers, Dexter Kernich-Drew (22 points, four rebounds and five assists) was the top scorer, while Sam Froling (20 points, 10 rebounds) picked up a double-double, a feat Lucas Barker narrowly missed out on (eight points, 10 rebounds, seven assists and two steals). In the Rangers’ five-point victory over Ringwood in overtime, the players shared the points around with Froling (18 points, seven rebounds and four assists) topscoring, while Kernich-Drew (17 points, three rebounds and three assists) and Josh Oswald (17 points, eight rebounds) found plenty of points from the field, as did Barker (14 points, seven rebounds and nine assists) who again narrowly missed out on a double-double, and almost a triple-double. Shaun Clarke (24 points, nine rebounds) and Matthew Fennell (23 points, 15 rebounds) did the bulk of the damage for Ringwood along with Adrien Sturt (20 points, six rebounds and three assists).

Frankston Blues secured second spot with a vital 14-point win over Southern Sabres on Sunday. The Blues looked comfortable throughout the four quarters to win the first three terms and eventually get the points, 97-83. Majok Majok scored 21 points and had nine rebounds, while Alister Macdonald (13 points, three steals) and Igor Hadziomerovic (12 points, seven rebounds) were both busy across the court. For the Sabres, Rhys Carter stood up with 24 points, 10 rebounds and five steals, while Kingsley Box (15 points, five rebounds) and Sam McDaniel (13 points, 10 assists, six rebounds and two steals) were impressive. The Sabres had a second loss the day before, going down to Diamond Valley Eagles by just three points in a heartbreaker after leading throughout the match. Carter (18 points, four rebounds and six assists) and McDaniel (16 points, eight rebounds) were again prominent in defeat, while Jamie Batish had 11 points and three rebounds. Logan Hovey was the standout player on the court, picking up a double-double with 28 points and 10 rebounds, while Anthony Odunsi (20 points, eight rebounds, three assists and two steals), Joel Spear (15 points, four rebounds, five assists) and Ben Allen (13 points, five rebounds, five assists and five steals) were all prominent.

In the other games, Knox Raiders claimed a narrow three-point win over Albury Wodonga Bandits, while Nunawading Spectres finished the regular season with a win to give themselves a chance at second spot prior to Frankston’s win, after also getting up by three points over Eltham Wildcats. In Knox’s win, Adam Thoseby scored 20 points and had six rebounds, whilst Torren Jones was massive for the Bandits in defeat with 26 points and 14 rebounds. For the Spectres, Simon Conn (23 points, 18 rebounds) was one of four players to reach double-figure points on his side in the victory, while McKay (24 points, 10 rebounds) also picked up a double-double despite Eltham’s second defeat of the weekend.