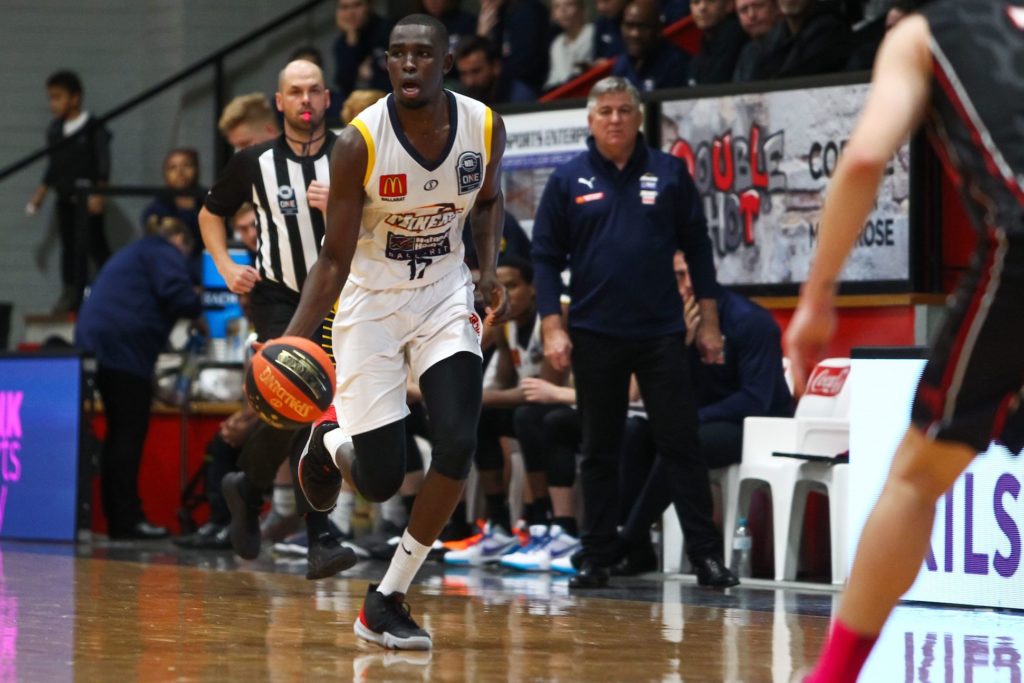 AFTER a massive 14 games of action over Mother’s Day Round, the National Basketball League (NBL)1 sides return to the 12 games, with six teams doubling up for two games across the weekend. After three consecutive losses, Albury Wodonga Bandits bounced back with a win and will be hoping for more of the same in their trip down south. They face the eleventh placed North West Thunder, before tackling the thirteenth placed Hobart Huskies, two teams either side of the Bandits on the ladder. Ken-Jah Bosley has been the key player so far this season for the Bandits, averaging a massive 28 points per game – the most of any player – as well as 5.7 rebounds and 2.4 assists. Remarkably, the Huskies have two players in the top five for points, with Tad Dufelmeier being a revelation in his two games since coming into the side, averaging 27 points, five assists and 3.5 rebounds, combining well with Jalen Adams (23.9 points, 7.5 assists and 2.9 steals), it is just the depth that needs to stand up.

If you want to talk depth, there is no looking past top-of-the-table Ballarat Miners, who will be favourites to show the up-and-coming Australian talent just how good they are. The Miners are undefeated from seven starts, and face Basketball Australia Centre of Excellence (CoE) with six players averaging at least 10 points per game. Jerry Evans Jr is the number one in the side, with 20 points and seven rebounds in his seven games. The talented teenagers have shown promising signs on their way to a 4-5 start to the season, but Alex Ducas is the sole player with more than 15 points per game, averaging 21.8 points and 3.6 rebounds. Hunter Goodrick and Kyle Bowen both average greater than seven rebounds per game, however. They will back up their game against the Miners, with a match against sixth placed Nunawading Spectres on Sunday. Dain Swetalla is averaging a double-double so far this season, posting 18.4 points and 10.9 rebounds per game, while teammate Simon Conn is not far behind with 18.1 and 9.6 respectively. The Spectres will also have to find a way to overcome third placed Dandenong Ranges, but the Spectres have a remarkable record on the road, not dropping a game from four starts.

Lowly placed Diamond Valley Eagles got off the bottom of the ladder courtesy of Southern Sabres having a big loss, but will be keen to formulate a win or two of their own this round. Taking on top four sides, Kilsyth Cobras and Geelong Supercats does not make it an easy task for the Eagles. Diamond Valley has struggled with assists this season, as just two players have greater than three assists, while one – Anthony Odunsi – has averaged more than 15 points (16.5) and his resume includes two games off the bench. The Eagles have had the same five starters in each of their eighth games so far this season, and only one has a field goal percentage of greater than 50 per cent. For Kilsyth, Tohi Smith-Milner is almost averaging a double-double with 16.1 points and 9.1 rebounds per game, while for Geelong Supercats, Demarcus Gatlin (22.2 points, 7.8 rebounds, 4.6 assists and 2.8 steals) seems to be able to do it all. The Supercats also face fifth placed Melbourne Tigers and the unrelenting duo of Nic Pozoglou and Dane Pineau. Between them, the duo averages 38.8 points and 24.4 rebounds per game, and the key to victory is certainly stopping them.

Also playing two games and hopeful of getting off the bottom of the ladder is the Southern Sabres, who face fellow bottom four sides, Eltham Wildcats and Ringwood Hawks over the weekend. After a ground-breaking win over Kilsyth Cobras, the Sabres sank back with key stars David Barlow and Sam McDaniel available, and will hope to bounce back against fellow battling teams. Outside of the remarkable seasons by the duo, only three other players average more than 10 points per game. The Sabres must also try and stop Josh Sykes getting to the basket, averaging 11.8 points and 6.9 rebounds including plenty of highlight-reel dunks. The Hawks have three key players, Jacob Gibson (the points scorer), Joey Miller (the playmaker) and Matthew Fennell (the rebounder) who all have stood out in their various roles.

In other games, tenth placed Frankston Blues come into the game off a three-game hotstreak and meet fourteenth placed Knox Raiders hoping to continue that form, while a battle of seventh and eighth sees Bendigo Braves go head-to-head with Waverley Falcons on Saturday.