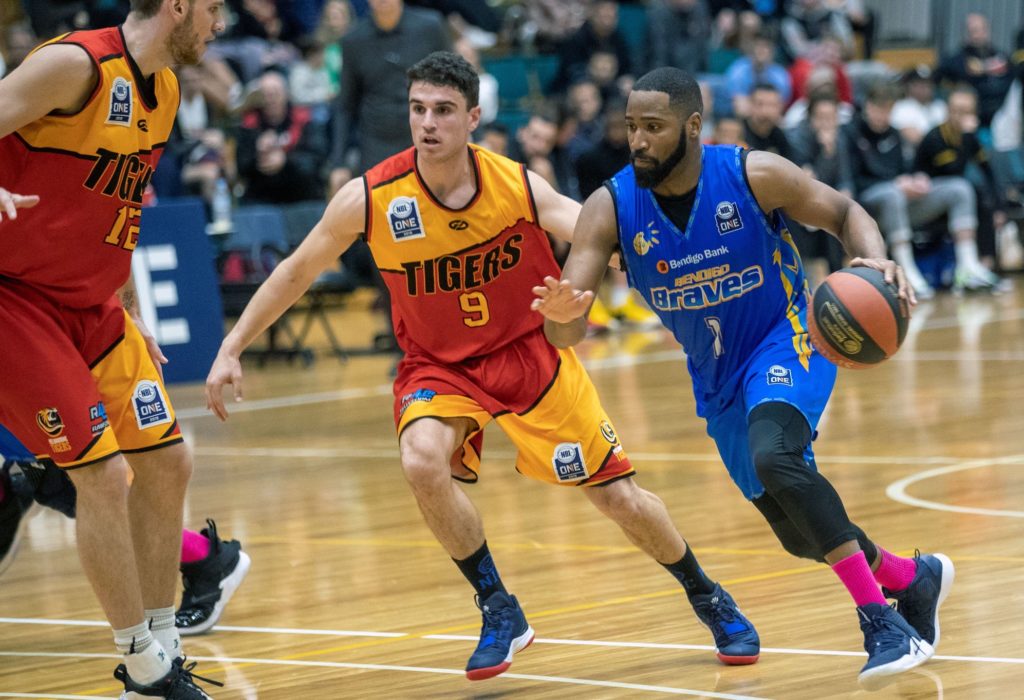 BENDIGO Braves are through to the semi-finals after the eighth placed side upset fifth placed Melbourne Tigers in an elimination final at Melbourne Sports and Aquatic (MSAC) in the National Basketball League (NBL)1 first week of finals. The Braves will face Kilsyth Cobras who went down to minor premiers Ballarat Miners, whilst in the other semi-final, Nunawading Spectres will host Geelong Supercats.

Geelong Supercats have kept their NBL1 title dreams alive with a see-sawing six-point win over Dandenong Rangers at home. The Supercats powered to a massive 19-point lead at quarter time, piling on 32 points in a big opening term. Whatever was said at the break must have helped the Rangers as they returned serve with 32 points of their own in the second quarter to cut the deficit to just five at the main break. The Supercats steadied in a lower scoring third term to lead by eight at the final break before holding on despite the away side’s best efforts, to win 85-79. Lewis Thomas posted up 26 points, three rebounds, two assists, four steals and two blocks, while Demarcus Gatlin had 17 points, eight rebounds, four assists and three steals in the win. Nick Owusu (16 points, five rebounds) and Anthony Williams (13 points) were also productive on the scoring end. For the losers, Dexter Kernich-Drew posted a team-high 20 points, as well as two rebounds and four steals, but it was Sam Froling who almost hauled his team across the line with 18 points and 16 rebounds – 13 defensive – as well as four blocks. Lucas Barker was creative across the court with 19 points, seven rebounds and six assists, while Tim Lang narrowly missed out on a double-double with 11 points, nine rebounds and four assists.

Ballarat Miners’ dominant second term of 23 points to 12 set up a 14-point win over a brave Kilsyth Cobras. The Miners move through to the Preliminary Finals after the victory, which saw them win three of the four quarters, but the 11-point second term differential was the ultimate factor in the win. The minor premiers now move through with a week off to play the winner of Nunawading Spectres and Geelong Supercats, while the Cobras face the Bendigo Braves who upset the Melbourne Tigers yesterday. Marqueze Coleman proved the impact bench players can have, coming off the pine to post a game-high 22 points, as well as seven rebounds, two assists and two steals. Kuany Kuany (18 points, six rebounds and two steals) contributed strongly, but both Josh Fox (18 points, 10 rebounds) and Deng Acuoth (10 points, 10 rebounds) picked up double-doubles in the victory. For the Cobras, Peter Hooley also had an impact off the bench collecting an equal team-high 16 points, as well as six rebounds – five defensive, while Isaac Turner also collected 16 points. Tohi Smith-Milner was a cause for concern off the boards with 13 points and 11 rebounds – eight defensive.

A fast-starting Frankston Blues outfit has set up a huge 10-point win over a fast-finishing Nunawading Spectres side. In one of those rare anomalies, Frankston won just one of the four quarters, but it was a dominant term, piling on 37 points to 19 in the first quarter to race out to an 18-point lead at the first break. From there Nunawading worked its way back into the contest, but could only cut back the deficit by one at the main break, down to 14 by the final break and eventually 10 at the final buzzer to be 107-97 winners at the end. Damon Bozeman was the standout player on the court with 28 points, six rebounds and three assists for Frankston, while Najeal Young had 21 points, seven rebounds and three assists. Majok Majok (18 points, eight rebounds) and Igor Hadziomerovic (14 points, eight rebounds) were again prolific off the boards. For Nunawading, Tom Wright picked up a team-high 21 points, three rebounds and three assists, whilst Simon Conn (17 points, 13 rebounds and two assists) was massive in trying to get his team across the line. Jack Saunders (15 points) and Costa Hronopoulos (14 points) were important coming off the bench in the loss. Now the Blues move through to the Preliminary Finals with a week off, while Nunawading host Geelong Supercats in the semi-finals.

Bendigo Braves fairy-tale run continued on the weekend, showing they were far from making up the numbers in the finals series, toppling Melbourne Tigers despite a slow start. The Tigers were well on top at MSAC, an arena they had turned into a fortress since their only loss of the season there – ironically against Bendigo in Round 1 – to lead by six points at the first break and then extend that lead to seven by the major break. The scoring spread of the Braves kicked into gear in the third term as they piled on 29 points to 17 to retake the lead by five points, then they went on with the game in the final term with a 20-15 final quarter to win, 86-76. Ray Turner continued his great season form with 27 points and 15 rebounds, as well as two blocks and a steal. He was far from alone for the Braves however as Mathiang Muo (24 points, five rebounds) and Deonte Burton (20 point, nine rebounds, six assists) were both dominant close to the post. For the Tigers, Nic Pozoglou finished his season off strongly with 21 point, seven rebounds and a steal, while William Hickey and Jack Purchase both finished the game with 19 points and nine rebounds. The result meant Bendigo move through to face Kilsyth Cobras in the semi-finals, while Melbourne Tigers head to the off-season, unable to advance past the first week of finals despite the fifth placed finish.