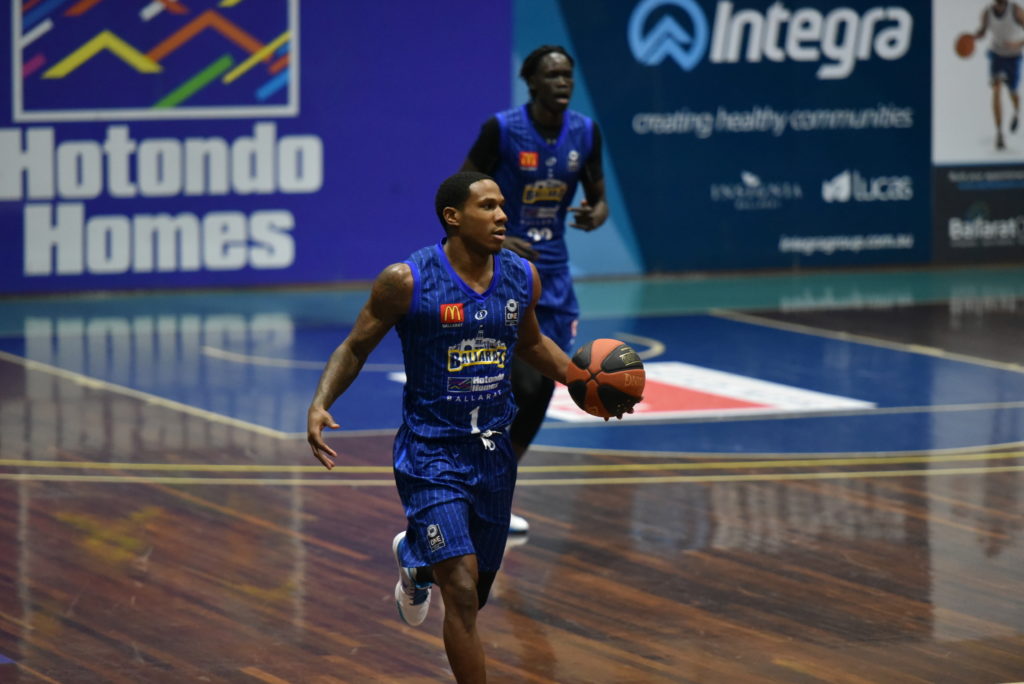 IT is preliminary finals time and just four teams remain in the hunt for the National Basketball League (NBL)1 Men’s title. The top three teams remain, whilst Bendigo Braves are the wildcard side coming from eighth to have a chance at the most unlikely of title runs.

In the first of two massive preliminary finals, we have the sides predicted to be in this fixture with first and third going head-to-head in Ballarat. The Miners have been the standout team of the competition this year, and whilst they did slip a little towards the end of the season with back-to-back losses, the guaranteed minor premiership might have been a relaxant heading into finals. They showed no signs of complacency against fourth placed Kilsyth Cobras in the qualifying final, defeating them as the Cobras headed out of the title race in straight sets. Now the Miners face the third placed Nunawading Spectres, who fell to second placed Frankston Blues in their quarter final clash.

If there is one area that Ballarat had looked vulnerable it was at home, winning eight of 11 matches – which is still incredibly good – but not compared to their road trip record of nine from 10. The Spectres are a high-scoring side who have the capability of putting massive scores on the board. Ranked second overall in the points for race, the defensive aspect is the area that can let the Spectres down, with teams also able to put up big numbers against them. Ballarat on the other hand have no problems scoring – though they average less than Nunawading – but their defensive work is second to none, with still far an away the least points conceded in the competition – 1590 – despite playing an extra game compared to 10 of the sides. The Miners percentage of 108.5 is also exactly 10 per cent more than the Spectres who rank second.

In the first round of the season these sides faced off with Ballarat having to come from five points down at half-time to win the second half by 12 and secure a 94-87 win at Nunawading. They won three of the four quarters in that match, but a second term of 31-16 really let the visitors down. Jerry Evans Jr and Josh Fox both put up 20 points, while Fox also recorded 13 rebounds. Deng Acuoth picked up 10 rebounds himself for the Miners, as Sam Short had 17 points and eight rebounds, and Kuany Kuany had 19 points and six rebounds. For the Spectres, Tom Wright was the man on the points end, posting 25 points, five rebounds and four assists, while Dain Swetalla picked up a double-double with 19 points and 10 rebounds. Simon Conn was quieter than usual with just 12 points, four rebounds and three assists, though Shane McDonald managed the 15 points and four assists. The stats were pretty even across the board, but the Miners were better in the defensive attributes, including steals (7-3) and blocks (6-2), but really dominated the rebounding category, picking up 48 rebounds to 33, including 12 offensive rebounds to seven, allowing them to pick up double-chance points.

In this game, the Miners will head in as deserving favourites with a nice balance of point scorers, rebounders and playmakers. Evans Jr had a quiet game last time out against the Cobras, but the likes of Fox and Kuany stepped up in his absence to combine for 36 points and 15 rebounds. Ballarat did record 14 turnovers in the win which is something they might want to watch, but they do record plenty of points off the bench with both Marqueze Coleman and Acuoth proving handy, combining for 32 points and 17 rebounds in the quarter final. If Nunawading can take anything from the game against Frankston, it has to be avoiding a slow start. The Spectres remarkably won three of the four quarters, but went down by 10 points courtesy of a shocking 37-19 term. They also trailed at quarter time against the Supercats, but were able to get it back and steady thanks to a much better second half. If Ballarat starts strong, watch out, where if Nunawading can weather the early storm, they will be best positioned for a chance at glory.

Beware of the underdog is the message that Frankston Blues players will receive this week, as the second placed side faces an opponent they probably would not have expected to face in the third week of finals. The eighth placed Bendigo Braves snuck into the final post-season series spot courtesy of favourable results in the last round, but have made it count with back-to-back finals wins against fifth placed Melbourne Tigers, and fourth placed Kilsyth Cobras. The Blues did not look completely convincing against Nunawading Spectres in the qualifying final after quarter time, but given the lead and the Blues’ ability to do enough to secure the points, they have had the rest that Bendigo has not been afforded due to the eighth placed finish.

In season 2019. Frankston has won eight of 11 home games, and seven of 10 away games, signalling the Blues are comfortable wherever they play on any given day. The Braves have won six of 10 at home and seven of 12 away, but as the past two weeks have shown, regular season form means little once you hit the finals. Frankston have stormed to a massive nine wins on the trot after looking in trouble in the opening month of the season, while Bendigo looked great early, dropped off and then picked up again to win seven of their past 10 games, including their last four. Both teams know how to score, with Frankston being the highest scoring team in the competition, while Bendigo are not too far behind. Defensively, Bendigo is the better side, able to strangle the opposition and try and grind out a low-scoring victory, while Frankston is more than comfortable in a shootout situation. In saying that, Bendigo had to win a 115-104 match against Kilsyth in the semi-final, so the Braves can turn it on if required.

The last time these sides played, Bendigo was on a high and Frankston was struggling, which resulted in the Braves getting the points, 88-73 at home. In that match, Frankston led at quarter time, but the home team took control from there, winning the final three terms to secure the 15-point victory. Matthew Andronicos picked up a double-double of 16 points and 10 rebounds, while Jake Cowling (19 points, five rebounds), Ray Turner (16 points, four rebounds), Chris Hogan (10 points, six rebounds and four assists) and Deonte Burton (eight points, seven rebounds and eight assists) all shared the load. For Frankston, Damon Bozeman had 19 points and nine rebounds, but it was the starring performance of Majok Majok off the boards, posting 14 points, 15 rebounds and four assists that kept the visitors in the match. Igor Hadziomerovic (17 points, six rebounds and three assists) and Lachlan Barker (13 points, two rebounds and two assists) also contributed in the loss.

In this game, it will be a similar case to what Kilsyth was supposed to do last week, and the Blues need to stop Ray Turner. He is the number one point-scoring machine and overall star of the side, not to take anything away from the likes of Burton and Muo who have really been key over the season. The pair had big games last week at both ends and across the court, combining for 48 points, 17 rebounds and 13 assists, with Burton unstoppable for the match. The key with Turner is his efficiency, shooting at an eye-opening 85 per cent from the field last week which helped him get to 37 points, whilst picking up 12 rebounds. It might be up to Barker or Majok to stop Turner from getting easy looks, with the pair very competent blockers. The big difference with Frankston is the Blues are arguably the best rebounding side when their starting five are out there, as all of them provide a presence around the ring. For Bendigo to win, they have to keep doing what they are doing to get this far, but must be aware of how the Frankston guards are positioned and choose good looks when shooting. Frankston like Ballarat are deserving favourites, but it will be a case of whether or not Bendigo can dig deep and win on the road for a third consecutive final, or if the Blues’ firepower can overrun the Braves.