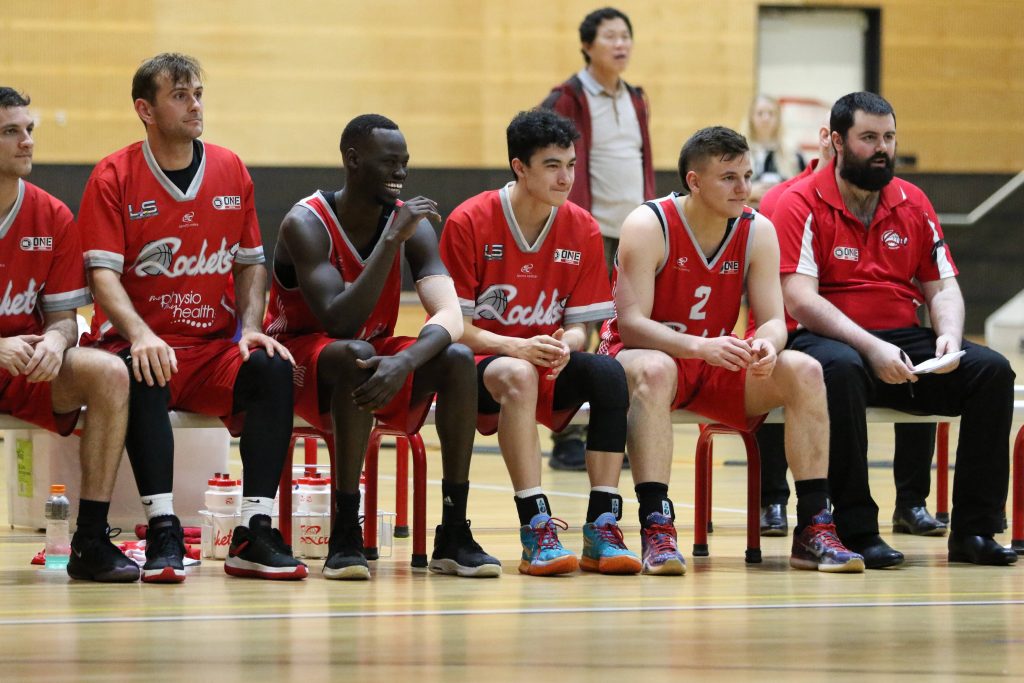 GRAND final weekend is upon us in the National Basketball League (NBL)1 Central league, as both the men’s and women’s league prepare to face off for the ultimate prize in one final match. There are plenty of storylines heading into this exciting weekend of basketball. From individual match-ups to scoring battles, basketball purists will find plenty to enjoy in these contests. The most intriguing perhaps lies in the appearance of both the North Adelaide Rockets’ men’s and women’s teams, from the most unlikely of positions.

The men’s Rockets team has made the grand final from fifth position, a feat that is considered challenging given the extra games that must be played from that position in comparison to the top teams, who require just two finals wins to make the final game. This side had a mixed bag throughout their regular season, but finished the home-and-away schedule winning four of their last six games, including an impressive triumph over the ladder-leading Sturt Sabres.

They entered the finals with low expectations upon them externally, given the strong form of sides such as the Sabres and the Forrestville Eagles. Their first final came against the Southern Tigers, an opponent well within their reach if they performed at their best, which they did. The fans were treated to a tense affair, as the match ended up progressing to overtime, thanks to a late steal and dunk from the Rockets. Thanks to some heroics from Jack McVeigh (26 points, 15 rebounds), the Rockets held on for a five-point win, but there were question marks as to whether they could recover in time to outlast another side. This opponent came in the form of the Forrestville Eagles, a much tougher foe in terms of regular season standings, but belief is powerful in the sporting world. A close battle for all four quarters, the Rockets were able to once again deliver in the clutch moments to grab a nine-point victory in an impressive upset. North Adelaide advanced, but once more their next opponent was a step up, facing off against the Sabres for a spot in the big dance. The Rockets had triumphed in their last outing, but finals is a different game. These doubts vanished, as North Adelaide took a commanding lead in the first half which set up a huge 17-point upset. With scoring weapons such as McVeigh and Adelaide 36er Sunday Dech in their arsenal, they would consider themselves a huge chance against the Norwood Flames on Saturday night.

The women’s side also finished fifth on the ladder with a record of 10 wins and eight losses at the end of the regular season, winning three of their last six matches. Their two strongest wins both came in the final round, giving them a whiff of momentum heading into the postseason.

Their first finals saw them take on the Eagles, in what proved to be a comfortable win behind Jess Good’s dominant performance with 29 points and 20 boards. Semi-finals in this league see the winner of the elimination final take on an opponent who finished around the top of the ladder, so the Rockets were next tasked with taking on the second-placed Sabres. Trailing by one point at the final break, the Rockets rallied behind stars Good and Taylor Ortlepp, and stormed home to advance to the preliminary final. The penultimate contest saw North Adelaide face off against the third-seed in the South Adelaide Panthers. This would prove to be the closest contest of the Rockets postseason, but once again it was Good and Ortlepp who delivered in the fourth quarter, guiding their side to the grand final with a four-point victory. With stars on both ends of the court, this team will take some stopping with their current form.

Both sides have displayed their ability to perform in clutch situations, and both carry some seriously good form. Perhaps an underdog story could put the final touches on what has been an eventful season.