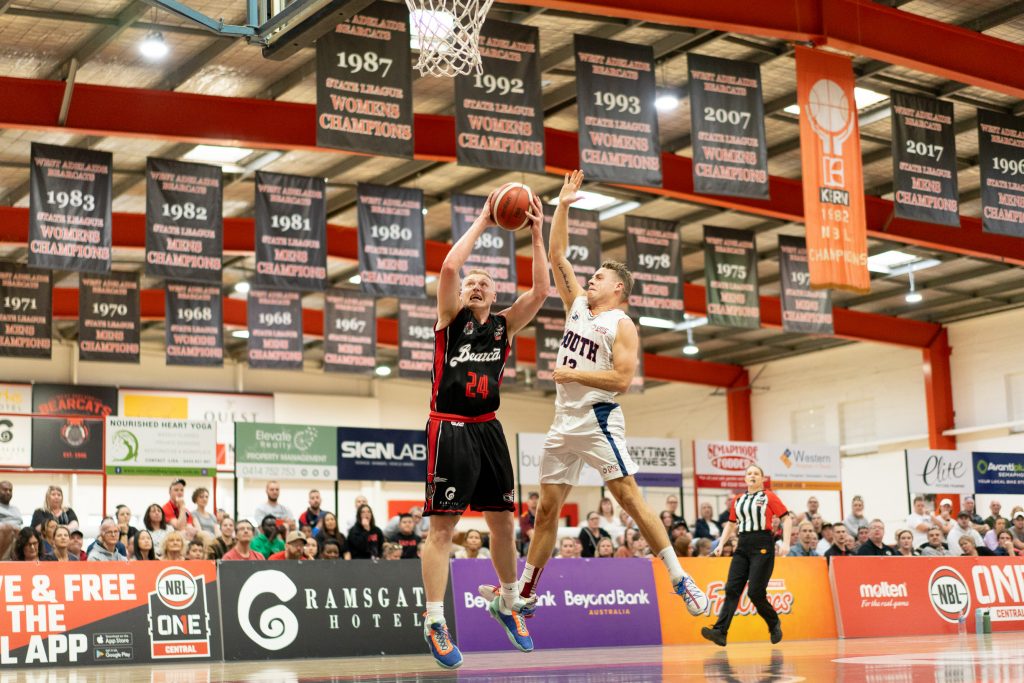 NBL1 Central resumed to its typical format over the weekend after a jam-packed ANZAC weekend. There were plenty of strong individual performances and convincing team wins.

A 25-8 second term set up a strong team win for the Flames as they eventually took down the Mavericks by 15 points on Saturday night. Norwood’s Bride Kennedy-Hopoate was the star for her side as she poured in 31 points and eight rebounds in a dominant display and her best game of the year. For the Eastern Mavericks, Mollie McKendrick continued her red-hot form with 24 points and 17 rebounds in a valiant display despite the final result for her side.

The Eastern Mavericks’ losing streak continues, falling to an impressive Norwood Flames side by 21 points at the ARC Campbelltown on Saturday night. Despite strong first and third terms, the Mavericks could not contain the Flames offensive during the remaining two periods, and their lack of defence cost them a shot at the win. For the Flames, CJ Turnage was excellent with 27 points, nine rebounds and five assists in a performance that displayed his ability to do it all for his side. For the Mavericks, Nathaniel Koko worked hard to get the offence rolling all day.

The Sturt Sabres have continued their strong form over last four games, defeating the inconsistent North Adelaide Rockets by 26 points at Springbank Secondary College on Saturday night. The Rockets were within reach for the first three quarters, but the 22-8 final quarter nailed the door shut as they were blown out of the water by a strong Sabres side. For the winners, Jade Johnson led all scorers with 18 points and four three-pointers. For the Rockets, Taylor Ortlepp was as dangerous as ever, finishing with 19 points, while teammate Jess Good had a double-double with 11 points and 16 rebounds.

The Sturt Sabres are yet to lose a game this season, rolling through the North Adelaide Rockets 78-58 on Saturday night to claim their fifth win in as many games. The Sabres broke away in the second term and never looked back on their way to the 20-point win. Sabre Sam Daly stuffed the stat sheet with 21 points, nine rebounds and 11 assists, finishing agonisingly close to a triple-double, but he would be just as happy with the win. For the Rockets, Jimma Dau’s 17 points topped the scorers sheet.

Dominant patches of play in the first and fourth terms saw the Eagles take down the Warriors by a strong 30-point margin at St Clair Recreation Centre on Saturday night. Following the Eagles gaining a 14-point lead in the first term, the game tightened up for the next two quarters, before a final term that was reminiscent of the first. For the Eagles, Samantha Simons and Cara Annetts combined for 51 points in a fantastic scoring display, while Emily Winter led all scorers for the Warriors with 14 on the night.

The Warriors have pulled off one of the greatest comebacks of the NBL1 season, outscoring their opponents by 17 points in the final term to steal a four-point win against the Eagles in dramatic fashion. A clutch Luke Stanbridge triple gave the Warriors the lead with under a minute to go, and they sunk the necessary free throws to seal the unlikely win. Stanbridge was the hero for the winners, with 30 points to go with his game winner, including five three-pointers in a remarkable display of shooting. For the Eagles, Jake Rios ended with 24 points and was impressive all game.

In the biggest margin of the round, the Tigers demolished the struggling Lions to the tune of 86 points at the STARplex on Saturday night. The Tigers were ruthless, beginning the game in dominant fashion, outscoring the Lions 29-0 in the first quarter, and the Lions never realistically looked competitive against their opponents. Teige Morell led the way for the Tigers, finishing the game with 26 points on an insane 11/12 from the field. This exceptional display was reminiscent of what happened between the sides during the entire match.

The Southern Tigers got the job done against the Lions on Saturday night, outscoring their opponents by 10 in the final quarter to take the final margin to an 11-point win. The Lions looked dangerously close to snapping their losing streak with an upset, but the Southern Tigers backed in their stars and their system and both paid dividends. For the Tigers, Machar Machar and Cameron Coleman combined for 55 points in a classic display of offensive tandem as they drove their side to victory. For the Lions, Lual Diing was as impressive as ever with his 23 points, continuing his strong form.

The South Adelaide Panthers were good enough to get the job done against the West Adelaide Bearcats, finishing with a 12-point triumph on Sunday afternoon. Despite the Bearcats matching them in patches, the Panthers put the foot down when required, and put the game out of reach early in the last quarter. For the Panthers, Alex Starling was a monster on the glass, finishing with 13 points and 17 rebounds in a dominant outing. For the Bearcats, Earnest Ross’s 20 points was crucial for keeping the side within reach.