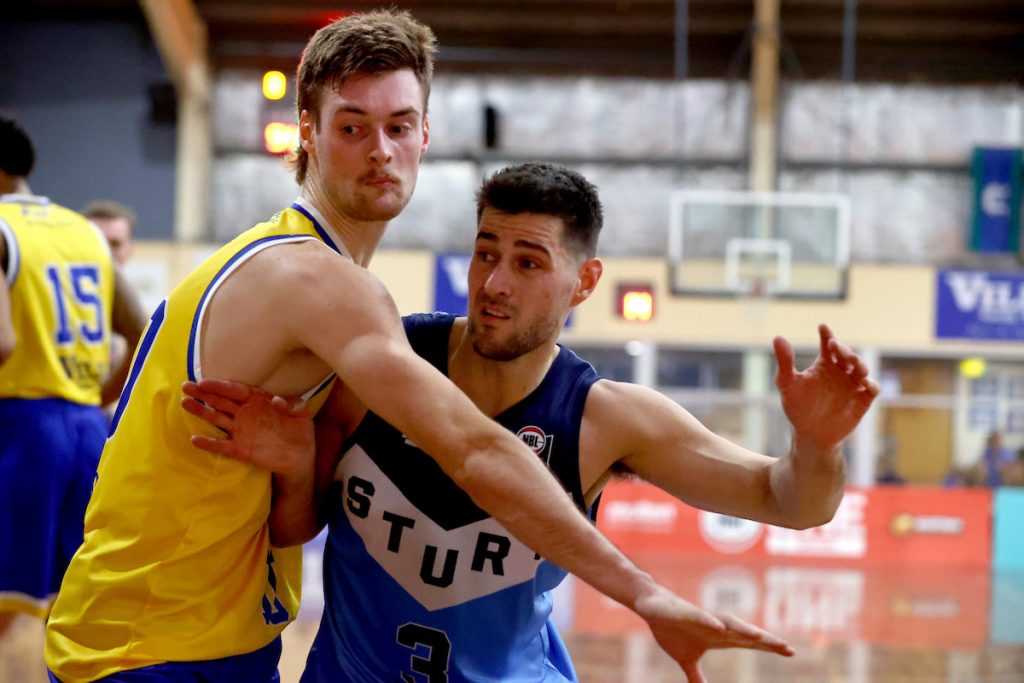 NBL1’s Central Division delivered a round of action that had blowouts, thrillers and everything in between, as we take a look back at this weekend’s games.

The Eagles were handed their first loss of the 2021 season, courtesy of a clinical performance from the Sabres. In a highly anticipated contest, the final margin was not even close, with Sturt walking away winners by a 24-point margin. The Sabres have moved up to second on the ladder, while the Eagles drop to third after the defeat. For the victors, Kylee Smith and Jade Johnson combined for 39 of the team’s 67 points, forming an impressive tandem. For the Eagles, Samantha Simons fought hard offensively and on the glass all day, finishing with 13 points and 12 rebounds in a valiant performance.

In an absolute thriller, Sturt outlasted their opponents in the last quarter, defeating the Eagles by five points at Wayville Sports Centre on Saturday night. With the game tied heading into the final quarter, Sturt did just enough to secure the win and remain undefeated after six rounds, a feat only they have achieved this season. For the winning side, Joel Spear and Sam Daly combined for 43 points and were vital in their team’s win. For the Eagles, Michael Harris was an offensive weapon, finishing with 26 points in what could have been a match-winning performance.

With the result of the game mentioned above, the Southern Tigers remain the only undefeated side in the league, following their 15-point triumph over the Flames. The Tigers now find themselves a game clear on top of the ladder and will be looking to keep it this way. The Flames now sit in seventh place on the ladder with plenty of work to do if they want to climb. For the Tigers, Teige Morell was instrumental, finishing with 24 points and 13 rebounds, seven of those being offensive. For the Flames, Genna Anderson was impressive with 23 points and 10 rebounds as she fought to keep her side afloat.

A big second quarter set up a seven-point win for the Tigers, as they took down the Flames at Morhett Vale Basketball Stadium on Saturday night. The Tigers outscored their opponents 26-13 in the second term, and the lead was eventually unassailable for the Flames, with the Tigers recording their fourth win of the season to put them in the top four on the ladder. For the victors, Cameron Coleman was eye-catching, with 28 points and 11 rebounds in a typically impressive outing. For the Flames, CJ Turnage was a monster, finishing the game with 31 points, seven rebounds and eight assists as he attempted to carry his side to a win.

The West Adelaide Bearcats recorded a crucial win as they defeated the struggling Eastern Mavericks by 19 points in their round six clash. The Bearcats didn’t lose a quarter for the game, and comfortably defeated an Eastern Mavericks side still searching for their first win in what has been a disappointing 2021 campaign for the club. For the Bearcats, Jennie Rintala performed strongly as expected, finishing with 21 points in a strong win. For the Mavericks, Mollie McKendrick continues to battle hard in a losing side, finishing with 20 points for the match.

The Bearcats were ruthless in their dismissal of the Mavericks, walking away with a 41-point win at Port Adelaide Recreation Centre on Saturday night. The Mavericks have looked incapable all season and this trend continued as the Bearcats used the match as a method of getting their confidence. For the Bearcats, Earnest Ross recorded a monster triple-double with 22 points, 15 rebounds and 10 assists in a dominant outing. For the Mavericks, William Wise battled his way to 19 points in a brave effort.

The Panthers continued their run of hot form, taking down the Warriors by 29 points, to continue their reputation as one of the in-form teams of the competition. Winning every quarter, the Panthers cruised to their fifth win of the season, while the Warriors were on the end of their fifth win of the year. For the Panthers, Olivia Thompson was their best performer, with 20 points and 14 boards, continuing her fine form. For the Warriors, Emily Winter battled hard as she typically does, scoring 30 of her side’s 67 points.

A final quarter surge saw the Panthers steal a four-point win from the Warriors at St Clair Recreation Centre on Saturday night. The Warriors led at the final break, and an expected win looked like it would unfold, but the Panthers outscored their opponents 28-19 in the final period to crush the hearts of Warriors fans. For the Panthers, Alex Starling delivered the performance of the round with 37 points, 20 rebounds and seven steals in a heroic effort. James Boonstoppel was the best for the Warriors with 23 points.

The final matchup for the round saw a ruthless Rocket display, as they crushed the Lions to the tune of 37 points to claim an important victory. The Lions’ woes continue as they remain in last place with no wins to show from six games, while the Rockets moved up to sixth place with a 3-3 record. For the winners, Taylor Ortlepp displayed her offensive arsenal, finishing with 27 points to once again be her side’s top scorer. For the Lions, April Rummery Lumb finished with 16 points and 10 rebounds.

The final game of the round saw an overtime thriller, as the Central Districts Lions snuck past the North Adelaide Rockets by four points at The Lights Community and Sports Centre on Saturday night. The Lions rallied in the final quarter to force overtime, and then proved to be the better time in the extra period. For the Lions, Lual Diing lived up to his reputation, pouring in a whopping 25 points and 24 rebounds in the win. For the Rockets, Jack Purchase was fantastic with 29 points and 14 rebounds of his own.