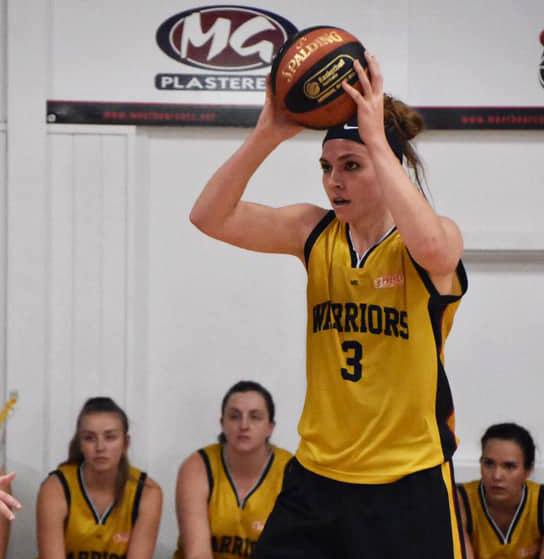 THE National Basketball League (NBL)1 competition was cancelled for the 2020 season, so instead we take a look back at some of the teams that would have been tipping off in the NBL1 Central competition. Today’s side is Woodville Warriors women’s side that finished in eighth spot on the ladder after a relatively up and down season only stringing together six wins for the year.

Morrell was a shining light for the Warriors throughout their 2019 campaign with the star playing every single game and averaging a whopping 32.4 minutes. Her durability and endurance proved to be the glue for the side while her ability to drive to the rim showcased her impressive talent. Morrell averaged a double-double with 21.7 points per game and 13.1 rebounds per game proving she was a real threat to every team given her on-court presence and most importantly execution.

Teaming up with Morrell throughout the season, Session showcased her ability to score from the free throw line making the most of her opportunities sitting an impressive 81.4 per cent. The American import did not skip a beat out on court throughout 2019, averaging 30.1 minutes per game and not missing a match credit to her commanding presence and experience. Although she was not the most accurate shooter from the field she let her playmaking skills do the talking with 3.4 dimes a game.

Kinross was another key contributor for the Warriors last season coming in at third when it comes to point scoring thanks to her accuracy from inside the arc. What was most impressive was her ability to pick pocket players as they streamed past. She averaged 1.4 steals a game, testament to her defensive skill while also gobbling up 4.5 rebounds in every outing. She took the court in 19 of a possible 20 games and played an average of 29.8 minutes.

HIGHLIGHT OF THE SEASON: SEASON OPENER

The Woodville Warriors kickstarted their 2019 season in style with a convincing win at home over the Central District Lions. They did not leave anything to chance romping home a 31-point victory showcasing just how impressive they can be when everything falls into place. It was full team effort with each player contributing to the scoreboard or putting in the hard defensively to keep the Lions to a mere 44 points for the match.

BEST WIN: ROUND 8 WIN OVER THE BEARCATS

After back-to-back losses, the Warriors pulled something special out of the bag in Round 8 to shock the Bearcats and walk out with a 13-point win. West Adelaide finished the season three spots higher than Woodville highlighting just how much of a momentous win this was, throw in the fact it was on the road . The Warriors showed plenty of grit and determination throughout the match to muster up the ability and star power to knock their opponents off their perch with Morrell and Session leading from the front. Valuable contributions from the likes of Teresa McGreehan and Katherine Perkas also did not go unnoticed with the duo helping to push their side over the line in the win.

Although the Warriors did not finish the season the way they would have liked, dropping the last five games of the season, they will take some confidence out of the year winning against some of the higher ranked opponents and going down by narrow margins in some matches, proving they have the calibre and skillset to mix it with the higher echelon teams. If they are able to keep their team together for the next season expect them to come along in leaps and bounds and really put some pressure on the rest of the competition.