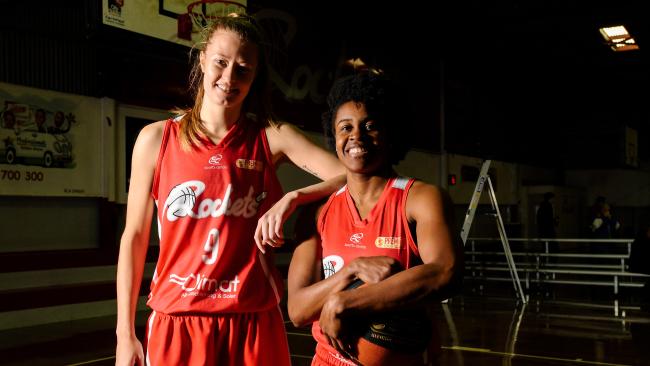 THE National Basketball League (NBL)1 competition was cancelled for the 2020 season, so instead we take a look back at some of the teams that would have been tipping off in the NBL1 Central competition. Today’s side is North Adelaide women’s side who had a challenging year to say the least only managing to win four games but showed plenty of competitive spirit throughout the season.

Corrigan was a key cog for the Rockets throughout their 2019 campaign able to hit the scoreboard with an average of 12.8 points per game while falling just short of a double-double with 9.5 rebounds each game. She had an influence up either end of the court and while she will be hoping to improve on her three-point accuracy only sinking one of her 14 attempts her ability to make the most of it from the charity line put her in good stead. Corrigan averaged the second most minutes of anyone on her team with 30.7 minutes and took the court 19 times such was her influence each time she stepped out on deck. Her defensive work was also noted, managing to collect 1.6 steals a game credit to her pressure.

DeFrancesco took the court 15 times for the Rockets throughout the season and proved she was no slouch when it came to pouring on the offensive pressure leading the way with an average of 13.7 points per game. While her efforts on the scoreboard were impressive it was her ability to dish off a dime that did not go unnoticed often setting up teammates to charge towards the bucket with 5.3 assists a game. Although her accuracy was not as deadly as she would have liked she still managed to make it count and plied her trade each time she was out on court racking up an average of 31.5 minutes, credit to her endurance and basketball smarts.

Pairing well with the likes of DeFrancesco and Corrigan, Mader proved to be just what the doctor ordered for the Rockets able to hit the scoreboard and play plenty of minutes. With an average of 10.8 points a game Mader showcased her strength inside the arc and while she struggled to find her range beyond the perimeter her accuracy from the free-throw line all but made up for it converting at an impressive 78.7 per cent. Mader featured in 19 games for the Rockets and ran the court well playing an average of 23.1 minutes helping provide some consistency for her side. She showed glimpses of her defensive pressure picking up a steal a game while also collecting 3.4 rebounds.

Highlight of the Season: Snapping a six-game losing streak

It had been a difficult month and a half for the Rockets who failed to get a win. But that all changed in Round 10 of the season when the Rockets mustered up something special to all but put an end to their run of wretched losses, downing the Central District Lions 92-79. Although the Lions finished lower on the ladder than North Adelaide it was a momentous occasion for the club who were struggling to find any rhythm on court and proved they did have what it takes to put out a full game performance and get the job done.

With the Rockets only registering four wins throughout their 2019 campaign we had to go back to Round 1 to discover their best win of the year. Coming up against the Mt Gambier Pioneers, the Rockets left nothing to chance making the most of their opportunities and ultimately getting the job done by 11 points (75-66). While it was only Round 1, the Pioneers were a formidable line-up that went on to finish inside the top four but it gave North Adelaide plenty of confidence and belief that on their best day, they can in fact compete with the best in the business. Strong performances from the likes of Corrigan (11 points) along with Mariah Seals (11 points) and Alicia Carline (17 points) all but helped to set up the momentous victory.

If the Rockets can find another play maker that can hit the scoreboard regularly and help bridge that gap between their best and worst, it will help set them up for a more successful 2021 season. North Adelaide have the makings to be a strong team that can challenge the top teams but need to find that consistency across the board.