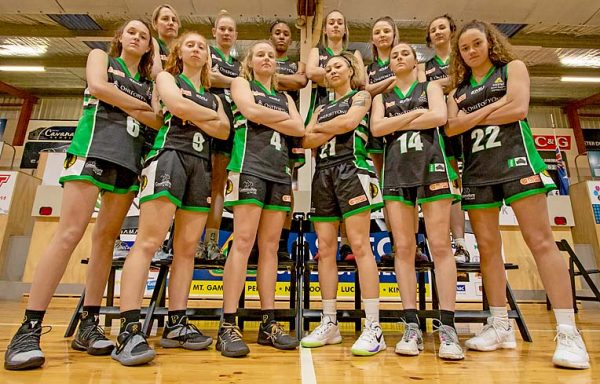 THE National Basketball League (NBL)1 competition was cancelled for the 2020 season, so instead we take a look back at some of the teams that would have been tipping off in the NBL1 Central competition. Today’s side is Mt Gambier Pioneers who finished fourth overall, but fell at the penultimate hurdle to eventual premiers, Forestville Eagles.

The Pioneers’ top scorer put up some good numbers in season 2019, averaging more than 22 points per game, as well as close to seven rebounds, five assists and two steals. She filled plenty of stats across the course of the season, only dipping below 15 points once, and 20 points four times. Her best game came against the West Adelaide Bearcats in May, when she dropped a triple double on them thanks to 23 points, 14 rebounds, 10 assists and three steals after threatening to do it against Eastern Mavericks the week before (16 points, nine rebounds, 13 assists, four steals and two blocks).

Predominantly used as an inside shooter who forced opposition defenders to foul her, Roberts was more than capable of averaging 20 points per game whilst picking up double doubles with ease. In her 20 games, Roberts racked up no less than eight double doubles, and only dipped below 15 points on one occasion. It is hard to pinpoint her best game such was her consistency, but the semi-final against Eastern with 26 points, 12 rebounds, six assists and four steals would be the leading contender.

Despite having some inaccuracy issues throughout the season, Winter provided some good service throughout 2019. She was low across the board in terms of her two and three-points shooting, but some games, such as the win over Central District in June, saw her record 23 points and five rebounds. In that match, she made seven from 10 inside the arc, dropped the only three-point attempt and drilled eight from 10 at the line. She also provided a strong presence off the board, picking up her sole double-double two weeks later against Central again thanks to 16 points and 11 rebounds.

Highlight of the season: Semi-final win over Eastern Mavericks

Winning on the road is far from easy, particularly in a final and that was exactly what the Pioneers did against the Eastern Mavericks in the semi-finals. The win put them a victory away from the grand final, and while they could not quite get there, the semi-final win was a memorable one.

It is no surprise that the semi-final win was the best win for the season as the Pioneers overcame a barrage of points from the competition’s best player, Carmen Tyson-Thomas to take out the match. Both teams only used minimal players, with the Pioneers having four players record 40 or more minutes in the game. Roberts was the top player with 26 points, 12 rebounds, six assists and four steals, while Frost totalled a team-high 30 points, five rebounds, six assists and four steals. Melissa Wormald also had a strong presence with 23 points, seven rebounds and five steals.

While the 2020 season did not get to play out the way the basketball community had hoped, Mt Gambier Pioneers would have had a chance at competing against Victorian rivals in the NBL1. It could have been a great test for the Pioneers after a strong season in the South Australian state league, so it will be fascinating to see how they go in 2021.

Mt Gambier Pioneers were able to come close to a grand final but could not quite get there, falling short in the preliminary final. They showed that they were able to beat anyone of their day, and coming into 2021, they will be the most watched side in the NBL1 South to compare the quality of the leagues.