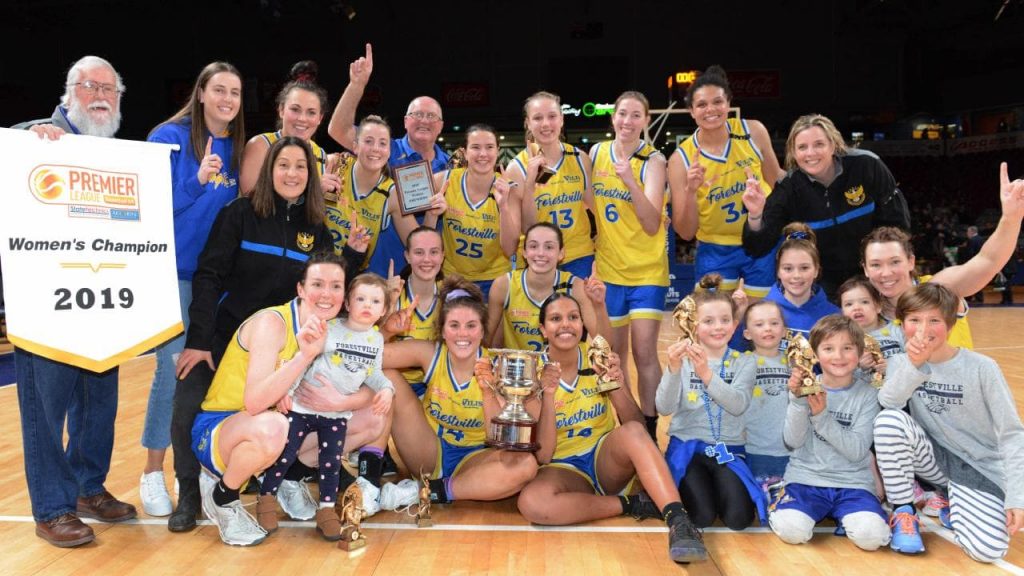 THE National Basketball League (NBL)1 competition was cancelled for the 2020 season, so instead we take a look back at some of the teams that would have been tipping off in the NBL1 Central competition. Today’s side is the Forestville Eagles women’s side that came from second on the table to time its run perfectly and bounce back from an early finals loss to win the title.

In a team where the load was evenly shared – 11 players took the court for more than 10 minutes per game and seven of those greater than 20 minutes per game – it was Roberts who spent the most time on the court, averaging 32.2 minutes per match. In that time she averaged a team-high 13 points per game, as well as six rebounds, three assists and more than one steal in what was a productive year. What made her even more damaging compared to her teammates was her accuracy, where she drilled 44.5 per cent of her two-point shots, 30.3 per cent of her three-point attempts and 79.4 per cent of her free-throws.

Playing just the 16 games, Sawyer makes the list being a good all-round player. She averaged the 10.3 points, 5.6 rebounds, 1.5 steals and a team-high 4.1 assists. In other words, she used her clean ball skills to pick pocket and produce dimes to set up teammates. Her accuracy could certainly improve with low percentages from the field, but when she got to the charity stripe she was generally reliable. One of many contributors on the side and only one of the three that averaged double-figure points.

Playing all bar one game, Vidmar was the third player to average double-figure points and manage the third highest minutes on the team with 27.7 per game. In that time she picked up an impressive 45.8 per cent accuracy from two-point range, but was best known for her long-range bombs that dropped a team-high 39.2 per cent of the time. She also put up more than 70 per cent from the free-throw line, and finished with a handy team-high 1.7 steals per game.

Highlight of the season: Winning the title

There are very few highlights that would come close to the taste of winning a title and it is an easy pick to determine that the ultimate glory from 2019 was taking out the South Australian Premier League title. It was made all the more sweet having to bounce back from a 15-point defeat at the hands of their opponents, Sturt Sabres two weeks earlier. They only just survived against Mt Gambier Pioneers by two points the week before but ultimately found their groove to win 61-58 in the decider.

It will be a game unlikely to be forgotten any time soon by the Eagles, who played out of their skin to get the three-point victory. Like they had all season, it was a team effort, with Oceana Hamilton leading the way thanks to 16 points and 12 rebounds, while Vidmar (13 points, six rebounds and two assists) and Rebekah Frisby-Smith (12 points, four rebounds) also reached double-figure points. Roberts played a team-high 37 minutes to finish with nine points, seven rebounds and four assists, while Aimee Brett had nine points, seven rebounds and five assists.

Forestville Eagles would have headed into 2020 without Roberts or Hamilton, but had largely kept their premiership-winning team together. Combined with an influx of talented youth stepping up to senior ranks, it would have been an exciting year for the Eagles, one that they hope to build on in 2021.