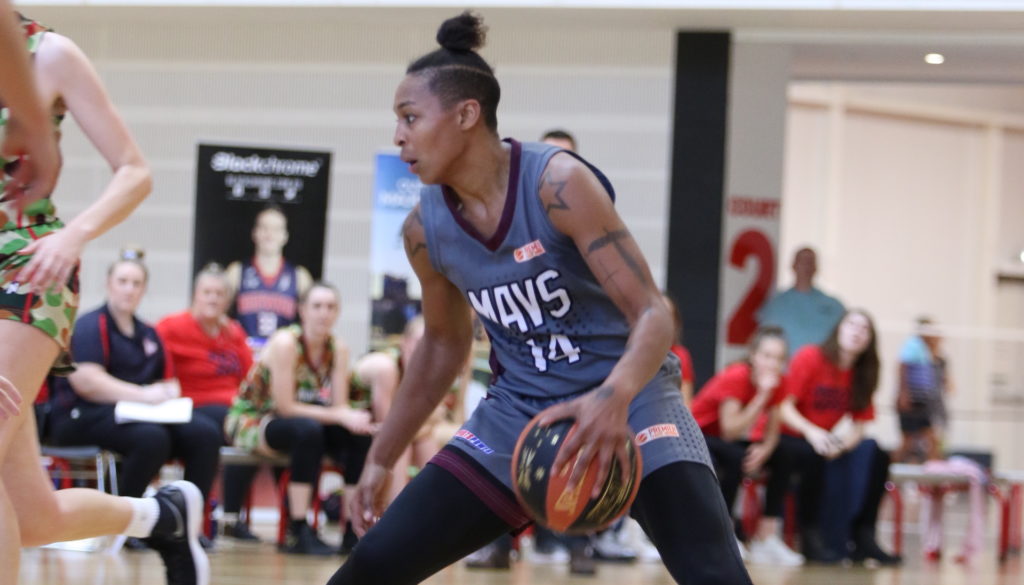 WITH a number of predicted blockbusters, the new era of the National Basketball League (NBL)1 is filled with intrigue and excitement as imports come and go and some consistent local players shape the NBL1 Central competition.

In our featured game for the women’s competition, two sides that had disappointing years in 2019 are tipped to shoot up the ladder thanks to some impressive inclusions. North Adelaide host the game at The Lights with tip-off from 7pm and no doubt a big crowd will gather to watch the Rockets try and improve on their ninth placed finish considering their famed history of a record-breaking 21 titles. Adelaide Lightning’s Danni Angley is a huge recruit to the side, having plucked her from the Sabres last season following a really balanced year that saw her pick up more than 10 points, and five rebounds and assists per game. She joins playmaker, Sam Defrancesco and big, Tayla Corrigan with the pair providing plenty of assistance in the front and back courts respectively. Given the Rockets were arguably lacking that extra cream on top, the inclusion of Angley would give the North Adelaide fans plenty of hope for the season ahead.

If Angley is a strong recruit, then Norwood is a team that can lay claim to topping that, with the inclusion of league best and fairest in Carmen Tyson-Thomas. The former Mavericks star topped the league in points per game (27.6), but also averaged a double-double across the board with 12.3 rebounds, 3.5 assists and 1.9 steals per game. She is the most in-form player in the competition going off last seasons form, and the Rockets will need to find a way to guard the scoring machine. Though the Flames – who finished seventh last season – are far from a one player side, with Kelsey McKay likely to step up alongside Shannon Webber, while a number of young talents will look to make their mark on the competition. North Adelaide will start favourites, but if Tyson-Thomas can get off the chain, then watch out for the Flames.

A big question mark hangs over the Mavericks following the departure of Tyson-Thomas from the ranks after a massive first season in the competition. They are yet to confirm their full list, but a fellow import, Stephanie Ratliff will lead a young, developing side into battle this weekend. They will be up against it this year to try and recreate the strong form of last season, but Brooke Basham is a proven talent in the side along with Ratliff as they hope to remain in contention in 2020. Meanwhile West Adelaide will be favourites in this game, with Jasmin Fejo and Jennie Rintalla to team up as the strong Adelaide 36ers duo. Sky Langenbrinck will be a consistent rebounder in the side, whilst a number of young talents will counter the same youthful enthusiasm from the Mavericks.

The reigning premiers will unveil their title in front of home fans with a match against Woodville tipping off at 6.45pm. The Eagles have lost Chelsea Roberts who was a prominent player in the premiership campaign, but Gabi Vidmar is an absolute star who cannot be ignored. Along with Vidmar, Amy Cotton teams up with some great work off the boards, while Rebekah Frisby-Smith and Ambah Kowcun who have some serious X-factor and great potential for the future as young talents. Woodville has snapped up former Flames star, Cheyenne North after enticing her to move from the club with Tyson-Thomas heading there, and will join a team that will be crying out for a star playmaker with the departure of Teige Morrell. Fellow Flames’ teammate Chloe Purvis has joined North at the Warriors and could be a big improver this season and will be one to watch as well.

South Adelaide has a lot of change from its second last position in 2019, with Brianti Saunders out of the side after a huge year last season. The Panthers have looked to the likes of Ashley Spencer and Olivia Thompson who have both been recruited to the club and immediately added to the top-end talent, while Mollie McKendrick is a rock of consistency for the side during its tough campaign last year and will be looking to give the home fans something to smile about in this encounter. The Tigers have also pulled out a big gun by recruiting WNBL talent and former Woodville star, Morrell to the club. She will be a formidable player in the line-up, especially with the departure of TaRea Cunnigan. With Dennelle Fawcett, Isabella Stratford and Jemma Thacker in the line-up, the Tigers should push for a finals spot this year and be favourites in the clash, but we will learn a lot about both of these sides from this first round encounter.

To close out the round at Pasadena, Sturt Sabres hosts Central District Lions in a game that the Sabres must win to start their season off on a high. No doubt the organisation will be ruing a missed opportunity for their sixth flag last season after finishing minor premiers but losing in a three-point heartbreaker to Forestville in the decider. While the Sabres might have lost Angley to fellow contender North Adelaide, Sturt has pulled out a huge signing in Nicole Seekamp from the Lightning in the Women’s National Basketball League (WNBL) and she could go close to the league best and fairest if on song. Along with Ruby Porter and Kylee Smith, the Sabres are in a healthy position to be contending again despite Angley’s departure. After a one-win season in 2019, the only way is up for Central District with the Lions yet to confirm the full list. Jazmen Boone and Leah Swain were a couple of impressive players despite the overwhelming odds stacked against them last season, but the younger brigade will need to step up if they are to have a better season in 2020. Sturt should have no troubles in this game, but the unknown quantity of the Lions makes it an exciting contest.