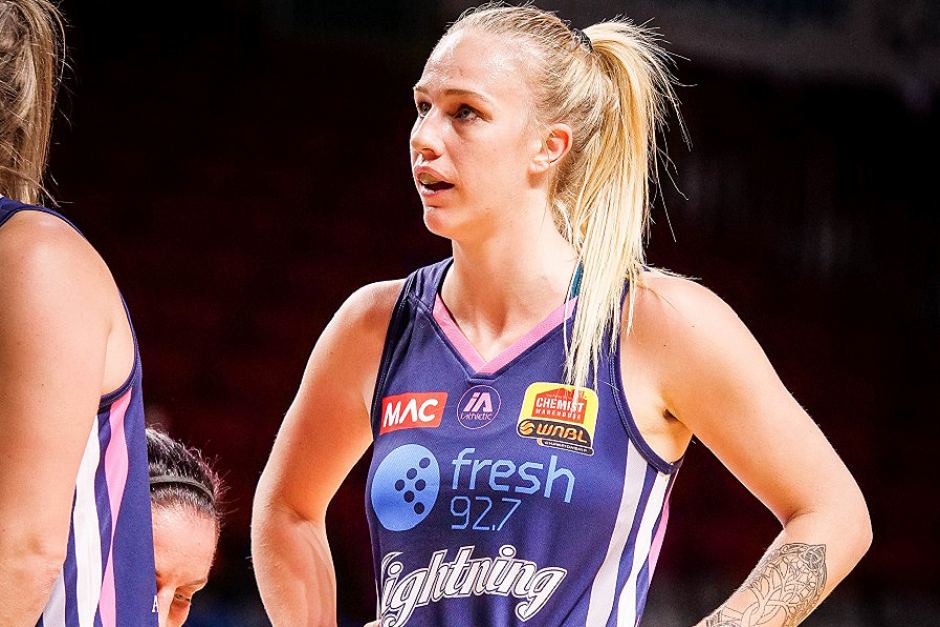 THE countdown is on to the National Basketball League (NBL)1 season, and we take a look at the Central women’s competition and go team-by-team for the season ahead. Historically North Adelaide is the strongest team with a massive 21 titles – 12 more than their nearest rival – whilst Forestville Eagles have the most of this century and will be hoping to go back-to-back with a victory in this year’s competition. A number of changes have made the new rebrand of the former South Australian Premier League an interesting one for the year ahead which tips off this weekend.

Yet to win a title, the Central District Lions will be keen for more success under the rebrand. In 2019, the Lions unfortunately finished last and will be hoping to improve in season 2020. In particular, the Lions won just one game from 19 matches in the women’s, and with the official announcement on the finalised list yet to come via the NBL1 website, there is still a great unknown about the side. Among the top players in 2019 were Jazmen Boone (21.3 points, 12.7 rebounds, 3.2 steals and 2.6 assists) and Leah Swain (11.3 points, 7.7 rebounds and 1.1 blocks), while Niroshka Perez-Crespo (13.4 points, 2.8 rebounds and 1.1 steals) also contributed as the other one to record double-figure points. They will come in as the underdogs for season 2020 with nothing to lose and will hope to surprise a few teams.

The other women’s side yet to officially announce a team and without a women’s title to its name, the Eastern Mavericks had an impressive season in 2019, finishing third on the table before suffering a heart-breaking three-point loss to Mt Gambier Pioneers in the semi-finals. A large reason for their success was the unstoppable nature of Carmen Tyson-Thomas who was a scoring machine ranked number one in the competition with 27.6 points per game across 21 matchers. She also pulled in 12.3 rebounds per game, as well as 3.5 assists and 1.9 steals. Unfortunately for the Mavericks, Tyson-Thomas has departed the club to join Norwood Flames which will be a disappointing result for the Mavericks, with Brooke Basham (16.7 points, 4.4 rebounds, 2.8 assists and 2.0 steals) a key player in 2019, and Stephanie Ratliff (9.7 points, 11.8 rebounds) enormous off the boards. The loss of Tyson-Thomas will be a big one and it will be fascinating to see how the Mavericks build their rotations this season.

The Eagles are the reigning champions in the South Australian Premier League and will hope to bring that success across to the newly-branded competition. They have been the most successful club in this century, having won a combined 13 titles between the Eagles’ men’s and women’s sides since 2000. In the decider last year, the Eagles got up over Sturt Sabres by just three points in an upset result in the women’s competition having lost to them in the semi-finals. Last year Chelsea Roberts was a standout player but has not been named for this season, with Gabi Vidmar the next highest points-scorer courtesy of 10.3 points, 4.0 rebounds, 2.7 assists and 1.7 steals per game. There might be some question marks over whether or not the Eagles can get up to the level again with Roberts, Oceania Hamilton and Ella Sawyer all out of the team (three of the top five scorers), though Amy Cotton‘s work off the boards (8.2 points, 6.1 rebounds) will be handy this year.

Historically, North Adelaide is the most successful women’s side with a remarkable 21 titles to its name, including a golden era of six titles in eight seasons between 1964-1971, a four-peat from 1988-1991 and a three-peat from 1975-1977. However since the turn of the century, North Adelaide has won just three titles, but the most recent came two seasons ago in 2018. The Rockets were a fair way off the pace in season 2019, winning just six from 20 and remaining above South Adelaide by two wins, but still a heap of goal difference between themselves and eighth placed Woodville Warriors. Adelaide Lightning’s Danni Angley will be a huge addition to the side, having crossed from grand finalists, Sturt Sabres. In 2019, Angley averaged 11.7 points, 5.4 rebounds and 4.9 assists and should help improve the quality at the club. She joins the unique duo of playmaker, Sam Defrancesco (13.7 points, 5.3 assists and 1.3 steals) and rebounder, Tayla Corrigan (12.8 points, 9.5 rebounds, 1.6 steals and 1.2 blocks) in what will be a formidable trio in season 2020. Abi Mader is another one to watch out for, still putting up solid numbers of 10.8 points, 3.4 rebounds and 1.0 steals per game. Based on Angley’s inclusion, the Rockets should take off this season.

Norwood is primed to be among the contenders to add to its eight titles with the recruitment of Tyson-Thomas to the Flames in 2020. As the premier scorer in the state competition, she adds another dimension to the side that finished seventh in 2019, though in fairness was a little unlucky, missing out on a finals spot by one win, and still being five wins clear of the bottom four. Returning to the Flames for 2020 will be Cara Annetts (14.1 points, 7.1 rebounds and 1.3 steals) and Shannon Webber (11.9 points, 5.0 rebounds and 3.1 assists) with Tess Bruffey and Cheyenne North both departing after being regulars in the starting line-up. Tyson-Thomas will be good for about 25 points extra per game and cover the loss of those departures, and it would be surprising not to see Norwood in the finals with a clear improvement on the roster, departure of Mt Gambier Pioneers and the clear drop of Eastern Mavericks. The team to watch in 2020.

After winning a title in the second year of the state league way back in 1958, South Adelaide has had a dry spell in the women’s competition, now stretching beyond 60 years without a title. The Panthers will hope to change that in 2020, but will need to drastically improve on their 4-15 win-loss record which was second last overall on the table. The loss of Brianti Saunders (18.7 points, 6.0 rebounds, 2.4 assists and 1.7 steals) who was their star player last season, as well as the limited impact of Adelaide AFL Women’s cross-coder Anne Hatchard (16.6 points, 10.8 rebounds off five games) due to those commitments means they will need to find a way to cover them. Mollie McKendrick (16.7 points, 8.7 rebounds, 3.4 assists and 1.2 steals) was the other player to record double-figure points and will be the main focal point for the team in offense and off the boards, while West Adelaide recruit Ashleigh Spencer (12.2 points, 6.1 rebounds) has been brought in to assist her in that facet of the game, as has Forestville’s Olivia Thompson.

Known as the Noarlunga City Tigers, the team has won the one title – in 2017 – since simplifying it to Southern Tigers, to accompany the four titles under the previous name. A three-peat between 1984-1986 was a golden part of the club’s history and no doubt the modern players will hope to build that again. They narrowly missed out on a finals spot last season, finishing one spot outside the top five in sixth, just 31 points behind West Adelaide on differential and showed they were not too far off the mark. Despite the departure of TaRea Cunnigan (18.9 points, 6.6 rebounds, 2.2 assists and 2.1 steals), the Tigers have found a massive inclusion to the team to replace her in Bendigo Spirit and Woodville Warriors’ Teige Morrell. She averaged 21.7 points, 13.1 rebounds, 2.7 assists, 1.4 steals and 1.4 blocks as one of the stars of the competition. Combining her with the likes of Denelle Fawcett (14.4 points, 7.3 rebounds, 3.3 assists and 1.8 steals), Isabella Stratford (12.1 points, 4.9 rebounds) and Jemma Thacker (11.3 points, 5.1 rebounds and 2.3 assists) will be hard to stop for any side. Like Norwood, a team to watch that will likely force its way into the finals series.

Last year’s minor premiers suffered a heart-breaking three-point loss in the grand final to Forestville Eagles and will be determined to bounce back and go one better in 2020. The Sabres have a strong junior program which will filter through to senior level, and while they last won a title in 2008, are always thereabouts in the competition stakes. They have lost Angley to North Adelaide, but gained the biggest inclusion of all with Nicole Seekamp coming on board following a strong WNBL showing. She averaged 11.0 points, 4.2 rebounds, 8.0 assists and 1.2 steals last season for the Adelaide Lightning and has the potential to tear the state league apart with so many of her peers in the WNBL playing in the South conference. She is joined by Ruby Porter who was at the Sabres last season, putting up numbers of 7.6 points coming off the bench, then earning a place on the Lightning’s list. Kylee Smith (18.2 points, 10.6 rebounds, 2.9 assists and 1.1 steals), Kayla Matthews (11.1 points, 3.4 rebounds and 3.2 assists) and cross-coder with Glenelg in the SANFL Women’s competition, Soraiah Moon (6.5 rebounds) are all back again for another year where Sturt should be the team to beat.

West Adelaide is the most successful men’s side, whilst the women’s team has seven titles to its name. All bar one came prior to the 1994 season, with the only title in the past 26 years coming in 2007. The Bearcats managed to sneak into the finals with a superior points differential in 2019, but will be the hunted for that spot this year. Adelaide Lightning’s Jasmin Fejo returns to the team having been the top player for the side in 2019, averaging 16.2 points, 5.1 rebounds, 2.5 assists and 2.4 steals. In 2020 she will be without her partner-in-crime, Spencer who has headed to the Panthers. Coming into the side is fellow Lightning teammate, Jennie Rintala who will add an extra top-end talent on the court, while Sky Langenbrinck (12.2 points, 6.1 rebounds and 2.2 assists) will add to the scoring depth. Exciting prospects, Abby Brenton and Chloe Hodges have come up from the Under 18s and will be ones to watch this season in what will be  some great youth filtering through the side.

Another side without a title in the women’s competition, Woodville has a lot of question marks about the season ahead with just seven players confirmed via the NBL1 website. An eighth placed finish last year and a “best of the rest” in terms of those outside finals contention early on, the Warriors were fairly competitive throughout the season but did not quite pull off more favourable results. They have lost Morrell to Southern Tigers in what will be a huge blow to their chances, and with the four other players averaging more than four points per game also not named as of yet, it will be interesting to see how they go. Ionna McKenzie is a former Texas Tech representative, with fellow American import, Cheyenne North coming from Arkansas Tech. Chloe Purvis has crossed from Norwood where she averaged 5.5 points and 2.9 rebounds, while Eliza Joynes (6.7 points and 3.8 rebounds) and Amy Horskins has joined the Warriors from the Rockets. A lot of unknown about the Warriors and it will be interesting to see how the Americans adapt to the team this season.