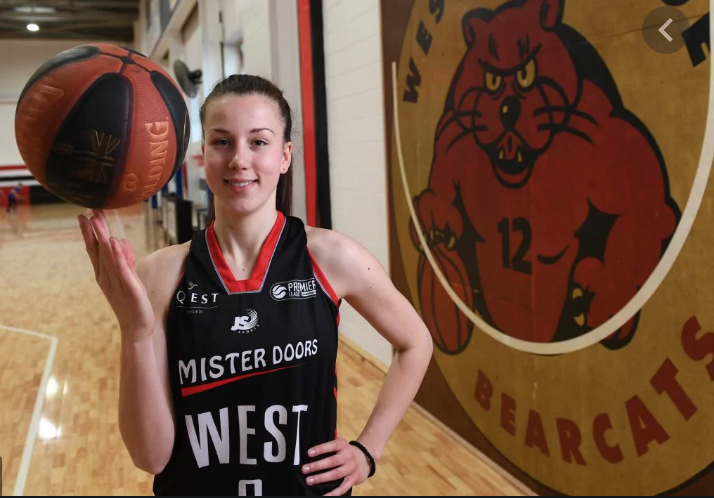 THE National Basketball League (NBL)1 competition was cancelled for the 2020 season, so instead we take a look back at some of the teams that would have been tipping off in the NBL1 Central competition. Today’s side is West Adelaide who proved they have plenty of talent amongst the ranks but just need to find some consistency to go that step further.

Across the 18 games she played, Fejo was a key cog in the Bearcats unit with her ability to hit the scoreboard and get involved defensively averaging an impressive 2.4 steals a game. Fejo was never far from the action sinking 16.2 points a game and most importantly was accurate from inside the arc sitting at over 50 per cent. Her skill from the charity line was also unquestionable nailing 72.6 per cent of her chances and while she will be hoping to build on her accuracy from three-point range proved she was reliable in other areas.

Spencer was one of the most reliable players to take the court for the Bearcats throughout their 2019 campaign playing every game. She averaged 24.8 minutes per game and was a main source of scoring power for her side dropping an average of 12.2 points each time she stepped out on court. Although she was not as accurate at Fejo from inside the arc her ability to hit a three was stronger sinking 25 from 73 attempts at 34.2 per cent. With her scoring prowess on show, Spencer also showed that she was strong on the rebound brining down an average of 6.1 per game.

After featuring in every game of the season Langenbrinck averaged 24.3 minutes on the court and was an influential player able to light up the court with her scoring ability. She averaged 10.9 points a game and while she struggle when it came to converting from beyond the perimeter her nous to sink them from the charity line was evident. Her rebounding ability was strong bringing down 3.8 a game while her cleanliness to get a hand in and steal the ball was a key component of her game play.

HIGHLIGHT OF THE SEASON: ELIMINATION FINAL

Although they did not get the outcome they were hoping for, the sheer fact the Bearcats made it to the elimination finals is a feat in itself. Going down by a heartbreaking two points, West Adelaide showcased their never say die attitude, grit and determination to put up a real fight and take it to Mt Gambier. Langenbrinck led from the front as per usual, knocking back an impressive 22 points while Spencer (15 points), Fejo (10 points) and Alexis Eckles (10 points) left nothing to chance in what was unfortunately their last outing for the season. while it was a devastating loss, the Bearcats will take plenty of confidence and belief out of their performance.

BEST WIN: NARROW ROUND 19 VICTORY OVER THE MAVERICKS

Up against the higher placed Eastern Mavericks the Bearcats well and truly took it to them in Round 19 showcasing their desperation to make it to finals and execution to prevail in a tight contest. Standing up under the pressure the Bearcats collected a five-point win with the likes of Jasmin Fejo (17 points) leading the way for her side. Valuable contributions from teammates Kristina Arsenic who sunk 15 points, Spencer 12 and Tahlia Fejo 10 points also helped to get them over the line in the dying stages of the game.

Making it to finals albeit bundled out in the elimination finals, West Adelaide clearly have a good core group of players that can dictate the way the team plays and their dominance. But the inclusion of another scoring prospect or a strong defensive minded player will help give the Bearcats that added strength to hopefully progress further in finals next season.