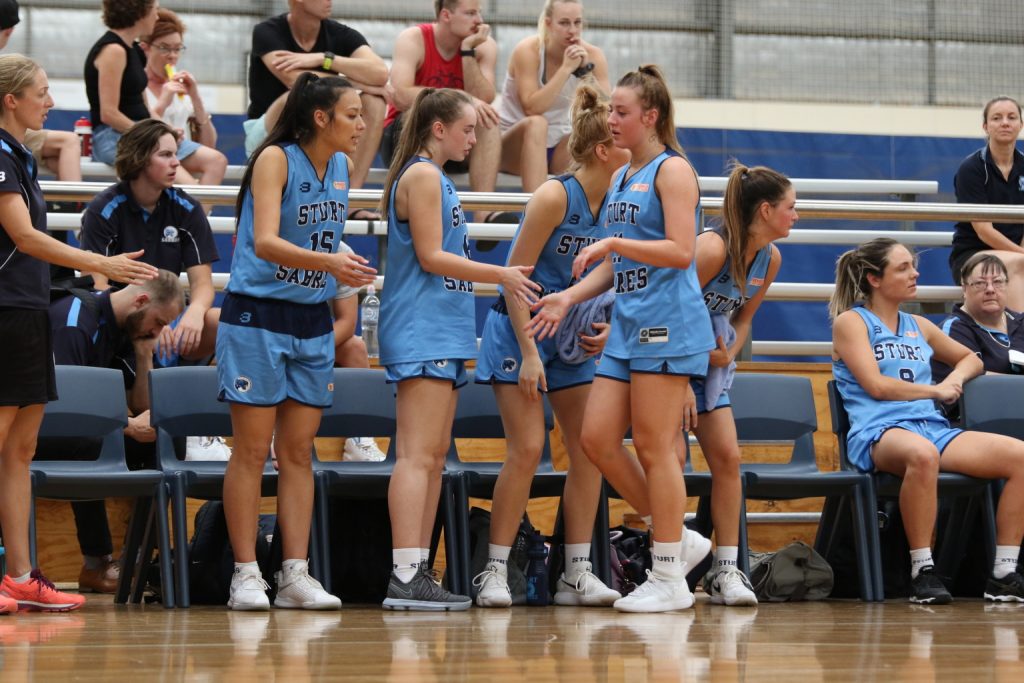 THE National Basketball League (NBL)1 competition was cancelled for the 2020 season, so instead we take a look back at some of the teams that would have been tipping off in the NBL1 Central competition. Today’s side is Sturt Sabres who after finishing top of the table fell painstakingly short in the grand final, losing by three points.

Playing in 22 of the Sabres’ games throughout the season, Brett was as consistent as they come when on court. Falling short of a double-double with an average of seven rebounds and 11 points Brett ensured she was a constant threat from the free-throw line thanks her 63.8 per cent accuracy. Brett played an average of 23.6 minutes each game showcasing her endurance and reliability when on court to lead the team to success.

Smith was a real livewire for the Sabres, able to come onto the court and have a commanding influence with her strength to go to basket racking up an impressive average of 18.2 points. While she played only 16 games, Smith consistently threw her weight around when on court also collecting an average of 10.6 rebounds a game to claim a double-double for her efforts. When on song, Smith was hard to control running amuck across the court and although her accuracy was not overly high her ability to find the ball was second to none giving her plenty of opportunities to hit the scoreboard.

Another key player for Sturt throughout last season was Angley who in her 17 games proved her worth both on the scoreboard and with her play making abilities. Constantly setting up teammates with her cleverly crafted passes, Angley averaged 4.9 assists a game while also managing to knock back an average of 11.7 points thanks to her solid accuracy from inside the arc. Her rebounding ability was also strong bringing down 5.4 a game and proved her stamina with an average of 27.3 minutes on the court.

HIGHLIGHT OF THE SEASON: SEMI FINAL WIN AGAINST EAGLES

It is fair to say that the win against the Forestville Eagles sparked plenty of joy for the Sabres who got the job done by an impressive 15 points. They left nothing to chance in the second semi-final asserting themselves of their opponents and making the most of their opportunities. Not only was it a strong victory but is also helped them to progress into the next stage of finals, the grand final and while they fell short there the semi-final was nothing short of sweet.

Round 9 was a momentous occasion for the Sabres who proved they were the team to beat well and truly asserting themselves on the struggling Central District Lions. It was a complete performance from the Sabres who did not take their foot off the pedal throughout the game, constantly placing pressure on their opponents and finding easy avenue to the basket. Scoring was no problem piling on a whopping 119 points while keeping the Lions to a mere 60 points, a testament to their defensive pressure and attacking intent.

2019 was overall a successful year however the grand final heartbreak will not be forgotten any time soon. The main thing the Sturt Sabres will be hoping to do in 2021 is maintain their incredibly talented list in order to give the shot at the title another crack. They have a wealth of highly skilled players that can all pull their weight and stand up under pressure and they will be hoping to re-create that once again next season and take home the silverware.