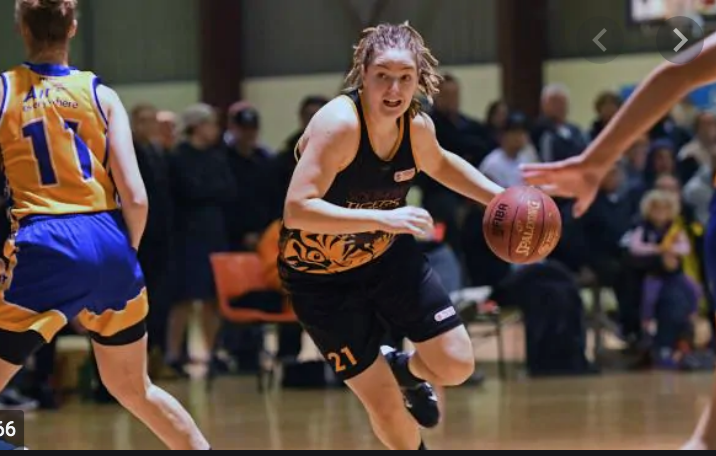 THE National Basketball League (NBL)1 competition was cancelled for the 2020 season, so instead we take a look back at some of the teams that would have been tipping off in the NBL1 Central competition. Today’s side is South Adelaide who struggled throughout 2019 only mustering up five wins for the year.

Saunders was a key contributor for the Panthers throughout their 2019 campaign featuring in 20 of their games. Her ability to find the basket was second to none with a team-high average of 18.7 points showcasing just how explosive she was. Saunders was strong from inside the arc with a 55.2 per cent conversion rate and was even more efficient when it came to the charity line shooting at 86.2 per cent. Her strength on the rebound was also another notable element of her game with an average of six while her durability also shone through taking the court for an average of 31.9 minutes.

Although McKendrick only attempted one shot from three-point range throughout her 18 appearances she found other avenues to hit the scoreboard and be an offensive force for South Adelaide. Playing roughly 34.4 minutes a game McKendrick was a solid option on the court with her attacking play while also showcasing her defensive attributes with 1.2 steals a game. Her rebounding strength also stood tall picking up 8.7 a game credit to her clever positioning and basketball nous.

Although Marafioti did not have mind boggling stats it was consistency that proved to be crucial to the Panthers line-up. Her ability to perform time and time again set her apart from her teammates playing in 19 matches and averaging 25.9 minutes such was her reliability to come on court and play her role. Marafioti starred with her defensive skillset to pick off 1.6 steals a game and while she was not the most accurate shooter her ability to dish off a dime allowed her to set up teammates and create attacking forays.

HIGHLIGHT OF THE SEASON: WINS OVER NORWOOD FLAMES

While it was a trying season for the Panthers there is no denying that having a clean sweep over the higher ranked Norwood Flames was a clear highlight for the team. Despite struggling to generate a win against other teams the Panthers seemed to have the wood over the Flames in both occasions running out victorious in Round 1 and Round 17. A 15-point win (67-52) to kick start the season was exactly what the doctor asked for and despite losing their way in the mid-part of the season the Panthers backed up their Round 1 performance taking home an 11-point victory in their next encounter against the Flames.

BEST WIN: VICTORY OVER THE ROCKETS

The Panthers ran riot in Round 5 proving that they have the fire power to do a wealth of damage to the scoreboard when on song. Led by the likes of Saunders with an impressive 20 points and McKendrick who top scored with 21 and notched up a double-double thanks to her 10 assists, the Panthers had all the answers and simply proved too strong for the North Adelaide Rockets. Valuable points contribution from Jordan Smith also went a long way in getting her side over the line putting up 16 points for her efforts while Hannah Stewart also made her presence felt with nine points of her own and 100 per cent from the charity line.

Looking ahead to 2021 the Panthers will be hoping to diversify their scoring options and apply more defensive pressure. While they have the basis of a strong team they will be wanting to add that consistency to their game play and potentially pick up another player that can average double-digits when it comes to scoring to ensure a more even spread.