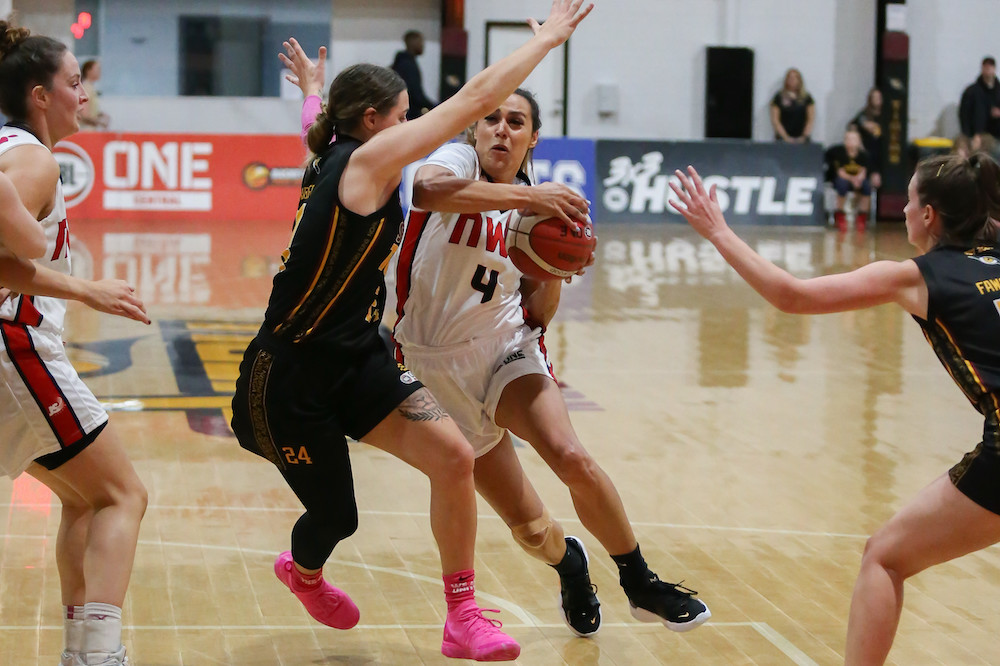 AFTER six rounds of thrilling NBL1 action in the central division, stars are announcing themselves with strong statistical performances. We take a look at who is performing strongly on the court in their areas and who to keep an eye out for in the upcoming weeks.

Jack Purchase has found himself at the top of the list with 29 points per game, but has only played the one game, so it will be interesting to see if he can maintain this scoring output in the future. Hot on his tail is CJ Turnage from the Flames, with a remarkable 28.67 points per game, paired with his 50 percent shooting efficiency. He has consistently delivered on the offensive end for his side and proves to hurt the opposition on a weekly basis. Rounding out the top three is Forrestville’s Michael Harris, whose incredible first two games (37 and 35 points) see him average 24.33 points per game.

The boards have been dominated by South Adelaide Panther Alex Starling, who has been a monster, averaging 14.33 rebounds, with a season-high of 20 in the first round. His rebounding efforts have been crucial for his side, popping up on both the offensive and defensive ends to give his side possession of the ball. Purchase once again finds himself around the top of the list, but only playing one game means that this position is subject to change. Joe Jackson has been huge for the Warriors, averaging 12.33 rebounds a game, fresh off 20 in round six.

Julian Jacobs has been the league’s best distributor this season by a country, with his Warriors teammates the beneficiary of his 9.17 assists per game. Jacobs has been handy scoring himself, but his vision and execution with the ball in his hands is a marvel to watch. In second place is North Adelaide Rocket Hamish Staude with 5.17 per game, while Sabres pair Sam Daly (4.83 per game) and Joel Spear (4.67 per game) have proved selfless throughout the season.

In a league where big men dominate on the offensive end, blocks are a crucial stat, and they are currently led by West Adelaide Bearcats’ Lachie Hunter with an impressive 2.33 per game. Round two’s five block effort gave opponents a headache as they attacked the rim, and his defensive efforts have given his side a massive boost. Purchase’s impressive debut once again sees him on the list, while Jackson has had quite the season to-date, as Warriors youngster Riley Meldrum has impressed with his 1.33 per game.

Olivia Thompson has been undoubtedly the strongest performer in the 2021 NBL1 Central Women’s Division. Her scoring capability has been exceptional, as she has worked her way to 24 points per game, good enough for best in the league, and her Panthers teammates love her for it. Forrestville’s Samantha Simons is hot on her tail in second place, with 21.83 points per game, which sees her tied with Emily Winter who boasts the same average. Sabre Jade Johnson has also impressed with 19.33 points per game.

A very similar list to the last wherein Thompson once again has jump ahead on her peers, with her 14.17 rebounds per game leading the league. She bullies her opponents when getting a rebound and is a threat every time she steps on the court. The same can be said for Winter, who isn’t far behind with 13.67 rebounds per game. Jess Good has been integral in giving the Rockets rebounding ascendancy with 11.83 per game, while Eastern Mavericks’ Mollie McKendrick has battled hard on the boards all year.

South Adelaide Panthers guard Jordan Hunter has been the premier passer of the league this season, with a whopping 8.83 assists per game. Hunter’s passing ability has been crucial to the success of her team, with her vision consistently finding teammates in open positions that lead to easy scores. Alex Wilson has been just as impressive with 6.8 assists per game, with her willingness to find open teammates making her coaches extremely happy. Nicola Matthews and Morgan Yaeger have caught the eye with 5 assists per game each, while Simons puts herself on yet another list.

Good once again finds herself at the top of a statistical category, with her 1.50 blocks per game the best in the competition. The Rocket had a massive six blocks in her round two game alone and has continued to defend the rim throughout the season. April Rummery Lamb has had an outstanding few weeks and its evident with her place on this list due to her 1.33 blocks per game. North Adelaide Rocket Courtney Hansen and Eagle Zali Grosser have impressed with 1.20 blocks per game each.