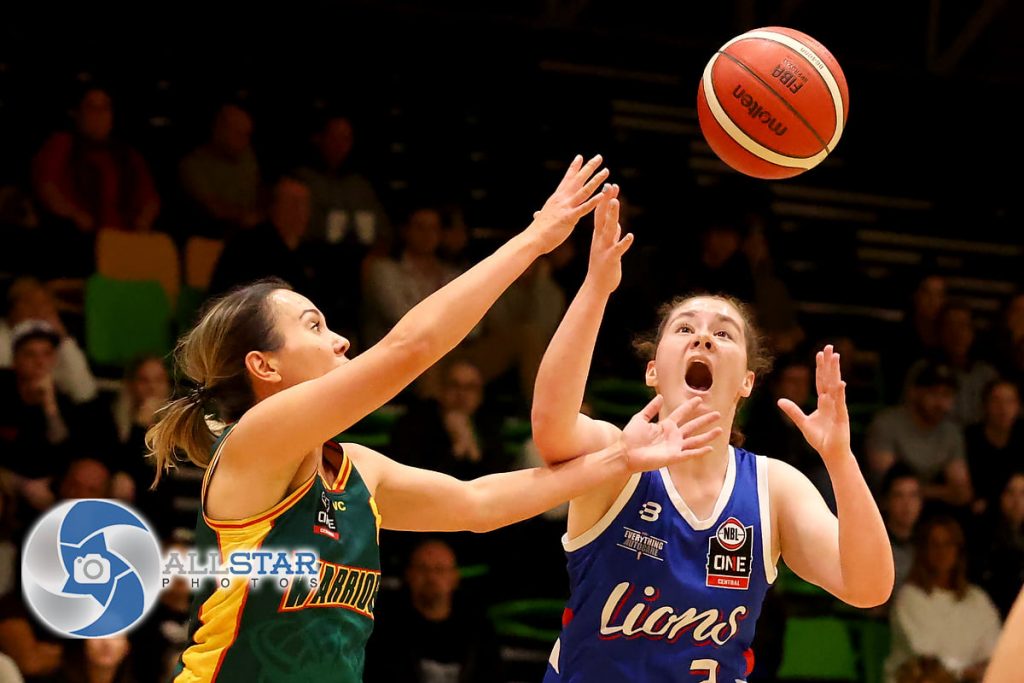 NATIONAL Basketball League (NBL)1 action moved forward in the Central division over the weekend, as the strong teams begin to cement themselves at the top of the ladder. There were big wins and heartbreaking losses in a fascinating round of action.

Forestville are fast putting their hands up as contenders, starting the season 3-0 thanks to a 13-point win over the inconsistent Rockets on Friday night. The Eagles won three out of the four quarters, and always seemed to have control of the game. For the Eagles, Samantha Simons once again led the way for her side, finishing with 35 points and nine rebounds, and was by far the strongest individual performer in the match. Teammate Amy Cotton was also impressive with 12 points of her own. For the Rockets, Jess Good and Rachel Mate ended with 17 points each and can be proud of their efforts to ignite the offence.

The Eagles continue to put their season on the track with their second win of the year, defeating a struggling Rockets side by 18 points at Wayville Sports Centre. The Rockets are yet to find their first win of the year and didn’t look close during this round. The Eagles led 50-27 at half time and never looked back. Eagles duo Gregory Mays (20 points and 10 rebounds) and Brandon Brine (19 points and 14 rebounds) led the way with strong performances on both ends of the floor. Rocket Jimma Dau was his side’s best with 16 points and 10 rebounds.

The Bearcats have escaped with a five-point victory over the Norwood Flames, to take them to 2-1 on the season standings. Each team won two quarters, but West Adelaide were too good, holding off a final quarter fightback from the Flames to take the win. West Adelaide’s Keeley Pearce was the star of the match, finishing with 29 points and an astounding 9/12 from three-point range. She was key in driving her team to the win, as was teammate Jennie Rintala who chimed in 19 points and nine rebounds. For the Flames, Alex Wilson was extremely close to a triple double with 20 points, nine rebounds and 11 assists.

A tense final quarter saw the Bearcats run away with a seven-point victory over the Flames at Port Adelaide Recreation Centre. Leading by just one point heading into the final quarter, the Bearcats managed to do just enough to hold off a determined Flames side, who will be disappointed in the lost opportunity. Bearcats big man Earnest Ross was once again influential in guiding his side to the win, as he finished with 35 points and 16 rebounds in a typically dominant performance. For Norwood, CJ Turnage performed well with 20 points and eight rebounds.

The Southern Tigers have cruised to a comfortable win over the South Adelaide, triumphing by 29 points at Marion Basketball Stadium. The Tigers never lost a quarter, and their 13-point lead at the first break never got any smaller as they were able to keep control of the game at all times. For the Tigers, Teige Morrell was outstanding, stuffing the stat sheet with 22 points and 14 rebounds as she proved too good for her opponents. For South Adelaide, Olivia Thompson battled hard all day, pouring in 22 points and 12 rebounds in the loss.

South Adelaide left their comeback too late, as the Southern Tigers held on to snag a three-point win in a tense ending to the match on Saturday night. South Adelaide found themselves within one point with 10 seconds to go, and after the Tigers sunk the free throws, the ball was only ever going to the red-hot Alex Starling, but unfortunately the three pointer was offline. For the Tigers, Cameron Coleman and Christian Artacho scored 18 points each and were both dangerous all night. For South Adelaide, Starling lived up to his name and was the star of the show, pouring in 29 points and singlehandedly kept his side in the game with his shooting.

The Sabres took control of the game early, as they waltzed their way to a 29-point win against the Mavericks, who still can’t conjure a win. Following consecutive poor losses, the Mavericks once again looked a step off the pace and couldn’t keep up with a Sabres side who were a class above all game. For the Sabres, Jade Johnson was an offensive threat for all four quarters, finishing the match with 26 points on extremely effective shooting, and was the best performer on the court. For the Mavericks, Mollie McKendrick and Kedeisha Kartinyeri each dropped 15 points in an attempt to spark the offence.

The Sabres fired on all cylinders as they cruised to a 29-point win over the Mavericks to maintain their undefeated record and notch their third win of the year. The Sabres performed strong from the opening tip, and there was no concern as they did what was required to defeat a Mavericks side who have underperformed all year. Despite the Sabres highest scorer being Max Calligeros with only 15 points, they still scored 88 points, demonstrating their balanced scoring as a team. For the Mavericks, Owen Raneberg and Matt Stock each chimed in with 11 points each as the only double-digit scorers for their side.

The Woodville Warriors have recorded their first win of the year, taking down the Central Districts Lions in convincing fashion, to leave the arena winners by 17 points. It was a battle of the bottom enders as both teams fought tooth and nail for their first win of the season, and the Warriors lived up to their name. Emily Winter and Deanna Troia combined for 33 points for the Warriors and were both extremely influential on the result. For the Lions, April Rummery Lumb battled hard to keep her side in the match, ending with 23 points and five blocks, but to no avail.

It was a one-sided affair for three quarters as the Warriors were ruthless against the Lions, leaving St Clair Recreation Centre with a 31-point victory on Saturday night. The Lions showed some fight to reduce the deficit to nine points heading into the last quarter, but a 33-11 final term blew the game wide open, as the Warriors ended up with a comfortable win. For the winners, Joe Jackson was strong, ending the match with 27 points and 11 rebounds, while Julian Jacobs was one rebound shy of a triple double, pouring in 17 points, nine rebounds and 11 assists. For the Lions, Brodie Nathan and Shaquille Maharaj had 14 points each.