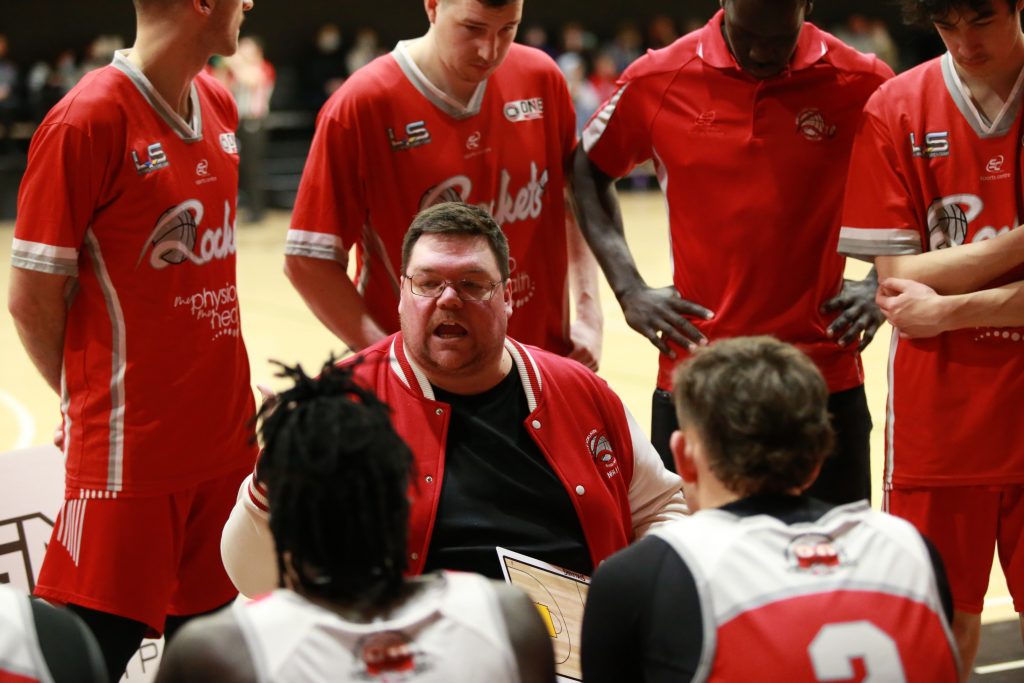 North Adelaide Rockets hung tough in a nail-biting overtime win against Southern Tigers to progress through to the second week of NBL1 Central men’s division finals. It was no surprise to see the two sides only split by percentage play out a thriller, with the Rockets looking to be easily in control at half-time, dominating with a 27-8 second quarter and out to a 20-point buffer. Southern Tigers refused to give in though, chiselling the lead down to 15 points by the final break before going berserk in the last quarter with 27 points to 12 to level the scores, and even take the lead in the last minute before Tobias Dowdell produced a match-tying dunk at 71 points apiece.

The match went into overtime by the Rockets proved too strong to run out the extra period 11-6 winners and therefore 82-77 overall in what was an entertaining match of two halves. Jack McVeigh led with way fo the winners with a massive double-double of 26 points and 15 rebounds – 12 defensive – as well as four assists. Jimma Dau also recorded a double-double of 17 points and 13 rebounds, collecting three blocks, two assists and two steals in the process. Verle Williams (21 points, six rebounds and six assists racked up some big numbers too.

Dowdell finished with the nine points, five rebounds, four steals and three assists for his troubles, while the Tigers had three double-double players. Christian Artacho (25 points, 11 rebounds), Machar Machar (23 points, 10 rebounds) and Cameron Coleman (13 points, 11 rebounds) all not only contributed with scoring, but off the boards as well. Nick Wurn (six points, seven assists, four rebounds and three steals) and Matt Tasswell (five rebounds, seven rebounds and three assists) were both lively in defeat.

A last quarter burst from Norwood Flames has seen the third placed side upset the second placed Forestville Eagles and move just one win away from a grand final. The Eagles seemed to be in control at home early with a 30-22 opening term to lead by eight at the first break. The Flames hit back to cut the deficit to four at half-time, and then three by the final break setting up a grandstand finish. The Flames showed after quarter time they had come to play, and Norwood put up another 19 points to 12 to run over the top of the Eagles and record an 86-82 victory.