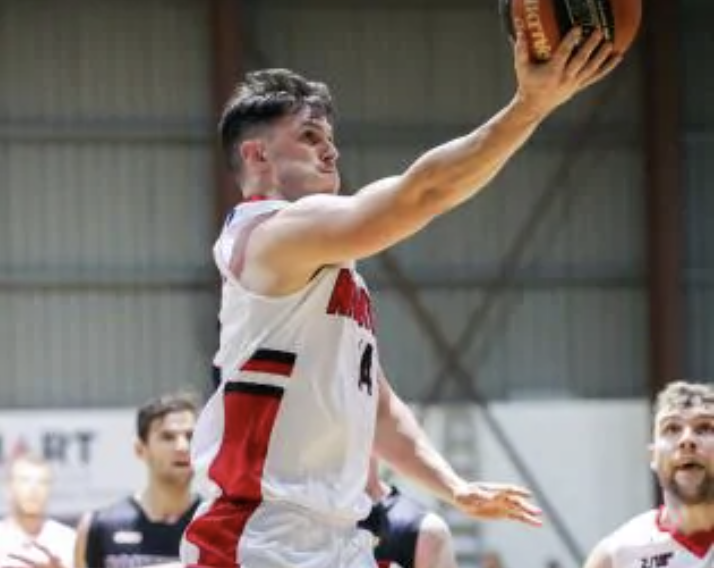 THE National Basketball League (NBL)1 competition was cancelled for the 2020 season, so instead we take a look back at some of the teams that would have been tipping off in the NBL1 Central competition. Today’s side is Norwood Flames mens team that finished fifth on the ladder, but made it all the way to a preliminary final before falling short to eventual premiers, Forestville Eagles.

Leading the way for the Flames in terms of scoring was Legan, who put up more than 20 points a game at a high accuracy. He shot at 53.2 per cent from two-point range, and when he got to the free-throw line, drilled 80.2 per cent of his chances. He could seemingly make them from anywhere, and his long-range bombs were particularly effective, with a dominant 69 dropping from 210 attempts. He made more three-pointers than two-pointers and with his efficiency from the charity strike, he was hard to stop. Defensively, Legan averaged the most steals on his side showing he could dig deep when required too.

A real all-rounder across the board, Brine also played in every game for the season and came close to averaging a double-double for his troubles. He averaged an impressive 50.6 per cent from two-point range and 36.4 per cent from three-point range, and while he did not have as many attempts as Legan, was still a threat from outside the arc. The bulk of his points came from inside the paint and he averaged 9.5 rebounds, while having an assist a game. Defensively he denied the opposition with big blocks almost twice per game, while pick-pocketing them at least once per game.

An important contributor to the starting side, Lycett was able to cover a lot of bases across the court with a high amount of points, rebounds and assists. Overall he finished second in rebounds, third in points and had a team-high 4.1 assists as well as almost a steal per game. Playing 31.9 minutes per match in his 23 matches, Lycett went about his businesses primarily being a threat from inside the arc with a deadly 58.5 per cent accuracy. His three-point and free-throw shooting could improve, but his playmaking ability brought others into the game.

Highlight of the season: 10 from 11 to start the season

In a highly competitive top-end, Norwood was able to gain some separation on its opponents early in the season by winning 10 from 11 games to start the season. They dropped a surprising game to non-finalists Woodville, but would otherwise have a perfect record. They stumbled a bid in June, but would make up for that by July and August.

It booked them a spot in the preliminary final, so a three-point win over North Adelaide in the semis was exactly what the Flames needed. There was no turning back for the loser and Norwood managed to extend their season by a week thanks to the win, with some terrific play in an even contest. They had 11 less rebounds and trailed in assists, but had three more steals and eight less personal fouls. Lycett finished with a team-high 23 point, nine rebounds, six assists and four steals, while Brine helped out wiht 20 points, nine rebounds and two steals as both players came close to double doubles. A total of five players reached double-figure points in the game for a real team effort to progress through to the preliminary final.

Norwood Flames are a side that could well compete for the 2021 NBL1 title after a promising 2019 season that showed they were not too far off the pace. They led all-comers at the start and almost knocked off the would-be premiers a week out from the grand final. Having recruited Woollacott Medallist – league best and fairest – CJ Turnage for the 2020 season, they could well have started favourites this year.