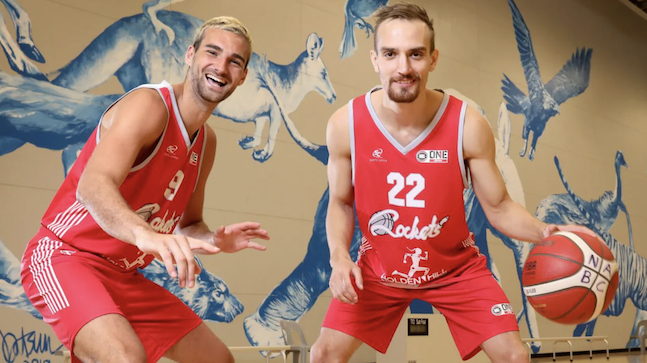 THE National Basketball League (NBL)1 competition was cancelled for the 2020 season, so instead we take a look back at some of the teams that would have been tipping off in the NBL1 Central competition. Today’s side is North Adelaide Rockets mens team that finished third on the table after eight consecutive wins, but lost in the semi-finals.

One of the top players in the league, McVeigh had a massive year across the board and was deadly from outside the arc. Able to provide the role of playmaker or defender off the boards, McVeigh’s greatest strength was his shooting accuracy with almost 50 per cent from three-point range – dropping 68 triples – for an average of almost 25 points per game. He racked up a whopping 42 points, 11 rebounds, three assists and two steals in a win over Norwood, and also had more than 30 points on two occasions.

The dominant rebounder on the side, Starling racked up a double-double average in season 2019, finishing with 21.3 points and 12.2 rebounds. His accuracy from two-point range was 57.8 per cent and he regularly put pressure on opposition defences, using his frame to take advantage charging towards the basket. Defensively he was strong, picking up more than two steals per game, of which he averaged four per match across his final five games. In the semi-final against the Flames, Starling put up numbers of 28 points, 21 rebounds (10 offensive), four assists, four steals and one block, doing everything in his power to get his team across the line.

The playmaker in the side, Johnson averaged the most assists of any player in the team with 4.8 per game to accompany his 15.7 points. His ball-handing skills and basketball IQ is high, also pick-pocketing his opponents regularly. His season-high came at the expense of the Panthers in July where he recorded 37 points, six rebounds and eight assists, doing it all for his side. Unfortunately for the Rockets, Johnson announced he had joined the Albury Wodonga Bandits for season 2020.

Highlight of the season: 12 consecutive wins

The Rockets sat at an even billing of four wins from eight games following an Anzac Day loss to Southern Tigers. They still sat fourth on the table, but were four wins off the pace from the ladder-leading Norwood Flames. The peak of their season came in a massive 32-point win over the Flames mid-June. From there, they were able to really build momentum into the finals series.

Adelaide 36ers’ Jack McVeigh had a massive game where he racked up 42 points, 11 rebounds (eight defensive), three assists and two steals. He had a huge outing including 6-11 from long range, while Bijan Johnson put up 3-4 coming off the bench. Alex Starling played a strong role with 26 points and a ridiculous 18 rebounds.

While we might not have seen them run out on the court, Adelaide 36ers’ Anthony Drmic would have provided a huge presence at NBL1 level. Drmic averaged 25.3 minutes on court in the NBL, and put up numbers of 10.5 points, 4.6 rebounds and 2.6 assists, being an accurate shooter getting close to the basket. At 28, he still has quite a few years to impress so expect the swingman to return.

North Adelaide would have been a contender you would think because they lost Johnson, but picked up Drmic who was a huge inclusion for any side. Considering the momentum they showed last season where they could beat any side they came across on their day, the Rockets had some serious talent. Expect them to be a title contender again in 2021, and as the most successful team in South Australian basketball history, it will not be too long before their trophy cabinet is increased.