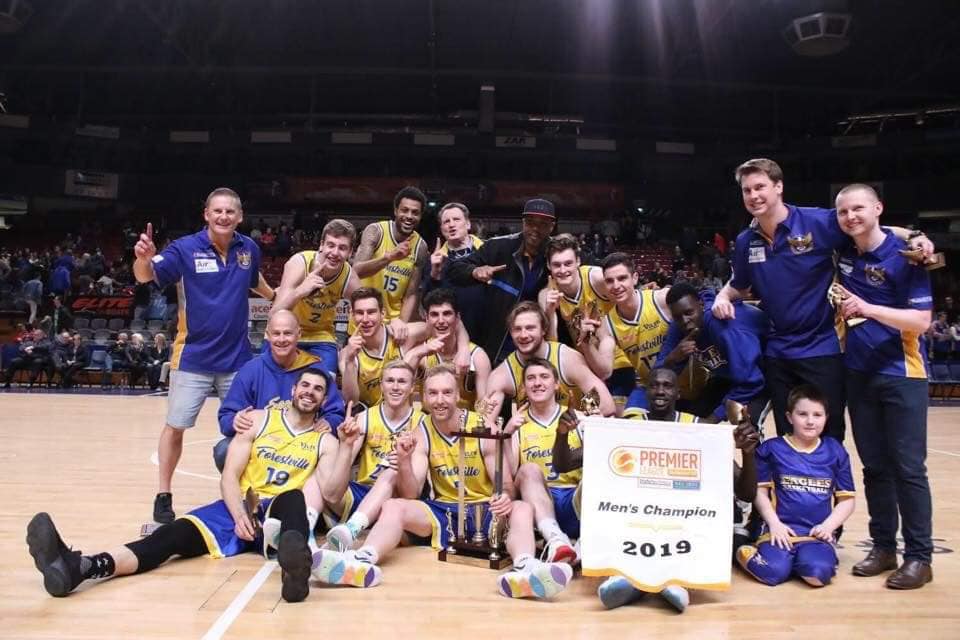 THE National Basketball League (NBL)1 competition was cancelled for the 2020 season, so instead we take a look back at some of the teams that would have been tipping off in the NBL1 Central competition. Today’s side is Forestville Eagles side that went all the way from second on the table to win the 2019 South Australian Premier League title.

It was an absolutely remarkable season by Deng who lived up to all expectations with his performance. Averaging a double-double, Deng averaged 33.2 minutes from 19 games on court, and was accurate from in close with a 58 per cent accuracy. Also able to convert from the free-throw line, Deng was a menace anywhere near the basket. Remarkably though, he could drop three-pointers on the opposition as well, with almost 40 per cent of his attempts going in.

The second Eagles player to average a double-double in the 2019 season, Mays finished with a very impressive 21.7 points and 10.6 rebounds. He also denied the opposition with blocks 1.5 times a game and pickpocketed them almost once a match. While not a three-point shooter, Mays more than made up for it from in close, with a 62.4 per cent efficiency inside the arc.

The other NBL talent was the key playmaker in the team with a nice balance of point-scoring, rebounding and assisting teammates. He was able to hurt the opposition offensively with his 19.7 points and 4.7 assists, whilst being able to work hard defensively thanks to 4.6 rebounds and 1.6 steals per game. His long-range game could improve, but his two-point accuracy was impressive at almost 60 per cent, whilst he was solid from the charity stripe with 74.1 per cent efficiency.

Highlight of the season: Winning the title

There is not too much to say other than tasting premiership glory is the ultimate dream for any sportsperson and the Forestville Eagles did just that. They were not the favourites heading into the finals, and had lost to the Pioneers three times prior, but what happens on the day is all that counts, and winning the title was as memorable as it gets. Now with a long wait until the next competitive match, the Eagles have had plenty of time to bask in that glory.

When you win a title, there is nothing sweeter than the game that solidified your victory. The Eagles, coming up against the favourites in Mt Gambier Pioneers, were able to turn the tables on the minor premiers and won by 17 points, 107-90 in thrilling style. They finished with a plus nine in rebounds, plus four in assists and had 14 less personal fouls in a clean performance across the board. Michael Harris finished with 30 points and eight rebounds, as Mays (27 points, 13 rebounds) and Deng (20 points, 18 rebounds) dominated off the boards. Teys’ 17 points, six rebounds and three steals added extra strength to the starting line-up in what was a memorable match.

There is not much more that needs to be said on how successful the Forestville Eagles season was. Along with the women’s side, the Eagles team did the double and took out both South Australian Premier League titles. Led by the damaging trio along with Harris as well putting plenty of points on the board, the Eagles starting five was stronger than any other team, and still had contributions off the bench. One team that must be close consideration for back-to-back titles when competition resumes in 2021 under the NBL1 Central banner.