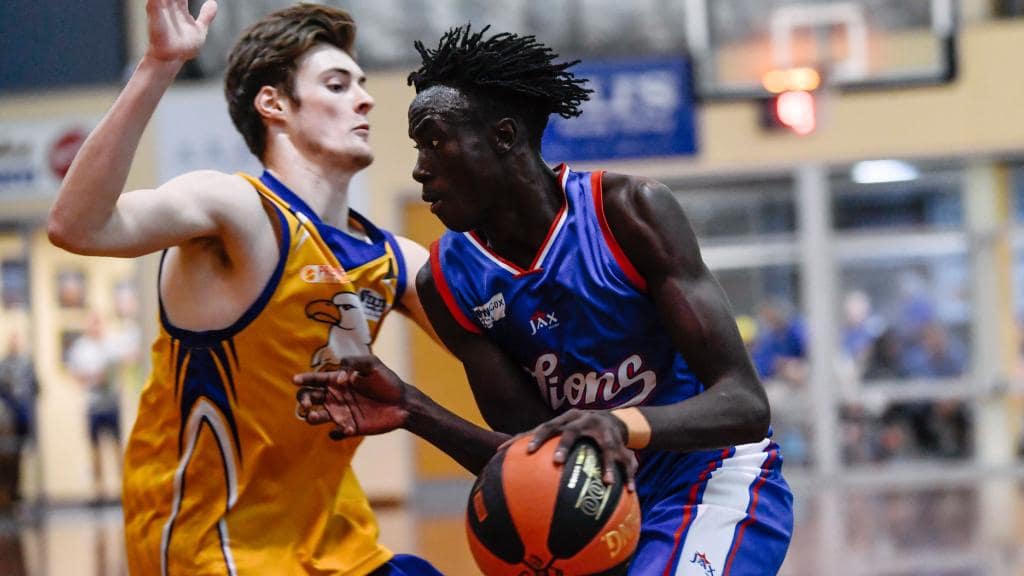 THE National Basketball League (NBL)1 competition was cancelled for the 2020 season, so instead we take a look back at some of the teams that would have been tipping off in the NBL1 Central competition. Today’s side is Central District Lions, the side that finished one place outside the finals, but still six wins adrift of that fifth spot.

One of only two players to play every game, Diing was a danger from both inside and outside the arc, averaging 15.8 points per game in 29.7 minutes. He shot at 40 per cent from long range, and was also able to win the ball back with more than one steal per game. His free-throw shooting could improve at 63.6 per cent, but he was certainly one of the standouts in the 2019 season for the Lions.

The best all-round player on the side, Riewer averaged 15 points, five rebounds and five assists per game, while also pick-pocketing the opposition three times per match. He averaged a team-high 33.5 minutes on court last season and with deadly accuracy from long-range – a whopping 49.6 per cent – he was one you could not afford to lead open on the trey attempt. When he was fouled, Riewer got the job done at the line with an elite 87.2 per cent – nailing 34 of his 39 attempts.

Jones only played the 10 games, but he made them count. Averaging 31.8 minutes on court, Jones sank a team-high 17.4 points and 8.7 rebounds, as well as a handy 1.3 steals. He rarely ventured outside the arc with his shooting, but nailed two of four attempts when he did, and achieved most of his points from the jump shot – also travelling to the line for just 28 attempts. It could have been a different season for the Lions if he had managed a full year, but he provided great support for the side when on court.

Highlight of the season: Being in finals contention at the start of June

Prior to a five-game losing streak and a disappointing end to the season, the Lions had produced a promising start in the South Australian Premier League. To the start of June. They held a positive win-loss record with seven victories to-date and were right up there in contention for reaching the post-season series. It was not to be as back-to-back beltings at the hands of Mt Gambier too that away, but they still had plenty of highlights to look back on.

The season was a definition of so close, yet so far for the Lions who technically finished one spot out of the finals, but still six wins behind. They knew in the last few rounds they were out of the finals race, but still had a number of contributors along the way. With renewed optimism heading into the 2021 NBL1 Central season, Central District could have the pieces to make that next step.