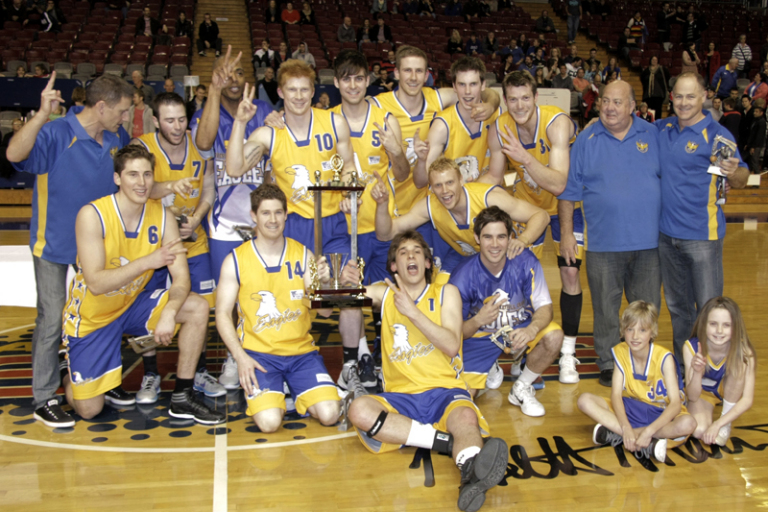 A NEW era of National Basketball League (NBL)1 competition begins on Saturday with the NBL1 Central tipping off with the five games played across the Adelaide.

Our Round 1 featured game of the weekend sees the reigning premiers taking on Woodville Warriors at Wayville with the home fans no doubt getting along to show their support. In the men’s match tipping off at 8.30, the the Eagles will look to overcome the loss of Majok Deng, though fellow NBL players in Brendan Teys and Michael Harris are still in the side and combined for 37 points, nine rebounds and seven assists last season in what will still be a formidable duo. Throw in ex-Flames star, Brandon Brine to the mix who will replace Deng’s massive frame off the boards with his almost double-double average in 2019, along with Greg Mays who is also a prominent rebounder making four players who could combine for almost 80 points alone. Kane De Wit is a playmaker who will come in as a crucial cog in getting it to the scorers, whilst Jake Rios will provide good rotation on court.

Little is known about how the Warriors will perform this season after an eighth placed finish last year and will certainly go into this match as underdogs. With Devon McGee crossing from bottom side Eastern Mavericks, he will team up with last year’s top player in James Boonstoppel to try and create a two-pronged attacked. Norwood’s Bryan McGriff will also run out with the Warriors this year, while American import, Joey Hewitt will add a different dimension on court. They might not be predicted to take down the Eagles in this clash, but a competitive on-court effort would go a long way to giving the side confidence that it can progress up the latter and put in an improved performance in 2020. With the reigning premiers likely to celebrate last year’s title in front of home fans, there will no doubt be the challenge of one-sided support, so the Warriors will need to be at their best to cause an upset.

Across at St Francis in the first game of the day, the competition’s most successful unit will hope to overcome a home court advantage and take down a Mavericks side which is missing one of its top players from last season. With McGee swapping his Mavericks jersey for an Eagles one, Eastern head in as an unknown quantity, though finishing on the bottom of the ladder and will hope Dane Miller and Dante Thompson can help them move up from the cellar dwelling position. West Adelaide should start off with a win, though they will be without Bryan Jefferson and Tom Kubank this season, and will require the next tier of players to step up and really take the game on.

Both these teams had respectable finishes last year, making finals and then picking up big-name recruits from the Adelaide 36ers. When it comes to the most entertaining game of the round, this could well be it with the teams hosting a number of start players. North Adelaide has to be considering a huge title contender despite the departure of Alex Starling and Bijan Johnson. They have plucked out Anthony Drmic to join up with Jack McVeigh and the pair will cause all sorts of headaches for the opposition at this level. Many could not wait for former Tigers’ teammates Drmic and CJ Turnage to go head-to-head, with the latter joining the Flames along with an NBL teammate of Drmic’s in Akol Deng. With the experienced Andrew Webber in the side and Matthew Lycett also still there to cover the losses of Brine and James Legan, this has the potential to be a high-scoring contest.

There will be some real question marks over both these teams this season and this game might give fans a bit more of an idea into how they might perform after some change. The Panthers lost their top player from 2019 with Zach Allmon departing the club, but have replaced him with North Adelaide’s Starling who provides a similar elite ability off the boards and has a higher potential of pick-pocketing opposition players. With Tanner Giddings joining from NBL Canada as well, the second last Panthers will hope some tactic changes and fresh faces can see a rise up the table. They are also playing the one team that has been the hardest hit over the off-season following an week one finals loss in 2019. Southern Tigers will be without Drmic, Turnage and Devin Gilligan who all propelled them to finals action, and it will be up to the likes of American imports Viont’e Daniels and Koop McCalop, as well as former Lion, Jordan Centenera to try and keep the team afloat in the finals positions.

A couple of sides that will be hoping to go better than last season are Sturt Sabres and Central District Lions with the pair missing finals. Alex Mudronja is the key signing for the Sabres after some NBL experience with the 36ers, joining Dylan Rawson who was strong as the standout shooter at the club. There are a number of key players who have all left Sturt over the off-season, so the new blood, including young gun Hayden Meakes, will be out to prove a point and keep the Sabres in touch with the top sides despite lacking some of the known quality in the competition. Central District were a spot outside of finals last season, but also six wins behind fifth, so realistically the Lions know they have a lot of work to do. Jimma Dau is one of the more exciting players in the competition and will be crucial in determining the Lions’ fortunes, while American imports, Spencer Williams and Gebereal Baitey will hope to steady the ship at both ends. Magok Manyang taking on fellow Under 20 National Championships, Meakes will be a great battle with Manyang renowed for his rebounding ability for South Australia, while Meakes can be a danger from long range. This is an evenly poised contest with Mudronja possibly pushing Sturt into favouritism on the Sabres’ home court.