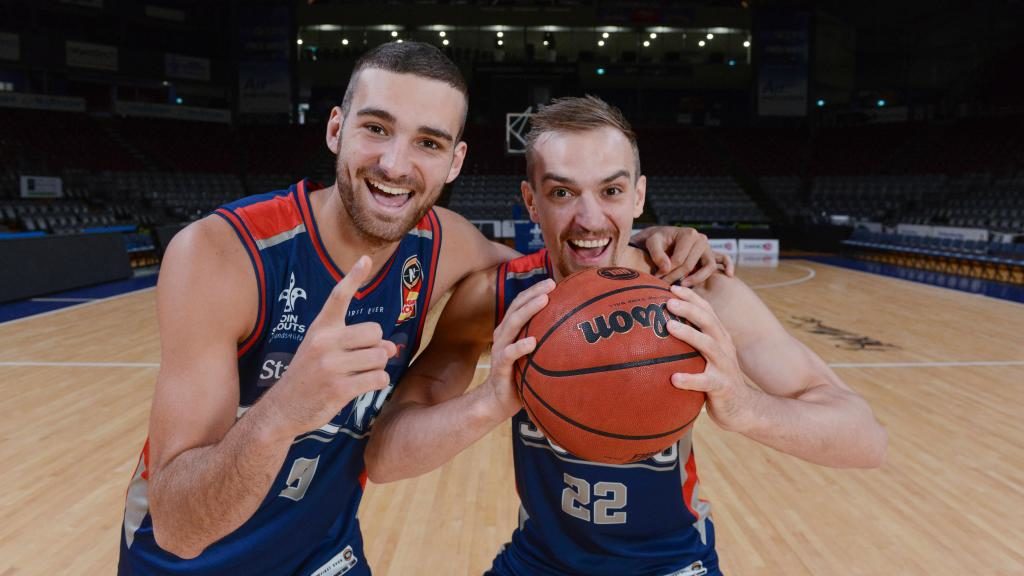 THE countdown is on to the National Basketball League (NBL)1 season, and we take a look at the Central men’s competition and go team-by-team for the season ahead. Historically West Adelaide is the strongest side with 15 titles across its history, while Forestville Eagles have won four titles in the past decade, slightly ahead of Southern Tigers (two).

The Lions missed out on finals last season by one spot and will be hungry to sneak inside the top five under the rebranded NBL1 Central competition. They have only officially named the five players to-date, with Jimma Dau (12 points, seven rebounds in his only game last year) back and James Adcock looking for more minutes having crossed from the Southern Tigers. A couple of American imports and Spencer Williams and Gebereal Baitey give the Lions an element of surprise heading into the season. Central District has one title to its name, back in 1984, but has not tasted success since.

The Mavericks broke through for their maiden title back in 2004, but have not had the same success since. Last season was a real down year for the Mavericks, finishing on the bottom of the table with just three wins from 20 matches. Last season, Brandon Morris was a huge influence on the side, putting up ridiculous numbers of 25.8 points, 10.1 rebounds and 2.4 assists per game but has not been officially named in the side this year. Devon McGee has headed to Woodville this year after being prominent off the boards, while Novian Cherry was the other player who has not officially been named to play yet. Dane Miller comes into the side as a former G-League player, while fellow American, Dante Thompson joins as a power forward from Spain.

The reigning premiers came from second to knock off minor premiers, Mt Gambier Pioneers in the grand final. The Eagles had a strong season with 16 wins from 20 games and added title number eight to the trophy cabinet. They have a couple of Adelaide 36ers on their list, with Brendan Teys (19.7 points, 4.6 rebounds, 4.8 assists and 1.6 steals) and teammate, Michael Harris (19.1 points, 4.8 rebounds and 2.0 assists) re-signing. Majok Deng is a huge out though after 26.8 points, 11.6 rebounds and 2.8 assists last season, though Greg Mays (21.1 points, 10.9 rebounds) and Jake Rios (10.0 points, 2.5 rebounds) are still there to round out a great rotation. Kane De Wit is another who will provide great assistance off the boards with an average of 8.0 points, 5.6 rebounds and 8.5 assists and 2.3 steals. A big inclusion to the list is former Norwood player, Brandon Brine who averaged 18.0 points and 9.6 rebounds per game which will put the Eagles into serious premiership contention.

North Adelaide is the most successful women’s side, but since winning the first three titles in the South Australian state league competition in the men’s, the Rockets have won just two more, in 1983 and 2007. They finished third last season and picked up a massive coup over the off-season with the recruitment of former Southern Tigers’ and Adelaide 36ers player, Anthony Drmic who averaged 27.5 points, 7.3 rebounds, 3.0 assists and 1.3 steals. Teaming up with fellow 36er, Jack McVeigh (24.5 points, 6.7 rebounds and 3.2 assists), the Rockets will have a dominant duo on the scoring end. It will also make up for the fact that Alex Starling has headed south to the Panthers. Bijan Johnson has also departed the club, while Tobias Dowdell returns after a strong effort of 14.3 points and 9.1 rebounds last season. One of the title contenders this year.

Norwood finished fifth in an even final ladder where the Flames were actually six games clear of sixth. They knocked off Southern Tigers and North Adelaide Rockets in the first two weeks of finals before dropping out in the preliminary finals. With the top two scorers in James Legan and Brine both departing the club, Norwood will look to Matthew Lycett (14.8 points, 6.5 rebounds and 4.1 assists) to pick up the slack and try and keep the Flames in finals contention. Adelaide 36ers’ Akol Deng is an important inclusion to the side, while CJ Turnage has joined the Flames from the Tigers after a massive 28.6 points, 10.6 rebounds, 3.0 assists and 1.5 steals per game last year. Also, who could forget Andrew Webber‘s buzzer beater in the championship game of 2008 to hand Norwood a title – the third in their history – with the most recent title coming in 2015.

Despite being the second most successful team in the competition’s history, South Adelaide had a poor year last season with just four wins from 20 games. Having finished second last on the ladder and losing their top player in Zach Allmon (26.7 points, 13.1 rebounds, 2.4 assists and 1.5 steals) the Panthers will need to find a way to rebuild up the ladder, but have brought in Starling from North Adelaide after putting up 21.3 points, 12.2 rebounds, 2.8 assists, 2.8 steals and 1.2 blocks last season. Tanner Giddings has signed on having experienced the NBL Canada, while Brad Jonnek (11.6 points, 5.1 rebounds and 5.0 assists) returns for his second season. It will be a bit of an unknown this season, but hopefully for the Panthers they can rise up the ladder.

The Tigers reached the finals last year after winning the title back in 2018, but were bundled out in the elimination final. Having lost their three best players in Drmic, Turnage and Devin Gilligan (23.8 points, 9.5 rebounds, 2.3 assists and 1.6 steals) over the off-season, it could be a worrying time for the Tigers. They have added some serious excitement though with Harlem Globetrotter, Koop McCalop signing on to play in the yellow and black this year. Jordan Centenera (8.7 points, 3.1 rebounds and 2.2 assists) has come across from Central District, with the majority of the list new to the club and going through a rebuilding phase.

A disappointing season for the Sabres, finishing right down in the bottom three in ninth. Dylan Rawson was the standout shooter with 14.6 points, 5.3 rebounds and 1.6 assists per game, but they will need to find more this year if the Sabres are to be a threat. Alex Mudronja (12.3 points. 4.3 rebounds and 6.3 assists) is back again, but a number of players such as CJ Rivers, Tim Klaosen and Nikolas Desantis have all departed the club meaning the new talents will need to come in and provide an impact. Michael Shortt captained the club last season and returned this year, working hard off the bench.

The most successful club in competition history, West Adelaide has claimed 15 titles over the years. While they have only won once since 1996 (2017), the Bearcats were almost unbeatable over a 16-year period between 1967 and 1982 when they won a whopping 11 titles, of which five came consecutively from 1978-1982. In saying this, recent history has not been as kind to them, and the Bearcats finished seventh last year missing out on the finals. With Bryan Jefferson (22.1 points, 8.9 rebounds and 2.4 assists) and Tom Kubank (16.5 points, 6.3 rebounds) both out it will make it tough for the side this season. With a number of players departing the club, West Adelaide will also look for Luke Cadzow to have more minutes, crossing from the Panthers over the off-season, while Nate Sheppard and Fabian Johnson are a couple of players who are in line to step up for the Bearcats.

The Warriors finished eighth last season, seven wins off the pace for finals and have just the three titles to their name. They have all come this century though, winning in 2000, 2005 and 2014. Last season was a down year for the club, and just three new players have been confirmed for the roster via the NBL1 site, with McGee (13.5 points, 7.4 rebounds, 1.3 steals and 1.4 blocks) crossing from Eastern Mavericks, Bryan McGriff coming from Norwood and Joey Hewitt coming in from Whitman College in the US. James Boonstoppel was the best player for the Warriors last season with numbers of 13.4 points, 4.1 rebounds, 2.3 assists and 1.4 steals, whilst Luke Stanbridge was great off the boards with 19.3 points and 9.1 rebounds.