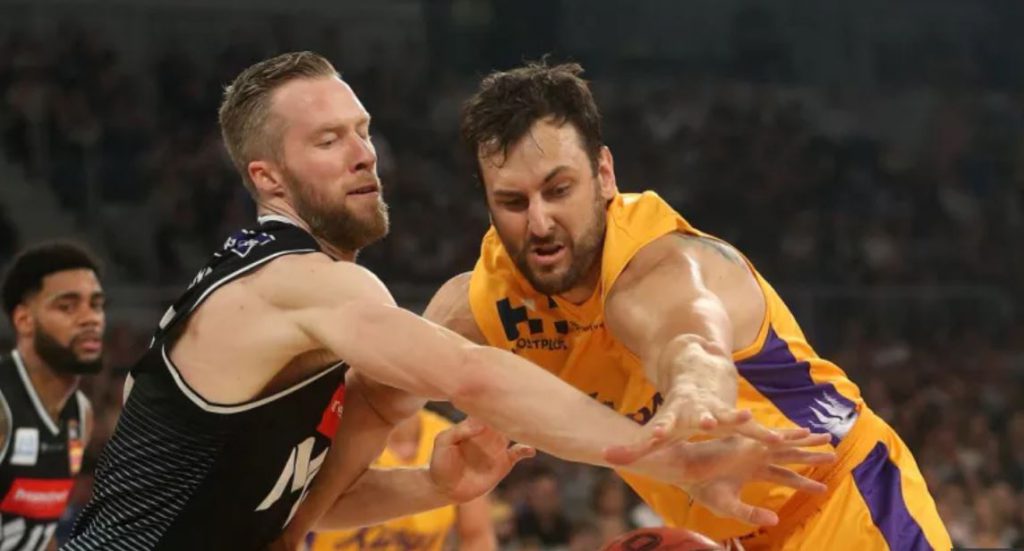 A HUGE round 16 featured two mini playoff series with the New Zealand Breakers and Melbourne United, as well as the Brisbane Bullets and Sydney Kings playing a home and home series over the weekend. The top three was officially locked up with Melbourne, Perth and Sydney all securing their place in the post season while several teams will battle for the final spot as we head into the business end of the season.

The round kicked off Friday night as Melbourne United travelled to New Zealand to take on the Breakers. The Breakers enjoyed some early season success against United and were hoping to replicate that performance and keep themselves alive for a playoff berth. Melbourne United to their credit came out of the gates on fire and took care of business as was expected. United opened up a 25 point lead at halftime and never allowed the Breakers to get a rhythm. David Barlow and Chris Goulding paced the visitors with 47 points between the two, as well as strong games from DJ Kennedy and Josh Boone which were much needed as star Casper Ware struggled. The win allows United to maintain their position atop the NBL ladder and all but ends the season for the New Zealand Breakers.

The Kings and Bullets met for their first of two contests for the weekend. The two teams played out an incredible game with big plays across the board from superstar players on both sides. The game was back and forth for the most part with Sydney gaining the early edge before the Bullets fought their way back into the game to make it into a ten minute contest in the final quarter. Both teams were fantastic on defence in the final quarter, forcing the opposition into tough shots and making their life difficult. The teams traded big buckets down the stretch with the Bullets trying to steal a win after trailing much of the contest. David Wear hit a huge three to put the Kings up three, before Reuben Te Rangi answered back immediately to tie the contest up once again. Jerome Randle made a huge drive to the basket and converted for two to give the Kings what would ultimately be the game winning basket in a 95-93 victory.

The Wildcats have found their footing once again after going through a midseason slump and appear set to chase another championship. They took on the Illawarra Hawks who are looking to scrape into the top four and secure their spot in the playoffs. The Hawks came out the gates hot on offence but couldn’t slow the Wildcats down, surrendering 60 points in the first half. Terrico White and Bryce Cotton were both unstoppable, combining for 53 points in the end, while Nathan Kay also added 17 points and 12 rebounds. The Hawks put together a strong second half and were able to withstand the great shooting of the Wildcats and slow them down however the start would ultimately doom them as Perth never allowed them to get within striking distance. Brian Conklin carried the load offensively for the Hawks, scoring 20 points in an efficient performance.

With bottom spot on the NBL ladder already well and truly secured, the Taipans are hoping they can find some form leading into the offseason whilst also spoiling the season of those teams whom they play. They put up a strong fight but were jumped at the start before finding their footing and making a contest of it. As has been the story all season Melo Trimble was spectacular, leading the charge for Cairns, scoring 21 points. The 36ers managed to use a total team effort from the likes of Daniel Johnson (24 points, right rebounds), Nathan Sobey (14 points) and three other players in double figures. With a minor lead at the half, the 36ers used a strong third quarter, outscoring the Taipans 31-21 and putting themselves in a position to close out the contest. The win allows the 36ers to take possession of the four spot in the standings and push for a finals berth, with the hope of avenging their championship series loss from a year ago.

The Kings and Bullets met for the second time this weekend with the Kings looking to complete the clean sweep and keep the pressure on their competitors Melbourne and Perth atop the standings. The Kings used the momentum and confidence they’d gained from the last encounter and electrified the home crowd in the first quarter, going ahead 34-18. The starters did a great job establishing the tempo early on and four of five starters ended up in double figures as Andrew Bogut scored 13 points, Kevin Lisch added 21, 14 from Brad Newley and a standout 26-point game from their superstar Jerome Randle. The big four for the Kings went head to head with Lamar Patterson and Cameron Bairstow who combined for 43 but the Kings team performance would prove to be too much to overcome as the Kings cruised to another win. Another damaging loss for the Bullets as they lose grip on their spot in the top four with the 36ers taking sole possession.

Much like the Kings earlier in the day, Melbourne United had the opportunity to sweep the home and home series against the Breakers. Unlike Friday night, United were unable to take control and impose their will on the Breakers as New Zealand played them tough throughout the first half to keep the game close. Melbourne appeared to be on their way to victory after a 34-23 third quarter but it was the Breakers who came home strong closing out the final quarter on a 28-16 run, including a big three from Corey Webster to tie the game with just 10 seconds left and send the game into overtime. The teams battled right to the end before David Barlow hit a three to put the game away and secure a huge win for United. Mitch McCarron and DJ Kennedy combined for 48 points as they outplayed Shawn Long and Corey Webster who combined for 44 points for New Zealand.

The Hawks had a golden opportunity to get themselves back into contention for a playoff berth following the back to back losses for Brisbane. The Hawks inconsistent play throughout much of the first half of the season was in large part due to their inability to get strong consistent performances out of multiple players. This contest against the Taipans may have been the best all around game for the team with seven players scoring in double figures in what ended up as an easy victory. The Taipans also had a strong team performance with all five starters scoring in double figures however with a bad game by Melo Trimble’s standards were unable to remain competitive. The loss drops the Taipans to just four wins and 21 losses from their 25 games and drops them further behind the rest of the competition. The Hawks with the win now move to within one game of fourth just behind the Brisbane Bullets.