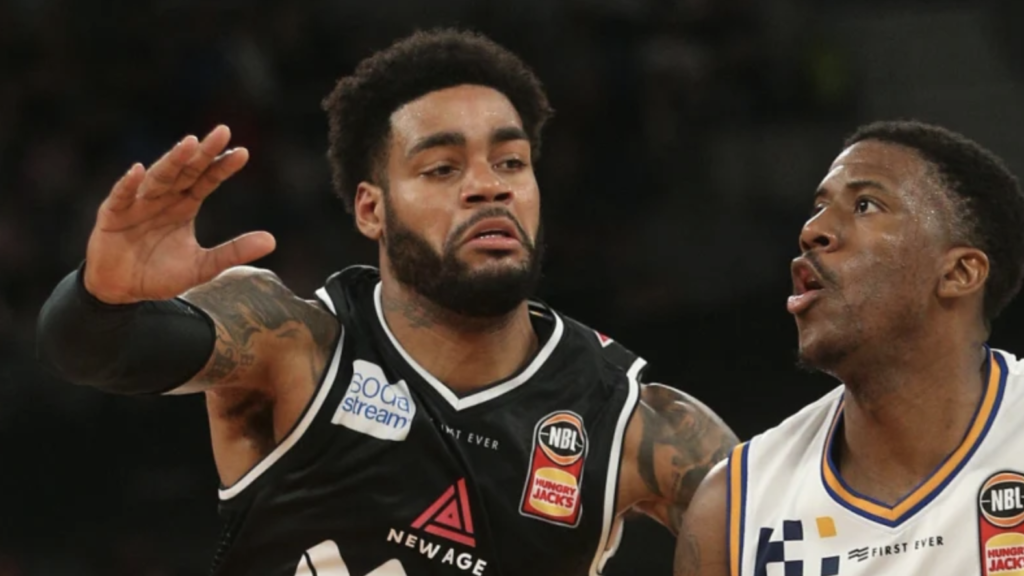 IT is an age-old saying that defense wins championships, and in these two semi-final matchups of the 2018/19 National Basketball League season, that is certainly true. Some of the best defensive players go head-to-head, whereas on the opposite end of the court, sharp shooters are likely to bust heads to put up as many shots as they can. Game 1 for each series begins on Thursday night. Starting in Melbourne, where United host rivals the Sydney Kings in a contest that will be heated through out the series. While the later game sees Brisbane travel to Perth to take on the Wildcats in a tough ask at RAC Arena. Each team deserves their place in the NBL Finals, with plenty of superstars taking to the court to fight it out for a spot in the Grand Final.

The key matchups:
Josh Boone v Andrew Bogut
It’s a bit saddening that this matchup comes up in the semi-finals, only due to seeing these two showcase their skills for five games rather than three. Two of the best big men in the league, their battles so far have proved some good results. Bogut perhaps has the wood over Boone, due to his presence alone, but more so his exceptional ways that he can put up vital blocks (2.8 for the season, 3.0 against Melbourne) to stop the layups and dunks. Boone averages 1.5 blocks both for the season as a whole, and against Sydney. Bogut has had double-digit blocks in every game against United for a total of 53, where Boone has pulled down 35 boards against the Kings. Boone did not have the greatest game against Cairns in the final round and should be rested and come with vengeance. Last years finals saw Boone get 13.3 points at 56% with 8.1 rebounds across seven games. Bogut is no stranger to finals either. During his time in the NBA he’s played in 58 playoff games for 5.5 points, 7.6 rebounds (10.9 in the 2013/14 playoffs) and 1.5 blocks. In addition, having finals success with the Golden State Warriors in 2013/14.

Casper Ware v Jerome Randle
These two love going at it, and both have been hitting the right notes all season long. Ware has been slightly down lately, noticed in his field goal percentage, while Randle has been shooting brilliantly at 46% this year. Randle has Ware covered in their matchups this season, the Kings guard picking up two games over 21 points (including a 35 point game), whereas Ware has been held to below 10 points twice. Both have been great at giving off the ball (Randle has 4.3 season assists against Ware’s 4.8) and have the know-how to instigate plenty of crucial plays, or try to make them on their own. Ware hasn’t shot the greatest in the last seven games, converting below 43% in those games, so he needs to pick himself back up to make a difference in this series. In last year’s finals matches, Ware had 19.3 points and 2.9 assists in seven games. Randle played finals in 2016 where he put up 24.0 points, 5.0 rebounds and 5.7 assists with 1.3 steals in three games with Adelaide.

How they got here: United always remained competitive, defending their 2017/18 NBL title. They were given plenty of scares throughout the season, with five overtime games, winning four of them. Losses down the stretch to Sydney and Cairns hurt their chances of ending the season in top spot. Sydney started off poorly, losing two straight games to Adelaide but came together as a team quite quickly to lead talks about a championship-winning team. They finished the season with a 18-0 record, the same as Melbourne and Perth, but percentage played a deciding factor that prevented them from a home court advantage.

Season form against each other: Melbourne and Sydney have played each other four times throughout the course of the season, with United taking a 3-1 lead. In Round 4, United won 77-70 at home where they didn’t give up a lead. DJ Kennedy hit 24 points with 10 rebounds. Sydney had Jerome Randle doing the hard yards with 15 points, three assists and two steals. In Round 7, at Melbourne Arena again, United survived a Sydney fightback, running out 84-82 victors. United’s Casper Ware was magnificent with 23 points, five rebounds and six assists, whereas Randle played as good as he did all season, finishing with 35 points. In Round 10 it was Sydney’s turn to host, but a 19-10 fourth quarter saw United steal a win 75-70. Andrew Bogut was massive with 11 points, 15 rebounds and four blocks. For United, David Barlow scored 12 points with 11 rebounds and three blocks in this match. Their final meeting of the season came in Round 17, again in Sydney. This time, the home side were able to manage a win, breaking a 10-game drought, claiming a 97-85 win. Randle had 21 points with six assists, while for Melbourne, Kennedy had 13 points and eight rebounds.

The game: Both teams have found ways to win away from home this season, which might work in Sydney’s favour having the possibility of traveling to Melbourne twice. United are eight wins and six losses to the Kings’ nine wins and five losses. They’re just as good with a home court advantage too, each side really getting big crowds behind them, leading them to victory. All across the court, the matchup will be entertaining as even the other players, with the likes of Mitch McCarron and David Barlow for United and Daniel Kickert and Brad Newley for the Kings providing a added spark. United have plenty of shooters that put up lots of shots, attempting 172 more shots than Sydney, and average 5.3 more points. As much as Andrew Bogut is tall, United lead the Kings by 3.7 offensive rebounds and it’s the likes of Melbourne’s forwards who leap at the ball. United steal well, however the Kings are the lowest stealing team with 4.9 this year. This season, Melbourne and United have gone head to head in converting their shots, with two percent or less from the field separating the two quality sides.

The key matchups:
Bryce Cotton v Cam Gliddon
The two top scorers for their respective sides, Gliddon will want to tighten up his defensive game in order to restrict Cotton presences. The Wildcat has averaged 27.75 points against the Bullets this season at 58.05%, so whenever Cotton feels he’s got a good look, he’ll back himself to get the points. Thoughout this season Cotton has averaged 22.5 points, and grabbed nine rebounds against Melbourne in the final game to average 3.8 for the regular season. Gliddon averages 4.5 rebounds against Perth so he certainly get high on the rim to start a quick transition. Against Perth, Gliddon averages 15.25 points, which can be a handy contribution for the Bullets. Cotton, over his two-year NBL career has been exceptional when it comes to finals. Last year, in two games, he averaged 26.5 points and in 2017, through five games, averaged 25.2 points at a combined 49.0%, definitely stepping up. The last time Gliddon played finals was in 2016, where he averaged 4.0 points in two games and before that, in 2014, he averaged 12.3 points in four games in 2014, however, a now-seven-year veteran, should know the pressure and play accordingly.

Nicholas Kay v Lamar Patterson
Kay has played the big-man role well this season, in all areas of the court. Averaging 15.3 points for the season with 8.7 rebounds, he’s helped Perth recently get back into the swing of things. Against Brisbane, Kay has scored 56 points (14.0 at 59.5%), 39 rebounds and 10 assists with five steals. Patterson was helpful for Brisbane since he came into the side, and in 22 games, are leading their scoring, rebounds (and defensive rebounds) and second for assists. Patterson’s presence has done wonders for the Bullets, who’s opponents are fearful of what he can do, and in only two games against Perth, he has played a key role. In those two games, he’s scored 30 points and had 12 rebounds.

How they got here: Perth started the season on fire, losing just one game in their first 11 matches of the season. Their season took a bit of a tumble late in the year, losing eight games in ten matches between Round 8 and Round 14. Fortunately for the Wildcats, talk of missing the playoffs sparked them and from there, won the next six to confirm their spot for a 33rd consecutive season, finishing with a 18-10 record. Brisbane fought hard for their spot, and won in Round 18 against New Zealand to overtake Adelaide on percentage for the last placing with a 14-14 record. Brisbane were the surprise outfit early in the season, especially when they beat Perth, but what brought the Bullets undone was losing games they shouldn’t have. Early on they lost to Cairns and Illawarra by lengthy margins and heading towards finals, lost to teams like the Breakers, Cairns and Sydney three times.

Season form against each other: Perth and Brisbane have battled on four occasions this season, and it’s an even ledger at two apiece. Each of the matches came within the first 10 rounds, and Brisbane were the only team to beat the Wildcats in their first 11 games. The first matchup in Round 2 went Perth’s way, 88-73. Bryce Cotton starred for the Wildcats with 28 points, three rebounds and four assists. Cam Gliddon was Brisbane’s top scorer with 13 points, adding eight rebounds. A short turnaround towards a second meeting, in Round 3, Brisbane fought back hard, taking what they’d previously learnt to not give up a lead after half time before finishing with a 100-96 win at home. They had valuable contributions from everyone, but Jason Cadee was good with 14 points, four rebounds and seven assists. For Perth, Terrico White was their best, ending the game with 19 points and six rebounds. In Round 5, it was back at RAC Arena, and another close game with the home side beating the Bullets 90-87. A strong game by both team, it was Cotton who provided 37 of the Wildcats’ points, with three rebounds and assists each. Lamar Patterson joined in for the Bullets with 13 points, and four rebounds and assists each in his second game since coming in for Alonso Gee. Their final meeting back in Round 10 was another comeback win for Brisbane, the final result being 93-86 after the Wildcats led by 14 points in the third quarter. Gliddon was a handy contributor with 24 points, three rebounds and assists each, while on the Perth roster, Cotton tried hard to get his team across the line with 29 points and three rebounds and assists each.

The game: Both sides won their respective games at home this season, so perhaps Perth is in the box seat for this finals series. Brisbane have failed to win the important games this season, and while even against Perth and 3-1 against Melbourne, they are 0-4 against the Kings this season. Brisbane have arrived into the finals on the back of some exceptional shooting though, with players like Cam Bairstow capable of draining threes (48 per cent), as well as Cam Gliddon attempting 187 from outside of which 73 found the net. Despite not playing as many games as his teammates, coming into the team in Round 4, Lamar Patterson led the Bullets season scoring (18.1), the next best being Gliddon at 13.7, which could be a reason as to why the Bullets are shooting 89.4 points per game. Although this may seem low, the Wildcats are below them – barely – at 89.3 points per game. However, when the Wildcats have the Fans MVP Bryce Cotton – who led the league scoring with 22.5 points – who can also find ways to get to the line, they are primed for big scores. A difference for this game, as they are both good shooting teams are the ability to gather the loose ball at their own basket; Perth lead this over Brisbane 13.7 to 11.5 per game and the tall timber at the Wildcats means they can get off a second chance point or pass it off to someone on the outside. Both are good with assists, and as above, Brisbane can palm it off to those with good looks from deep. Perth will be on an attack from Game 1, and will relish turnovers, of which Brisbane average 12.3 a game, which they’ll need to bring down for finals where every possession is precious.