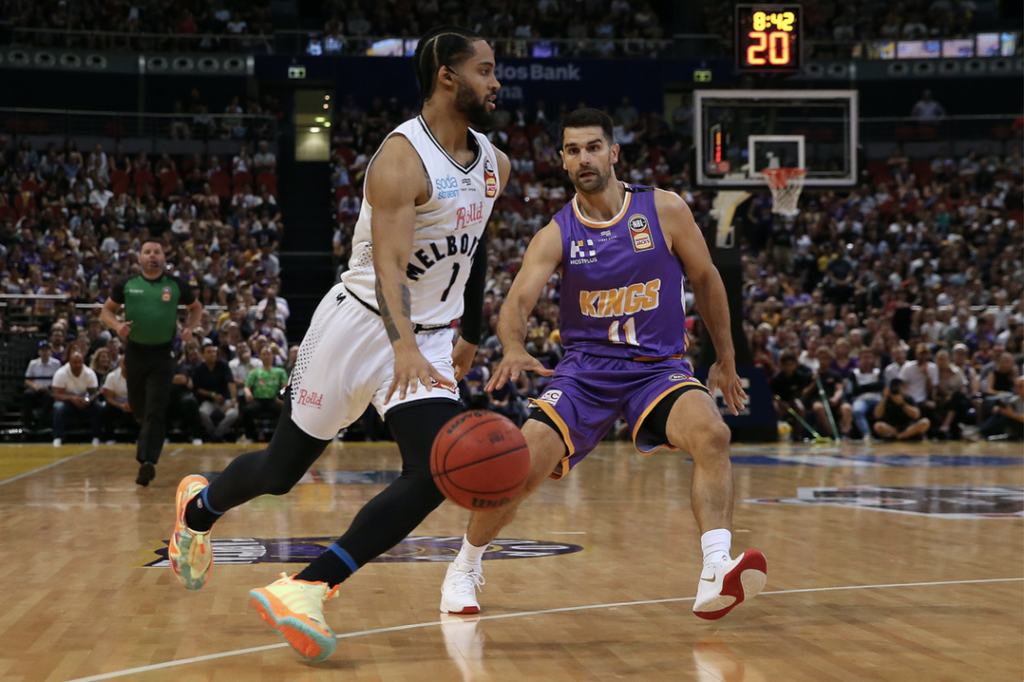 GAME 1 of the National Basketball League (NBL) clash between the Kings and United lived up to the hype with Sydney showing who’s boss in an enthralling encounter.

Despite facing a side that has only lost at home twice this season, Melbourne United was not going to lay down and concede Game 1 of their semi-final series without a fight, as they opened up their matchup against the Kings with a 7-0 run.

The plan of attack for United was clearly to exploit their accuracy from the three-point line as Chris Goulding, Melo Trimble and even Shawn Long were hitting their mark from downtown. As a result, Melbourne was looking terrific after the first half, leading a somewhat confused Sydney side that was struggling to find their stride after twenty minutes. United’s masterclass continued, as they extended their lead even further in the third quarter, but the tides started to change five minutes into the third, as Casper Ware made his first field goal of the game. Trailing by as much as 16, the Kings began their uphill climb with Jae’Sean Tate’s fastbreak layup, which in turn caused the 13,103 that were in attendance at the Qudos Bank Arena to get behind their team and will their side back into the contest. Led by the 20-year-old Brazilian import, Didi Louzada, the Kings went on to score nine unanswered points to finish off Saturday’s night clash, as well as 24 of the next 26 points scored from both sides to pull off one of the biggest upsets in NBL postseason history, edging out United 86-80 in an unwanted home scare.

While Ware was not effective against a side that he had abused so far this season (seven points and five assists), it was Tate that picked up the slack with 23 points and five rebounds, as he was a driving force in his sides come from behind triumph. Xavier Cooks was also a driving force on the night stopping one rebound short of a double-double, finishing the night with 13 points, nine rebounds and four assists, whereas Brad Newley was effective from the free-throw line going 10-12 from the charity strike. He finished with 17 points.

Trimble’s first half was phenomenal, as the import guard racked up 24 first-half points that got United’s nose out in front early in the contest. While he slowed down later on in the game, he still capped off a respectable night with 34 points and five assists in his side’s loss. Meanwhile, Long showed off his range, converting on four of his three-point attempts, which contributed to his 23 point and 10 rebounds double-double night.

Whether United can bounce back for Game 2 or not, will define how their season will be remembered, against perhaps one of the best NBL teams in history.