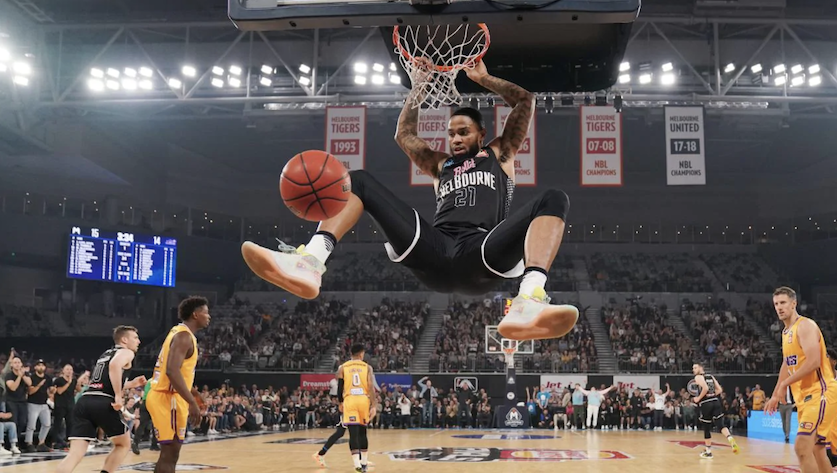 MELBOURNE United has forced historians to pour through the history books after an unbelievable performance in the second of a best-of-three semi-finals series against the Sydney Kings. United not only broke finals records, but season ones as well, with the home side winning by a whopping 45 points – the most ever recorded in the 40-minute era of the National Basketball League (NBL)

Along with the biggest ever winning margin, United posted its highest ever score of 125, led by the most at half-time of any side this season (27 points) and held the highest three-quarter time score by any team in the 40-minute era (103 points). If this was not enough, the sheer dominance within the game saw United go on an absolute tear and sink 38 consecutive points in a mind-boggling display of skill. The home side was as impressive as the visitors were terrible, in a night they would rather quickly prefer to forget.

A second quarter where the Kings only scored seven points all but ended any chance they had of mounting a comeback in a similar vein to Game 1, trailing by 27 at the half. Melbourne reached triple-figure points by the end of the third term, and despite Sydney’s best efforts – were unstoppable on offence with 45 points in the quarter. With both sides well aware the game was over, the benches came on in the final term which Sydney won by three points to avoid an even worse losing margin by the final buzzer.

Shawn Long picked up yet another double-double with 26 points and 11 rebounds, dominating opposition center and NBA talent, Andrew Bogut (0 points, three rebounds and four turnovers). Melo Trimble led the way from the smalls with 21 points, two rebounds and two steals, while Shea Ili showed again he could have the better of Casper Ware, with the former Breakers star nailing 14 points and three assists, outscoring Ware who finished with 10 points and two assists. American import, Stanton Kidd put up 18 points, four rebounds and one block, while Jo Lual Acuil made the most of extra court time to record 17 points, five rebounds and three assists. Veteran, Chris Goulding also reached double-figure points, one of six United players to do so, which did not include Mitch McCarron‘s effort of five points, five rebounds, six assists and three steals with game-highs in both assists and steals.

It was not a night to remember for the minor premiers, but Jae-Sean Tate was a lone hand, shooting 18 points as well as six rebounds and an assist, while Didi Louzada (10 points, three rebounds, two assists and an equal game-high three steals) and Lucas Walker (10 points, three rebounds) were also solid on the night. Xavier Cooks was still prominent off the boards with seven rebounds to go with six points, while Brad Newley managed six boards with just two points.

It is hard to read into the result, with Melbourne stunning both the Kings and fans in attendance. Melbourne arguably could have already been through to an NBL grand final after letting Game 1 slip away in the fourth term. United certainly made up for it in Game 2, but they have to carry that momentum into Game 3 this Thursday at Qudos Bank Arena from 7.30pm for the deciding game in the series.