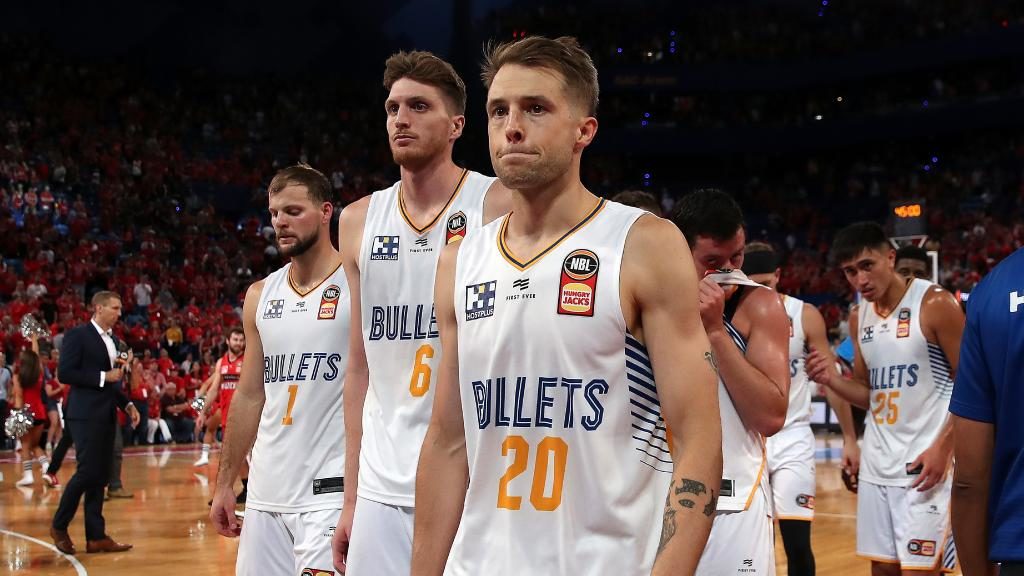 EVERYTHING that would set up a very important Round 20 next week came to fruition, with victories from the Breakers and United headlining the weekend, whereas back-to-back defeats for the Bullets against the Breakers and Perth could prove detrimental as they face-off with the Taipans next Saturday. A nail-biting victory from the Kings against the Phoenix went to overtime, while Cairns solidified their third seed with a convincing outcome over in Adelaide. Here’s what occurred in a decisive Round 19.

As a game with a lot of writing on it, the atmosphere at Nissan Arena was electric to say the least. Following an offensive blitz to open up the game with a 10-0 run, the Bullets kept the Breakers at bay for three-quarters. But, the Breakers, led by Scotty Hopson stuck around with 10 minutes left to play in what was one of the most entertaining quarters of basketball this NBL season. After exploiting his matchup on Lamar Patterson for the majority of the game, Hopson would again drive by his fellow MVP candidate to put his Breakers side up by four, with less than two minutes remaining. A layup by Finn Delaney sealed it for New Zealand, ending one of the longest winning streaks of the season and reigniting the race for the final postseason spot. The main difference maker was the turnover to points ratio, as New Zealand forced 13 turnovers out of Brisbane and capitalised with 19 points as a result, compared to Brisbane’s seven. Hopson put on a stellar performance with 31 points, seven rebounds and four assists, while his supporting cast in Sek Henry and Delaney (11 rebounds) was impressive, with both scoring 15 points. Carrying his side on his shoulders, Nathan Sobey put his best foot forward, rounding up 30 points of his own, whereas a limited Patterson conjured up just 18 points. Given the Breakers only had one game in Round 19, they will have to wait for next week, when they face off with the Phoenix to try to earn a finals spot. But the Bullets had to move on quickly with a clash on Sunday against an in-form Wildcats.

If Melbourne United was to have any chance of sneaking into the top four, a win against the Illawarra Hawks was an absolute must on Saturday night and in front of their home crowd, a performance is what they put on. From start to finish, United dominated in almost every area, particularly on the boards, earning a plus-nine on the glass, out rebounding the Hawks 51-42. This neutralised Illawarra’s numerous attempts at closing the deficit, eventually ending in a 23-point drubbing, which kept Melbourne’s slim yet possible finals chance alive. In a slight turn of events, no one from United put up spectacular numbers, but with six individuals hitting double-digits, it is hard to fault the team’s efforts. The lone case for an above-average performance which could have been argued, was Chris Goulding’s 20 points. Shooting six three-pointers and collecting five rebounds, Goulding showed a statement that should his side make the playoffs, then every team should be worried about Melbourne as an opponent. Shawn Long and Melo Trimble proved to be relevant to their side’s victory, with both putting up 13 points apiece, Trimble going one assist short of a double-double, and Long doing the same in rebounds. For Illawarra, Andrew Ogilvy led his side in points with 15, along with seven assists, as Josh Boone put up respectable statistics with 10 points and seven rebounds. With Illawarra’s fate for their season decided a long time ago, attention went towards Melbourne United’s next round as they size up a double-header, clashing with Cairns on Thursday night, then the final Throwdown of the season three days later against the Phoenix, needing to win both games if they are to have any chance of sneaking past New Zealand and Brisbane.

While Adelaide’s loss last week to New Zealand eliminated their chances of making the finals, Cairns’ aspirations to finish off one of their best seasons to date did not waver as they pummelled Adelaide in front of their own fans taking out the contest by 19 points. Despite, Adelaide’s bench getting up on the scoreboard with 46 points compared to Cairns’ 24, it was once agains the Taipans’ starting five that pushed on the accelerator, as the ‘big three’ produced once again. With Cameron Oliver being the top-scorer this time around (31 points, 11 rebounds, two blocks), Dj Newbill shooting at a high-clip (17 points, four assists and 50 per cent shooting) and Scott Machado facilitating the offence as usual (12 points, seven rebounds, six assists), their run to the finals is making Cairns’ a scarier and scarier prospect to face for Sydney and Perth. With Joey Wright allowing his secondary players some more court time, a more levelled scoring output was the summary for the 36ers stat line. Daniel Johnson led the side with 14 points, eight rebounds and five assists, while Jerome Randle only managed a mere nine points, six rebounds and five assists in 28 minutes of play. Cairns’ last leg of the season is looking better and better as they have now come out on top in their last four encounters, improving their season record to 16 wins and 10 losses, whereas Adelaide cemented their season spot in seventh with the final round still yet to play.

Given the fact that the Phoenix were in the midst of a five-game skid, the game should have been a runaway for the top-of-the-table Kings, but it was anything but that, as a resilient South-East Melbourne side pushed the championship favourites to the limit. With Sydney getting out to an eight-point lead at the end of the first quarter, not many people saw a Phoenix comeback on the horizon. However, led by their backcourt in John Roberson and a surprisingly dominant performance by Kyle Adnam, South East Melbourne won the next two quarters to tie up the contest at the final break. Good shooting by both sides was the summary of the final quarter, one that was neck and neck the entire way. After a loose ball foul from Kings’ guard Jae’Sean Tate with two seconds remaining, Phoenix forward Dane Pineau went to the line and sunk both free-throws in clutch fashion tying the game up and sending the clash to overtime. But a big three from Deshon Taylor put the Kings up by seven with just over a minute remaining after regulation, holding off the Phoenix at the buzzer and coming out victorious by three points and solidifying their position as the minor premiers of the 2019/20 NBL season. Casper Ware and Tate were once again the main culprits in the Kings’ stolen victory down in Melbourne, with Ware securing 24 points and Tate with 17 points and nine rebounds. A good performance from Taylor saw him collect 12 points whereas Brad Newley found his stroke with 14 points and seven rebounds. Roberson and Adnam each led the Phoenix with 19 points, while Mitch Creek finished with 14 points and nine rebounds. A sixth straight loss was the result for the Phoenix and sets up a final chance for redemption ahead of their double-header in Round 20. The Kings log their nineteenth victory of the season and hold off Perth in the race for top spot, even if they get unfavourable results next week due to their impressive points percentage.

Coming off a demoralising loss to New Zealand in the round-opener on Friday, Brisbane needed a win to basically secure their ticket to the postseason. However, their ambitions took another hit as the crowd at RAC Arena proved too much for a now deflated Brisbane Bullets outfit. In what was a predominantly close game, Brisbane actually looked a chance to hand Perth their fourth home loss of the season, but the awesome play of Bryce Cotton and Nicholas Kay was the main factor in deciding the fourth quarter, getting Perth’s lead out to double-digits and maintaining their distance from the Bullets, ending in victory by a convincing 13 points. Cotton’s 25 points, six rebounds and five assists were impressive enough as it was, but Kay’s 23 points, eight rebounds and five assists only created further problems for the Bullets. Clint Steindl also hampered Brisbane’s defence as four three-pointers and 14 points only rounded out Perth’s night. Patterson showed off his stat-filling abilities once again with 25 points and 11 rebounds, while Sobey and Matthew Hodgson each had 11 points on the night. Brisbane now has their work cut out for them in the final round of the season, after losing back-to-back games over the weekend. To make matters worse, New Zealand now sits in fourth position due to points percentage, as well as the deciding matchup for Brisbane being at home against the third seeded Cairns Taipans next Saturday. Perth’s win solidifies second position for the season, with a matchup against Cairns being the almost definite semi-final matchup.